World Cup 2018 – How do the favourites stack up economically?

Football fever is once again gripping the globe as the World Cup kicked off in Moscow last week. While we will watch with interest we’re certainly not in the business of picking winners on the pitch, preferring to stick to our knitting and focus in on markets instead.

Some may say the winners economically will be the Russian hosts. However, while there is a positive impact of hosting the tournament there are also greater costs involved. Moody Investor Services; one of the large rating agencies, has assessed that the economic benefit is likely to be “short-lived” and commented that much of the economic gain had already been attained through infrastructure spending that had occurred in the years ahead of the tournament. Even the World Cup related investments are only likely to have accounted for c. 1% of investments in Russia 2013-2017. 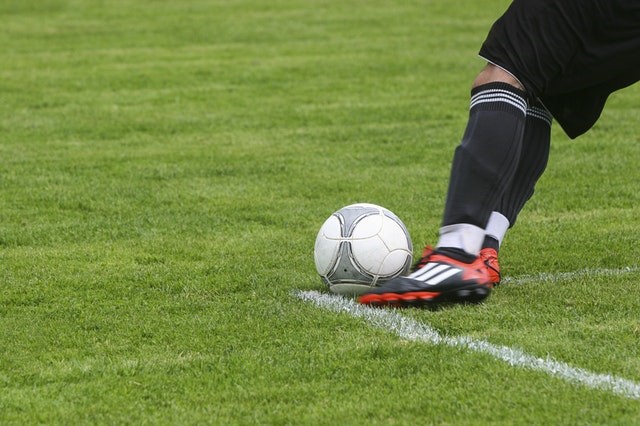 In the spirit of football’s greatest show, we thought it would be an interesting exercise to analyse the economic prospects of the three nations most likely to lift the trophy on the 15th July.

The largest country in South America was one of the darlings of the 2000’s but has recently been brought down by a series of corruption scandals at the highest levels of politics that have contributed to an economic slowdown. As of the last reading in March GDP growth was ticking along at 1.2% year on year. Unemployment is a problem for the emerging market with 12.9% of the working-age population out of a job – a staggering 13.4m people. The country’s benchmark stock market – the Ibovespa – has struggled recently in the wake of growing political risks and pressure on the Brazilian Real but has generated good returns over the past year as a whole.

Brazil still retains some of the characteristics that made Jim O’Neill of Goldman Sachs name it as one of his high growth ‘BRICs’ countries (Brazil/Russia/India/China) in 2001. The nation has significant mineral and oil wealth and maintains a place at the heart of Latin America that has made Brazil’s banks (including the likes of Itau Unibanco) some of the most interesting in the emerging world..

Spain was hit hard by the European Sovereign Debt Crisis of 2009 – hampering the country’s recovery following the Global Financial Crisis of 2007/8. While many of us associate the GFC with images of empty, foreclosed American homes – Spain’s economy was also dealt a heavy blow through its property sector. Cheap financing, aided by the Euro led to a massive boom in the Construction Sector. Spanish GDP only recovered to the levels seen in Q4 2007 at the end of 2016. GDP is improving hitting 3% annualised in March but with unemployment at 16.7% there is some way yet to go.

However, the country does house a number of world-class, global companies that you may (or may not) recognise. Banco Santander, Telefonica (owners of the  O2 mobile network), and Inditex (better known by their Zara brand in the UK) are all strong global companies that have in recent years offered better value than peers in other countries. The Spanish market has highlighted how from time to time companies can become unfairly discounted on the basis of where they base their HQ, and how investors can take advantage of political turmoil to buy those companies with solid balance sheets and financial prospects.

The winner’s in 2014 were once again the favourites to lift the trophy in 2018 (although I acknowledge the odds may have widened a little after an opening defeat at the hands of Mexico). Germany have also been global winners. The annual GDP growth is in line with the country’s average at 2.3% annualised while unemployment sits at an incredibly low level of 3.4%. Indeed, it’s high level of employment may become one of Germany’s key problems. As economic expansion and therefore job creation continue companies could struggle to find workers to fill them – this, in turn, could lead them to offer higher wages to attract workers from other jobs, driving inflation higher. As part of the Euro project, Germany has benefited greatly from a weaker currency than their economy should perhaps permit – in a world that still contained the Deutschmark, the Franc and the Peseta the German currency would undoubtedly be the most expensive. The Euro has kept German exports (particularly in the auto sector) competitive and kept the engine of Eurozone growth fuelled. However, with the Euro, the Germans have also lost some control over their own monetary policy and (tied as they are to some of the weaker economies in Europe that are only just ready to be weaned of monetary stimulus) tightening rates to control inflation is unlikely to happen.

Still, the market leaders of Germany continue to dominate globally. The automotive trio of BMW, Volkswagen and Daimler together generate more than half a trillion dollars of revenue per annum while Siemens and Bosch further expand Germany’s influence in the engineering sector. Meanwhile, BASF is one of the largest names in the chemicals sector and Bayer one of the globe’s biggest Pharmaceutical companies. The catch? Much like in the world of football the favourites are an expensive bet – with typically high prices relative to their earnings (particularly when compared with global peers). When these companies fail to deliver or are caught up in negative news flow (such as the diesel scandal that has engulfed the auto sector) the market can be especially punishing.

Here at Blackadders Wealth Management, we feel there are two key things to keep in mind when looking overseas for potential investments:

Some countries have stock markets that are highly unrepresentative of their actual, underlying economies – the UK is a great example with the FTSE 100 heavily skewed to companies in the Oil & Gas, Mining and Banking sectors. We have to be aware of the makeup of the stock-market itself as much as the economic prospects of the country in question.

International equities can make a great addition to a portfolio – helping to spread our risk and gain access to some really exciting companies from across the globe. However, we never want to get too focused in on one good story as there is always a possibility that the future will not pan out as we expect. Stars like Messi, Ronaldo or Neymar might dazzle with moments of brilliance – but a strong team is the key to lifting the trophy.

For more information on any of the matter raised in this article please contact a member of the Blackadders Wealth Management team.