Negotiations between the UK and EU on our post-Brexit transition period trading relationship with the EU from 1st January 2021 concluded on 24th December 2020 with the UK-EU Trade and Cooperation Agreement (“the Agreement”).

The “no tariffs and no trade barriers” headline basis of the Agreement is, however, conditional. If your import from or export to the EU doesn’t meet those conditions, the post-Brexit “deal” set out in the Agreement will not apply and you will default to trading on WTO terms.

The nature of the Agreement

The “deal” contained in the Agreement’s 1264 pages and the ancillary documents is in essence an international treaty between the UK and EU. Although the UK chose not to delay approval, the agreement is provisional pending full EU scrutiny – which will run until the end of February 2021.

The Agreement will fall to be interpreted and applied in accordance with the rules of international law, including the Vienna Convention on the Law Treaties of 1969, rather than UK or EU law. Section 29 of the European Union (Future Relationship) Act 2020 contains the sweeping provision that from 1st January 2021 all existing domestic law across the UK will be subject to such modifications as are required to implement the Agreement. The Agreement itself though does not confer rights or obligations which can be directly invoked in domestic law by private citizens or businesses.

Established in 1995 and based in Geneva, the World Trade Organisation (WTO) is the only international organisation dealing with the global rules of trade. Although not part of the UN family of bodies, the WTO does have near-global membership, including China (since 2001) and Russia (since 2012). The UK took its own seat at the WTO, separate from the EU, on 1st February 2020.

The WTO’s main function is to ensure trade flows as smoothly, predictably and freely as possible. The 30,000-plus pages of treaties and associated commitments by governments which make up “WTO rules” include provisions on subsidies and public procurement. Its coverage now extends beyond goods to services and intellectual property (including geographic indicators of origin). It has rule-making, monitoring and dispute settlement functions. There are also emerging subsidiary agreements between groups of member countries on topics such as e-commerce, domestic regulations and investments.

Each WTO member has to publish a table listing the customs tariffs to be applied to goods imported to it. These “schedules” are lengthy with complex listings to distinguish between different types of goods. WTO “most-favoured-nation” (MFN) rules require all WTO members to be treated equally – with preferences granted to one country extended to all other WTO members.

The MFN rules, however, have an exception in that preferences (i.e. customs duty discounts or waivers and relaxations in other trade requirements) can be agreed as part of a “free trade agreement” (FTA).

The UK-EU Agreement is a FTA for WTO rule purposes – hence the “no tariffs and no trade barriers” headlines. The application of the Agreement, however, is not as straightforward as initial official summaries might suggest, as for your trade with the EU to benefit from the negotiated preferences you will need to meet the conditions set out in the Agreement. This is significant because, as many businesses have already found, the devil really is in the detail… and the accompanying red tape.

For example, to qualify for the reduced preferential tariffs agreed under the Agreement, the goods being imported must be of UK or EU “origin” (under the detailed rules for determining that, which are set out in the Agreement). Goods which do not meet the “origin” test are not covered by the Agreement; the concessions agreed in the post-Brexit deal will not apply and, by default, the third country position under WTO rules will apply. The same applies wherever there is no trade agreement to apply.

The UK ceased to benefit from the EU’s trade agreements with other states and trading blocs at the expiry of the Brexit transition period. The UK has therefore been seeking free trade agreements of its own. A trade agreement has been reached with Japan. Negotiations have begun with the USA, Australia and New Zealand with an interim “mutual recognition agreement” on processes that confirm whether a product meets the specified legal requirements agreed with each of them.

“Trade continuity agreements” to replicate the effects of the EU trade agreements have also been sought and agreed with other trading partners including Canada, Switzerland, Norway, South Korea and South Africa.  There is no trade agreement yet between the UK and China, India or Brazil.

The WTO rules not only provide the default set of trade rules but the context within which individual trade agreements and the mechanisms they contain or refer to sit. That includes the complex “rules of origin” that many UK businesses are now grappling with to understand the UK-EU Agreement. It also includes the remedies rules which sanctioned President Trump’s imposition of punitive tariffs on Scotch whisky and shortbread exports in retaliation to the EU-USA dispute over Airbus subsidies.

I was a member of the Scottish Government-led capacity building delegation which visited Geneva last year to meet WTO officials and UK diplomatic staff who engage with them, to learn first-hand the workings of the body and how to engage with it.

As noted above, unlike the position under EU law, individual citizens or companies do not have a right to bring a dispute before the WTO. That is the preserve of member states. Nonetheless, one of the key messages I took from the visit to Geneva was that there is an opportunity and a need for individual businesses and trade organisations to engage with the WTO process with our own government and in Geneva. To do so needs professional advisors both at home and in Geneva who understand not only the WTO rules but also how the system operates. In many ways that is no different to domestic commercial law or parliamentary law work. The stakes and thus the necessary leverage, however, may not be for the faint-hearted.

Benjamin Franklin, one of the Founding Fathers of the United States, once said “No nation was ever ruined by trade”. Let’s hope the same applies to rules of origin and export – import documentation.

We’re here to help and we’re updating and supplementing the Brexit support materials on our Business Hub. If you haven’t already done so, please subscribe here to be the first to hear about our new briefings.

If you have any post-Brexit international trade questions in the meantime please contact me, Anderson Strathern’s Brexit and Business Resilience Lead, Neil Amner. 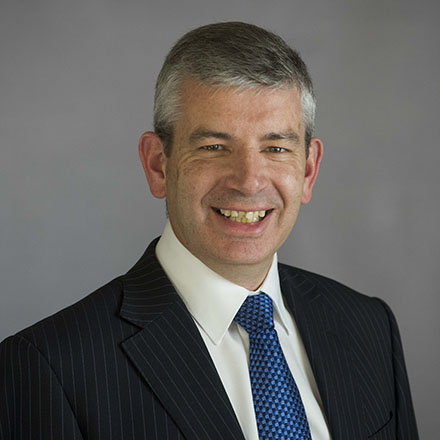 You may find the following articles and updates useful: