A prominent West Lothian business woman has been appointed as a member of the Court of Queen Margaret University (QMU), Edinburgh. 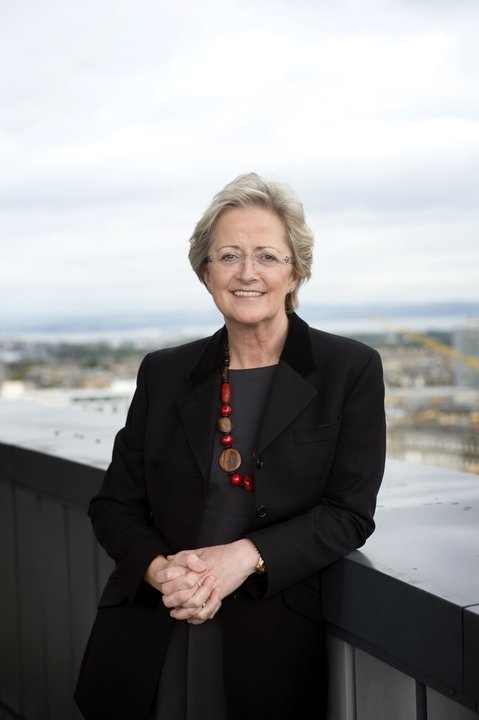 Cynthia Guthrie, Joint Managing Director at the West Lothian-based Guthrie Group Ltd and former Board Member of West Lothian Chamber of Commerce has taken up her appointment to serve for three years in the first instance.

Ms Guthrie brings wide-ranging experience in governance, strategic planning and organisational development to the role, as well as a successful business career which spans four decades. She has been on the Board of Governors for West Lothian College for over four years and has also been Chair of WhatELSE – the Edinburgh & Lothians Safety & Environmental Group since 2011.

In her earlier career, Ms Guthrie held senior human resources and personnel positions throughout the UK, including Ferranti Defence Systems Plc and as Group HR Director for British Sky Broadcasting.

Ms Guthrie was appointed to the role after public advertisement and interview by an appointment panel, whose membership included staff and student members of the University.

Professor Petra Wend, Principal and Vice Chancellor of QMU, said: “I’m pleased to welcome Cynthia Guthrie as our latest member of Court. I believe she can help us realise the ambitious and enterprising plans set out in our strategic plan.”

Cynthia Guthrie, added: “It’s a great privilege to have been appointed as a member of Queen Margaret University’s Court. I’m looking forward to working with other Court members, staff and students, to help add value to the University’s reputation as a leading centre of ideas and influence.”

Guthrie Group Ltd is one of the largest independent, family owned distributors of health & safety and facilities supplies in Scotland.