Virgin Trains will hand over the reins of the East Coast business to London North Eastern Railway (LNER) this weekend, after a successful demobilisation operation focussed on delivering continuity for customers.

The change of ownership comes after Virgin Trains delivered industry-leading customer satisfaction scores, invested £75 million in improving services and increased payments to taxpayers by 30%, both far higher than under DOR, which previously operated the route. 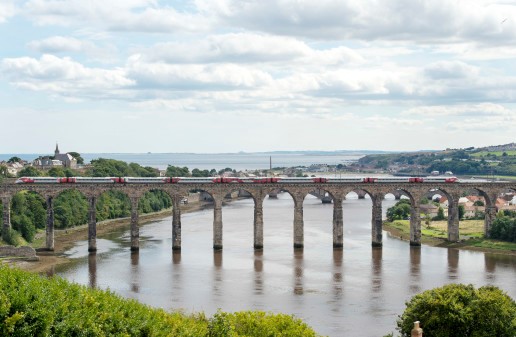 A package of customer improvements has helped drive record passenger numbers and strong business growth this year, bucking a downwards trend in rail travel. In recent months, passenger numbers have grown by 5%, building on a record-breaking 21.8m journeys in 2017/18, 1.3m more than when Virgin Trains took over the east coast route in 2015.

The operator, which is 90% owned by Stagecoach Group and 10% by Virgin Group, has also prepared for the next phase of improvements in customer services with the introduction of the state-of-the-art fleet of 65 Azuma trains from this December.

Testing of the trains, whose name means “East” in Japanese, continued this week with visits to the last of 57 stations on the network as far apart as London King’s Cross and Inverness to ensure platform compatibility.

A slowdown in long-distance rail travel in the early years of the franchise led to Stagecoach/Virgin subsidising premia payments to Government with more than £200m of shareholders’ money and the early end of the East Coast contract.

Martin Griffiths, Chief Executive of Stagecoach Group, said he was proud of the achievements made during Virgin Trains’ tenure, despite the contractual challenges it faced. “Our people can be fiercely proud of everything they’ve achieved: from delivering huge investment and high levels of customer satisfaction, to providing new services and benefits for passengers and creating hundreds of new jobs. The growth we’re now seeing proves our initiatives are paying off and the railway we hand over to LNER is not only better than we inherited, but one that has been positively transformed for customers and ready to continue our journey of improvement with the introduction of the new Azuma train fleet from December.”

Virgin Trains took over the east coast route, which connects London to stations in the north and Scotland including York, Leeds, Newcastle, Edinburgh, Aberdeen and Inverness, in March 2015.

Over the last three years, the operator has completely overhauled the train interiors, investing in more reliable train engines and introducing innovative features for customers such as Seatfrog, an auction allowing customers to bid for upgrades to First Class. More than £800m has been paid to taxpayers, an increase of more than 30% on previous payments to Government under DOR.

Virgin Trains West Coast business, which has connected London to cities including Birmingham, Manchester, Preston and Glasgow since 1997, is a separate business and unaffected by the changes to the East Coast franchise.