Vikings, Romans and Covenanters get ready to rock Dumbarton Castle 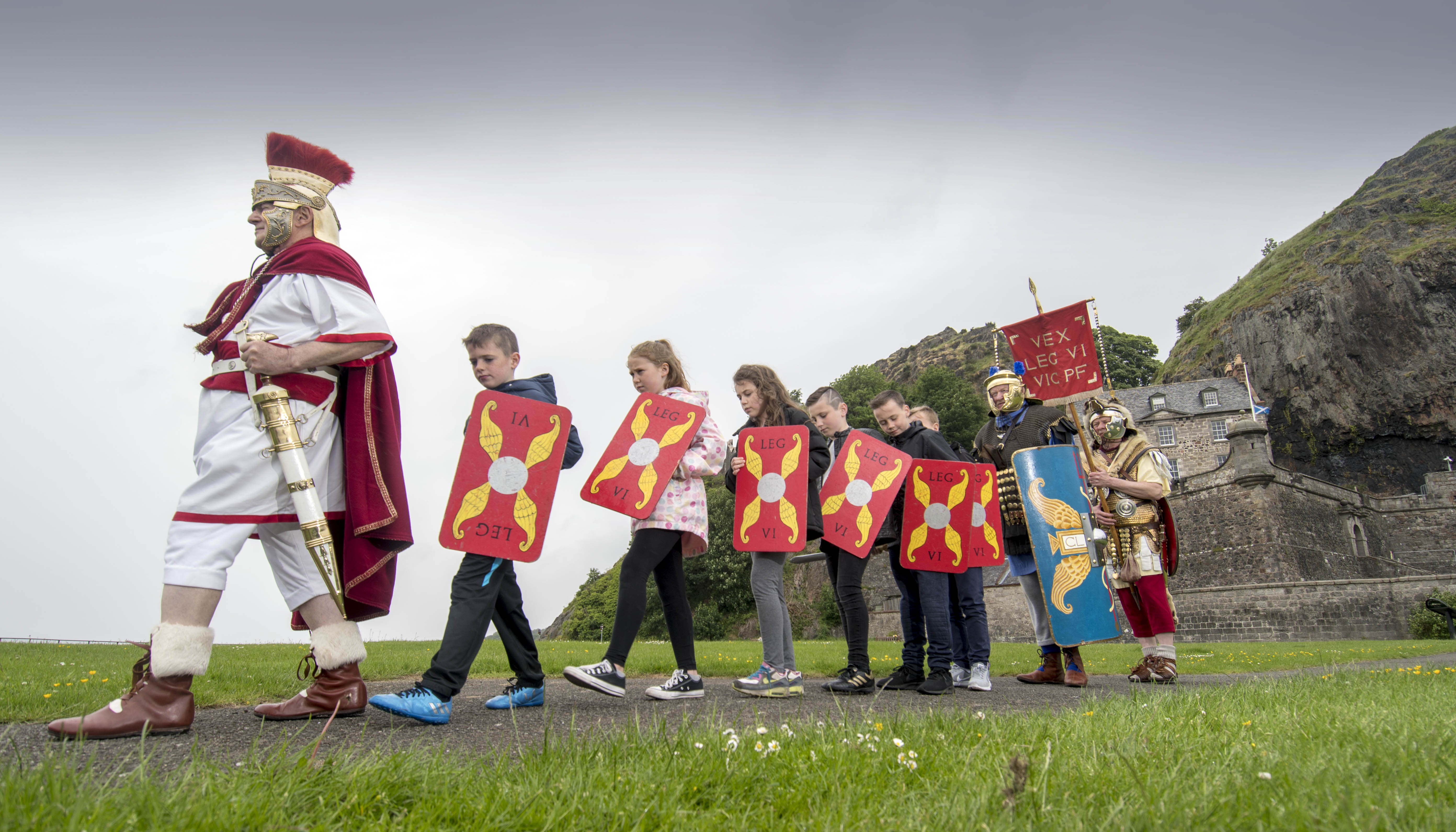 A colourful cast of costumed performers will descend on Dumbarton Castle this weekend (Saturday 10 and Sunday 11 June) for The Rock of Ages event as part of Scotland’s Year of History, Heritage and Archaeology.

Celebrating 2,000 years of history, the castle will play host to a fun-filled family day out, offering visitors the chance to watch in awe as a cast of more than 100 characters bring history to life.

The History Bug will be in full effect as visitors head to the living history camps to step back into Scotland’s past and come face to face with Vikings, Romans and Covenanters. Watch in excitement as fearless warriors go-head-to-head in thrilling battles and learn about the tumultuous sieges that took place at the castle.

Run by Historic Environment Scotland (HES), the event will give visitors the chance to delve into the secrets of the castle as they learn more about cooking, traditions, armour and weaponry through the ages, with the opportunity to take part in a range of hands-on activities including medieval calligraphy, soap carving, stonemasonry and even crafting their very own mini-mangonels and Roman pottery to take home.

Fran Caine, Assistant Events Manager at HES (which run Historic Scotland sites), said: “We’re very pleased to bring back The Rock of Ages event for another exciting year – the only one of its kind on the west coast of Scotland.

“2017 is Scotland’s Year of History, Heritage and Archaeology, and this year’s event is set to be more vibrant, exciting and colourful than ever before.

“Locals and visitors of all ages are welcome to come along and witness Dumbarton Castle’s colourful past and explore its captivating history. With so much to see and do, it’s set to be a thrilling and unmissable two-day event!”

HES, Scotland’s lead body for the historic environment, are encouraging families to ‘catch the history bug’ in the themed year of History, Heritage and Archaeology 2017.

Pictured above; John Richardson as Gaius Iulius Raetucus, a Tribune of the Antonine period, AD120, leads pupils from Dumbarton’s Knoxhill Primary School and two soldiers of his Legion, picture by Donald MacLeod