Trainspotting …. with ScotRail’s own T2

The long-awaited sequel to Trainspotting may be known as T2 – but to a team of railway engineers T2 means something completely different.

For T2 is also the working title for the first of a new fleet of 70 trains to arrive in Scotland. 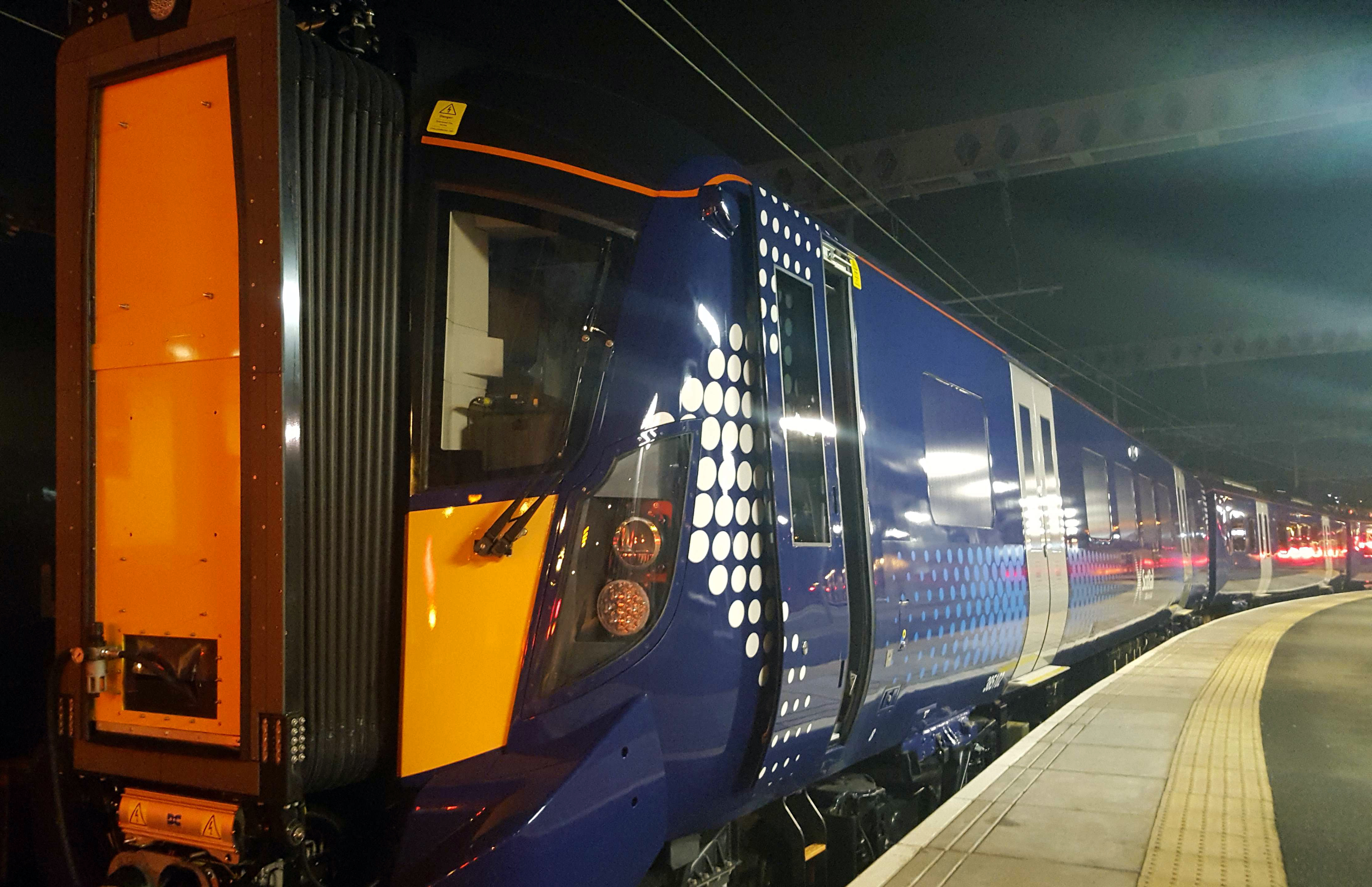 As the ScotRail Alliance prepares for the new trains, testing of the four-carriage test train – T2 – is taking place overnight, so it doesn’t disrupt any of the 2,800 services that run each day in Scotland.

The Hitachi-built Class 385 fleet will be phased into passenger service from September, delivering more seats, faster journeys and a much greener and cleaner travelling experience for customers across the central belt.

Ian McConnell, programmes and transformation director for the ScotRail Alliance, said: “It’s fantastic to have the first of our new trains actually running on Scotland’s railway as this means we are one step closer to making them available to our customers.

But before we do that, we have to make sure each train is fully tested on the network. That means ensuring that it interacts properly with railway infrastructure such as signals and overhead lines, and that’s what the team is focussing on right now.

“T2 is not yet fitted with seats and tables so we’re using sandbags to represent the weight of these, as well as passengers. That means we are carrying out our tests in realistic conditions.

“Up next will be the second phase of testing, when the new fleet will be allowed to operate on the network alongside other trains. That is likely to begin in spring on two routes from Edinburgh, to North Berwick and to Glasgow via Falkirk High – so great opportunities for train spotting!”

“This is another significant step towards delivering more reliable trains and much more capacity across the Scottish network. I have already seen the train up close and I know passengers will be looking forward to travelling on the new fleet as they are gradually introduced into service from September across the central belt. This will play a major part in delivering more than 23% extra seats on ScotRail services by 2019, but we are of course working hard with the industry to do more before then to address capacity  issues.”

“The transport network in Scotland is vital to businesses in every part of the country – from connecting businesses across cities to making sure commuters have a diverse range of reliable travel options. As a result of ScotRail’s large scale investment, passengers will be able to experience more modern, comfortable and accessible trains. ScotRail’s commitment to the rail network and to customer service is clear, and will have a positive long-term impact for businesses, commuters & tourists.”

Hitachi Rail Project Manager Andy Radford said: “It’s great to see the first of our brand new style of trains out for testing on the Scottish rail network. Hitachi’s trains have a reputation for their quality design and reliable running so passengers will soon be feeling the benefits of trains that use leading Japanese technology and are built in the UK. ”

The new trains are being built by Hitachi Rail Europe at its state-of-the-art facility in Newton Aycliffe, County Durham.

Video footage of the train night testing can be viewed at www.scotrail.co.uk/newtrains