They were honoured at the second annual Your Recognition Awards. The event, held at the Radisson Blu Hotel in Glasgow on Saturday (19 November) and hosted by radio presenter and DJ, Gina McKie, celebrated staff achievements throughout the year and was attended by 210 ScotRail Alliance employees and guests. 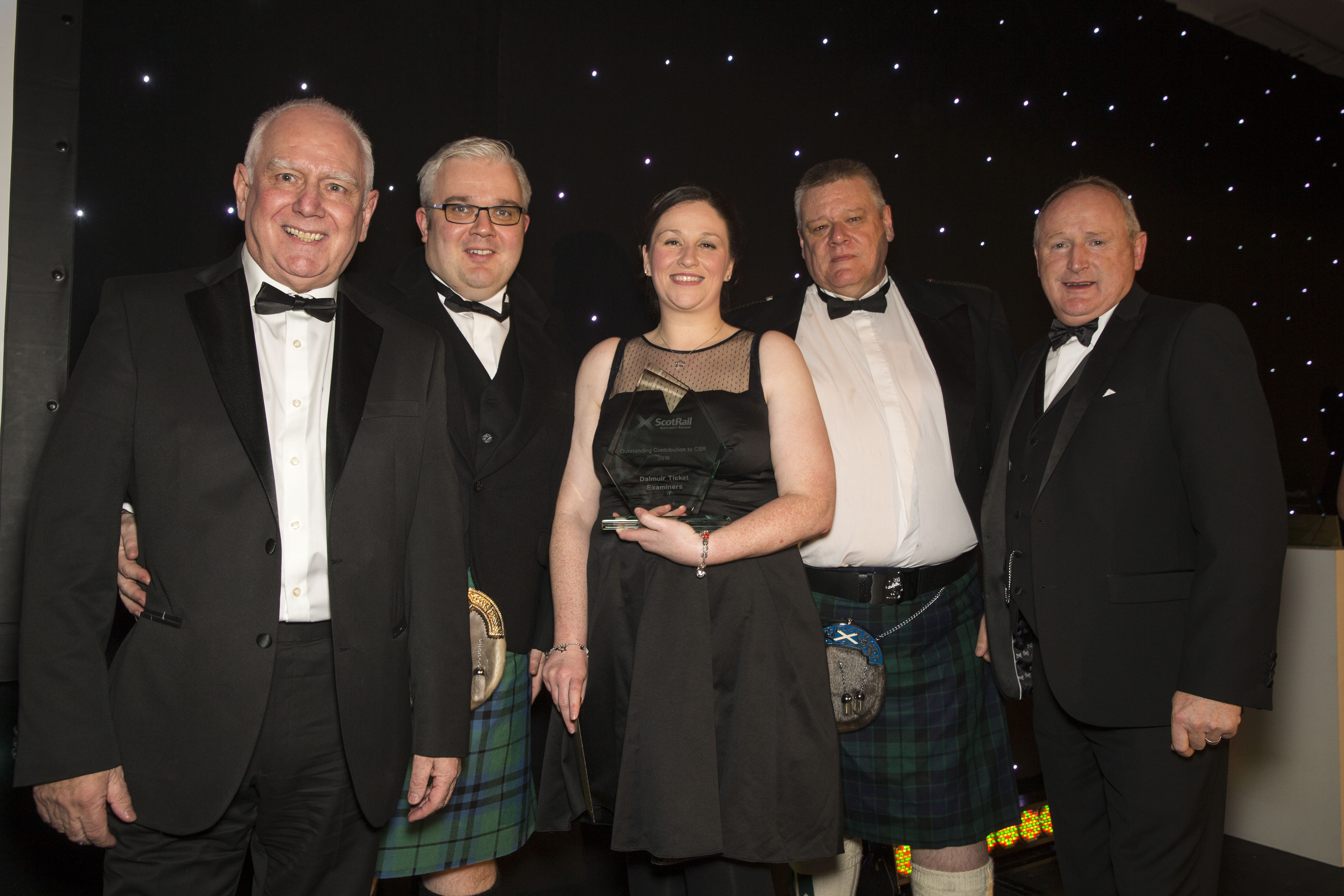 The team – comprised of Pat Kane and Marie Fox from Clydebank, James Barrowman from Dumbarton and Alan Hayward from Old Kilpatrick – received the accolade for their success in setting up a social club fund, which has raised money for charity.

Through a variety of activities for staff to get involved in, such as paintballing and cake bake sales, their efforts helped raise over £1,000 for several local causes this year, having raised over £500 the previous year.

James Barrowman said: “We don’t do the work to be recognised, and we never thought we would be recognised. We set out to support local charities that mean something to someone in our depot, someone who has been touched in some way by these charities.”

Marie Fox added: “I was gobsmacked, I didn’t think we’d win, but it is amazing work that we’ve all done as a team. Our bake sales are very popular and people are always asking us when the next one will be.”

“I’m proud to have the team at Dalmuir represent the ScotRail Alliance, as they set a great example for other employees. It’s great to get the chance to say thank you to a deserving winner, and to recognise the team for their efforts.”

The 2016 Employee of the Year and Team of the Year, and several other ‘Outstanding Contribution’ awards, were also presented on the night.

As well as celebrating staff achievements, fundraising for Alzheimer’s Research UK was a key focus of the evening and guests dug deep to raise almost £3,000 for the charity.

Steve Frost, Head of Corporate Partnerships for Alzheimer’s Research UK said: “We would like to say a big thank you to everyone who donated at the Recognition Awards.