Seeing the potential of a lucrative niche market is easy – once someone has pointed it out to you. The skill lies with the person who has the knowledge, expertise and vision to identify it in the first place.

That skill was what Alan Jeffrey, now one of the most experienced property professionals in Scotland, had up his sleeve when he walked in to the impressive Boardroom of DM Hall Chartered Surveyors almost 20 years ago to the day to face a “daunting” panel of senior partners. 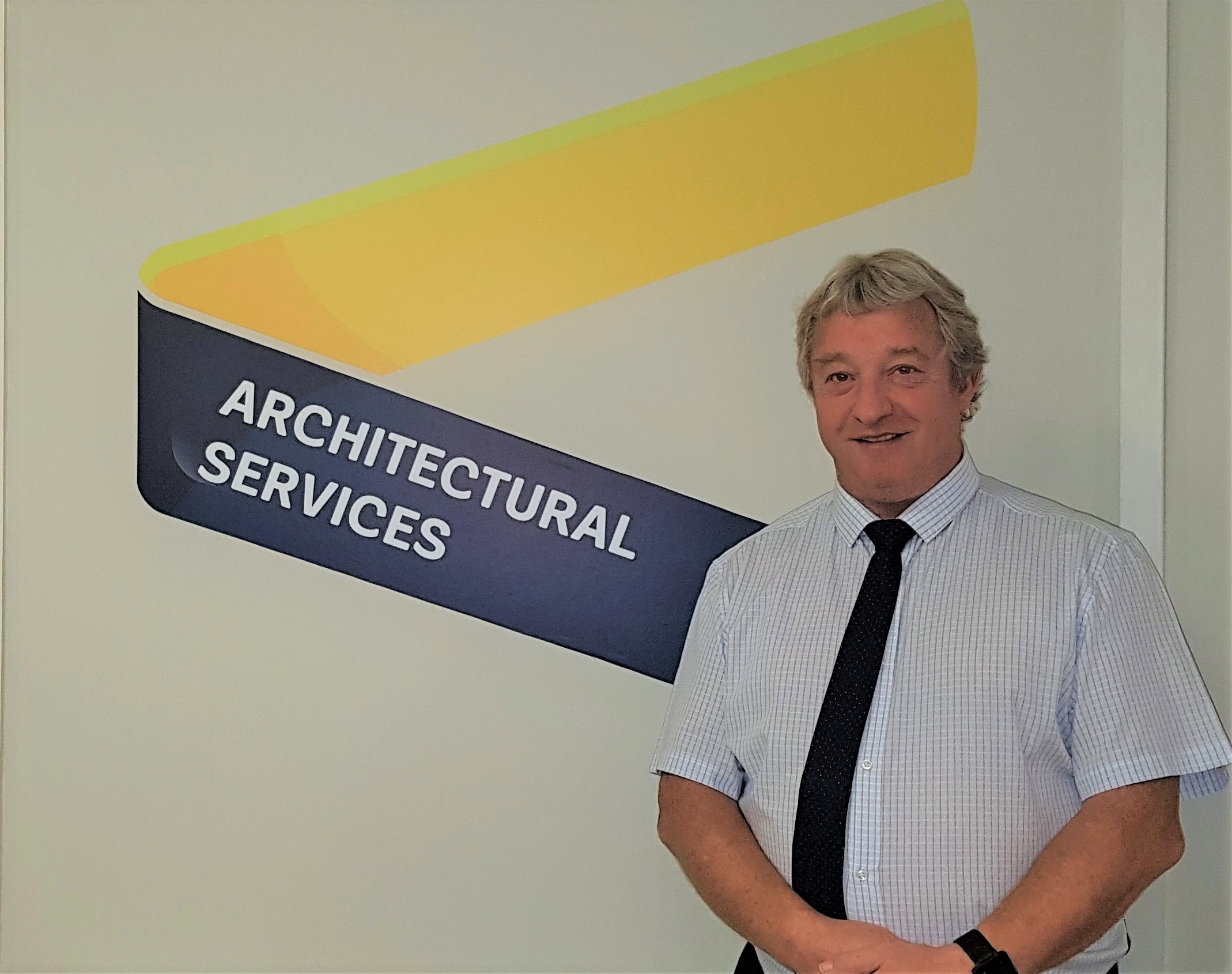 He was about to try to persuade them to embark on a root and branch change to the way property transactions had always previously been carried out, and that he was the man to drive that change for the firm.

Of course, like any smart player, he had another card up his sleeve to strengthen his case. “I said I would make them a million,” he said in his office in the centre of Dunfermline.

Whichever argument won the day, the pitch was accepted and, 20 years later, Alan is an Associate in the firm and now part of the unique and hugely successful Property Services Department, incorporating Architectural Services and Energy, at one of the country’s biggest firms.

In two decades, he has helped build a service which not only provides a full architectural service, but helps with retrospective permissions and drawings, land registration issues, boundary disputes and a range of matters up to and including full SAP Calculations for new build houses.

For Alan, the decision to throw in his lot with DM Hall was momentous. He had been with the Building Control department of the local council for 15 years and had been working from 1990 to 2000 providing the above services only to local surveyors and solicitors.

“I was planning to establish my own enterprise, Jeffrey & Company, and I still had children going through school,” he said. “It was a crossroad in my life and I was undecided which path I was going to take.”

I had secured office premises in Dunfermline and my wife, Jane was also going to be involved helping with the administration.

In fact, it was Dunfermline Partner Alasdair Seaton who intercepted these proposals and suggested that DM Hall, which at that time had a network of 30 offices across Scotland, would be a more rewarding home for Alan’s unique skillsets.

“At that time,” Alan said, “local authorities dealt with building warrants, retrospective applications and Property Enquiry Certificates (PEC). The provision of this service was not high on their agenda. They could take up to six weeks to get back to solicitors and house sales could be held up for that length of time.

The department was designed as a bolt-on to DM Hall’s existing offering and it soon began to grow arms and legs. Sandy Graham, a well-respected building society manager who had recently retired, came on board to run the PEC side.

Amanda Cameron joined the firm in 2002, and in 2011, on Sandy’s retirement, took over the Multi-Search service, leaving Alan free to concentrate on, and further expand, Architectural Services.

Amanda said: “Alan’s knowledge is unique and, to put it simply, if anyone has a property issue, his department can fix it. Unlike other firms, they undertake site visits to ensure that the finished article is accurate, giving us a real niche product.

“We are the only department of its kind in the country which is operated by a wholly Scottish company. All our competitors are owned either by English or US multi-business concerns. And all our people are fee earners, qualified to produce reports from start to finish.”

Alan’s most recent initiative has been to help establish a dedicated energy service, dealing with all energy-related matters and driven by general climate change consciousness as well as the statutory energy requirements in Home Reports.

Having helped build, from scratch, a department which now contributes some 8% of DM Hall’s revenues, Alan, at 62, is conscious of the imperative for realistic succession planning and, to that end, has assembled a young team with qualifications in architecture, energy assessment and general mediation which match his own.

But he has no immediate plans for his own retirement. “I can’t remember a day when I have not enjoyed my work,” he said, “and I hope to continue to do so for some time yet.”

Alan Jeffrey is an associate in the Legal Search and Property Services Department of the Dunfermline office of DM Hall Chartered Surveyors. He is an accredited RICS Mediator and is on the Scottish RICS Panel of Mediators.