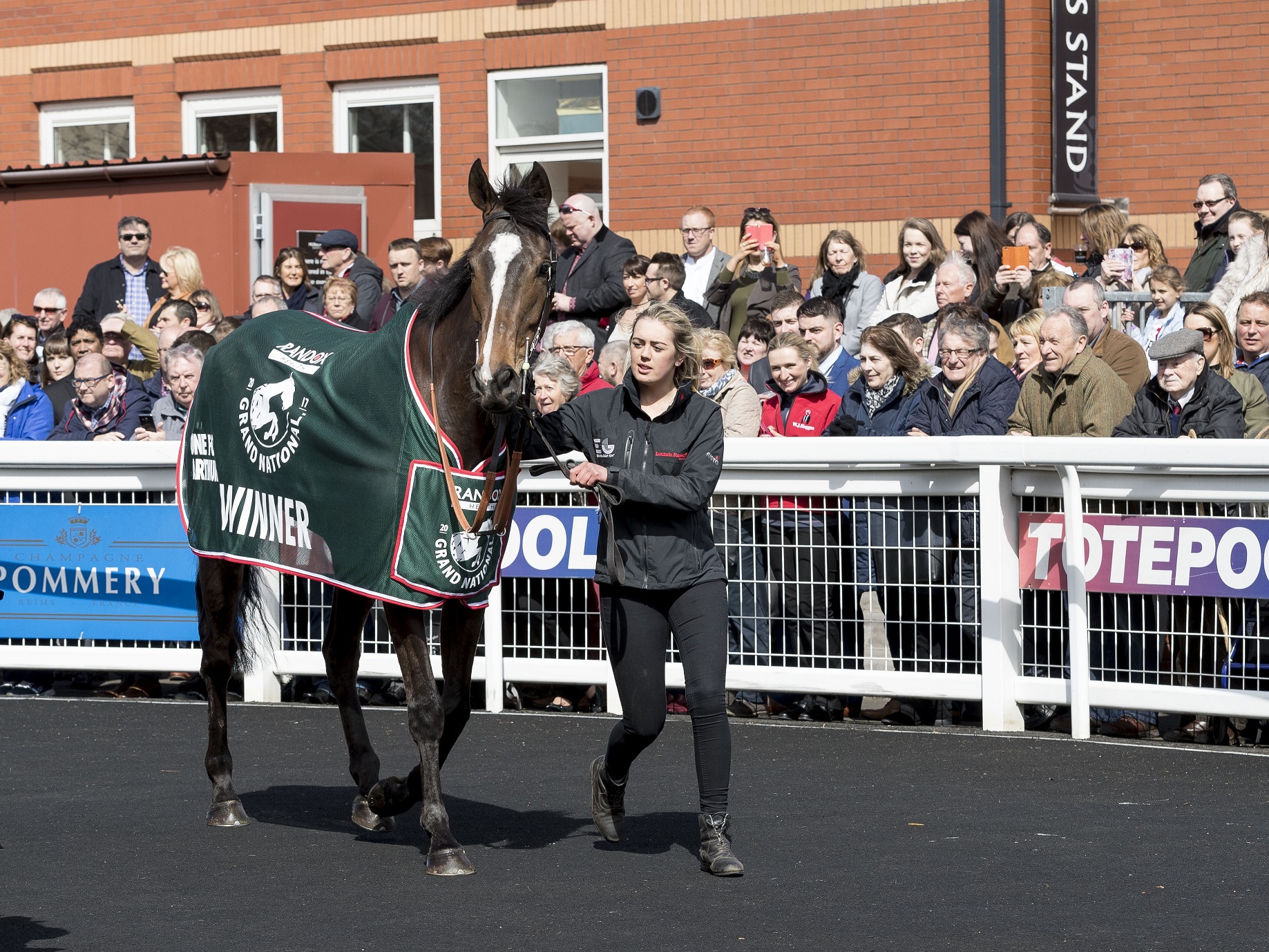 The East Lothian course brought the curtain down on the Flat season on Monday (Oct 16) with news that it has been nominated as a finalist in the Racecourse Association’s Showcase & Awards.

This is the eighth annual RCA Showcase & Awards, the gala event of British racecourses that annually celebrates first class customer experience, in partnership with Moët Hennessy and Racing Post.

Musselburgh has been nominated in the Best Campaign category for its inaugural Easter Saturday meeting which featured the first running of the £100,000 totepool Queen’s Cup, a stayers handicap over 1m 6f. The meeting boasted prize money of more than £250,000 and pulled in a crowd 5000-plus crowd, who were delighted to see up close the newly crowned Grand National winner One For Arthur.

The Best Campaign category celebrates excellence in the sphere of marketing, increasing the appeal of racing to new audiences and improving the frequency of visits amongst customers. Entrants were asked to demonstrate the clear strategy and execution used for the campaign by means of a multi-tiered approach to engage with a target audience.
Stephen Atkin, RCA chief executive, said: “It is a highlight of our year to see all of the quality Showcase Awards submissions go before the judges to measure the impact and growth of the initiatives that our racecourses have delivered and clearly Musselburgh have enjoyed an excellent year.

“I extend my congratulations to the team for their hard work in securing this achievement and wish them the best of luck for the ceremony at Newbury where we’ll see if they can join our esteemed list of winners.”

Musselburgh Racecourse marketing manager, Lauren Burns, said: “The RCA’s Showcase & Awards shines the spotlight on all that is good in British racing and we are delighted to be nominated along with other leading racecourses. Our Easter Saturday fixture was an outstanding success and the Queen’s Cup will prove to be a leading draw on the Scottish racing calendar. Our nomination in Campaign of the Year reflects our efforts in providing an excellent programme of entertainment and first-class racing.”

Musselburgh will learn if it has been successful at an awards ceremony at Newbury Racecourse next month (16 Nov) along with other finalists Ascot, Pontefract, Sandown Park and Windsor.

The opening fixture of Musselburgh’s 2017-18 National Hunt season takes place on Wednesday 8 November. For further information on all National Hunt fixtures and to book tickets for Monday or other meetings visit www.musselburgh-racecourse.co.uk.

Musselburgh Racecourse stages its annual race day in support of the emergency and armed services on Sunday. (1 Oct).

The Support Your Services Raceday features seven races with more than £50,000 in prize money, including the £20,000 feature race, the EBF Stallions Scottish Premier Fillies’ Handicap over one mile.

Staff and officers from Police Scotland, Scottish Ambulance Service and Scottish Fire and Rescue Service will be joined by members of the Royal Regiment of Scotland who are putting on a range of interactive displays for kids and adults alike.

Gates open at noon but before the first race at 2pm the day gets off to a rousing start with a performance by a Massed Pipe Band as they parade along the racecourse.

A special pony race will be held before the seven-card fixture gets underway and throughout the day children can enjoy a number of free fairground rides, face painting and other family entertainment.

As with all race days at Musselburgh, children aged under 17 are admitted free when accompanied by an adult. A £2 advance booking discount for adults expires at midnight Saturday (30 Sept) and concession prices increase to £22 on the day so it is advisable to book in advance.

For more information and to book tickets please visit www.musselburgh-racecourse.co.uk. 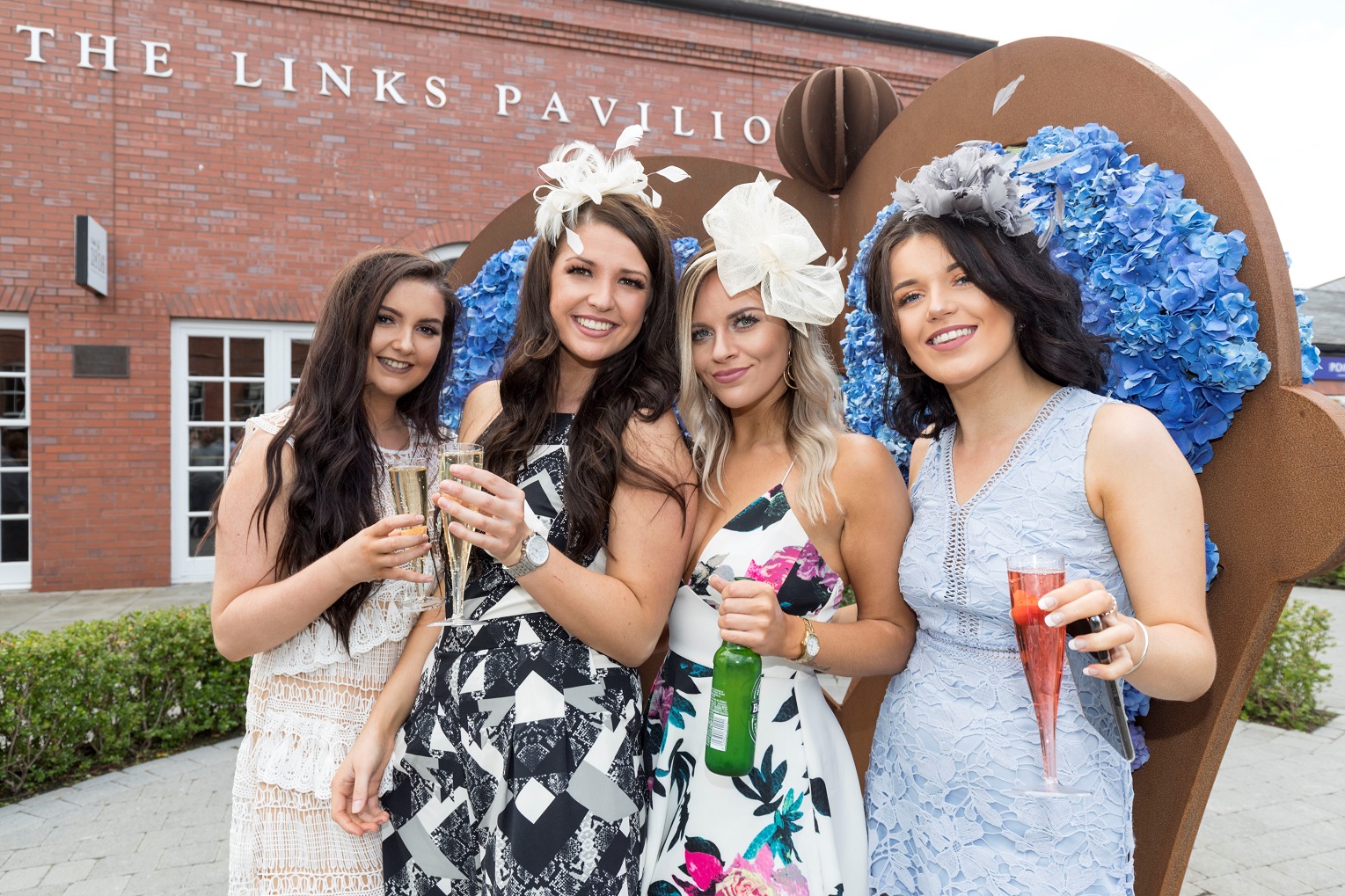 Musselburgh Racecourse has put in another five-star performance and has been awarded VisitScotland’s highest visitor experience rating for the 11th consecutive year.

VisitScotland has revised its Quality Assurance scheme with a new method of grading visitor attractions and in awarding Musselburgh a 5 Star award said: “The new system has seen some scores fall to a greater or lesser degree amongst many visitor attractions, but no such loss has in fact occurred here.”

Gaining an overall score of 89%, Musselburgh obtained a 93% rating for its pre-arrival services for visitors, 91% for Core Experience and 90% each for Staff Service and Efficiency, Cleanliness and Toilets, while Hospitality and Friendliness and Arrival was awarded 86% and 85% respectively.

Staff working across the racecourse were singled out for praise with inspectors stating they were “friendly and attentive, knowledgeable and never less than amiable and efficient.”

On arrival at Musselburgh, external black and gold signage was “stylish and effective”, directional signage inside the course was prominent, and well-designed lay-out maps around the site helped with orientation, making it unlikely visitors would not be aware of all onsite features.

Across Musselburgh’s multiple catering options, from the a la carte Epperston restaurant, to the Harris Tweed bistro and concessionary food stands “it was evident that high standards are being maintained”, said the report. Judges said they were very impressed with the standards of cleanliness around the whole grounds, which “contributed to the overall impression of high quality within the racecourse”.

In addition to the 5-star rating Musselburgh was also accredited with VisitScotland’s Taste Our Best quality assurance rating, which is awarded to attractions which use quality Scottish ingredients, fresh, seasonal produce, local food with food miles kept to a minimum, and friendly staff who are knowledge about the food served.

VisitScotland also requires businesses to undertake a number of sustainability actions in areas such as use of energy, water, waste, transport, natural heritage and customer and community engagement. The racecourse was required to fulfil 11 sustainability actions out of 36 options but overdelivered by completing 27 actions.

Musselburgh Racecourse senior operations and commercial manager, Sarah Montgomery, said: “We were the first Scottish racecourse to be awarded a VisitScotland five star rating in 2006 and we are delighted to have maintained that very high standard for the 11th consecutive year.

“This accreditation does not happen by accident but is the result of planning, strategy and careful execution of a wide range of policies by our very hard working team. Credit is due to everyone involved, from our small executive team to our highly professional operational and ground staff, to the casual race day employees who work in customer care, bars, restaurants, betting facilities, merchandise and security.

“On the back of a highly successful summer Flat season with record attendances for Stobo Castle Ladies Day and the Edinburgh Gin Edinburgh Cup, we are preparing for an equally successful jumps season over the autumn and winter season. This 5-star award confirms Musselburgh’s position at Scotland’s most stylish and enterprising racecourse and a place where visitors can expect the highest levels of service.”