The company was recognised in categories covering people, operations, marketing and the community at the 23rd annual awards ceremony held in London last week (Tuesday 20 November).

One of the highlights of the night for the company was winning the silver in the New Horizons Award for its ‘How do I catch a bus?’ project, in partnership with Deloitte Digitial. ‘How do I catch a bus’ focussed on making it easier for passengers to use bus services in St Andrews by reimagining the look and feel of timetables, signage and customer communication. 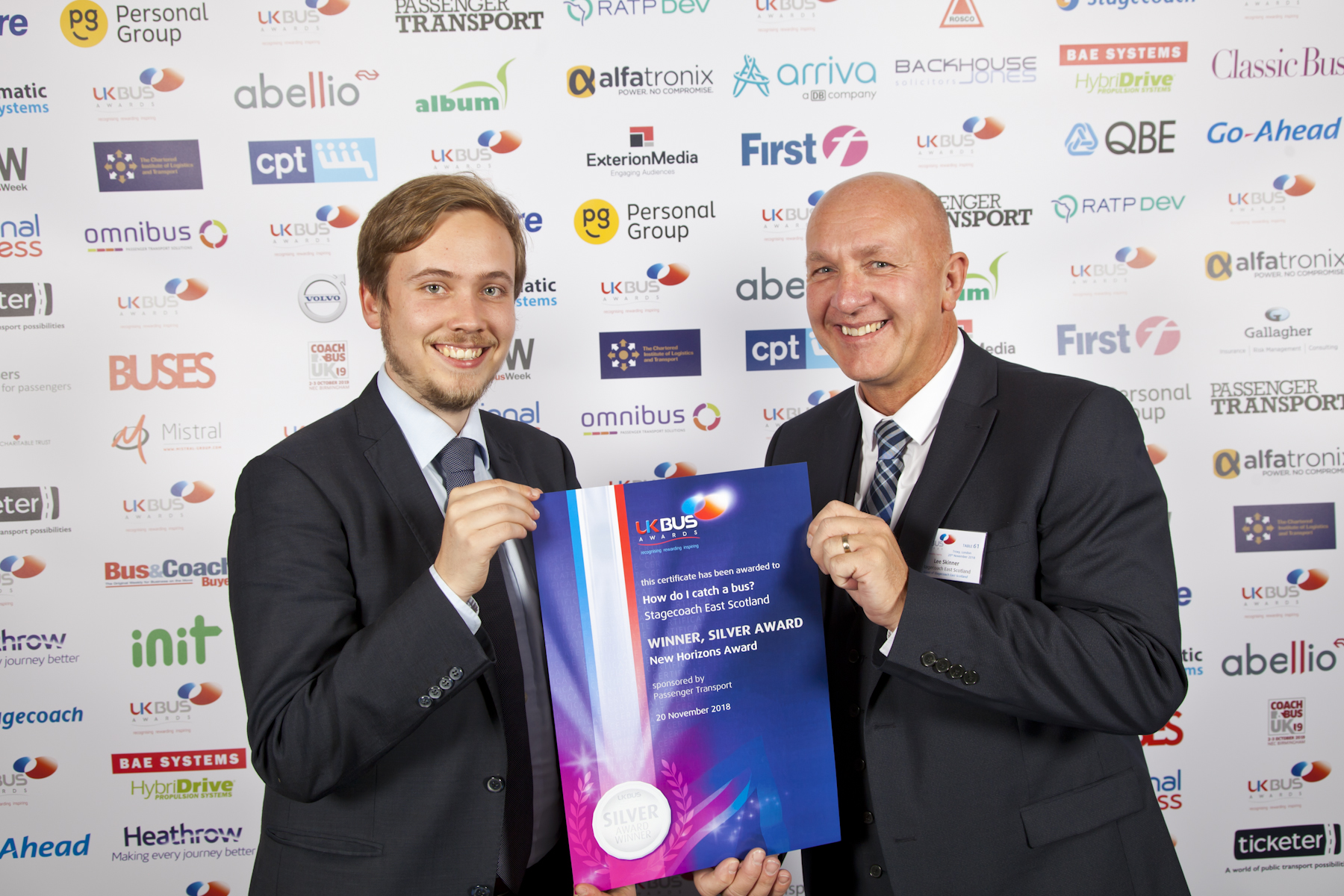 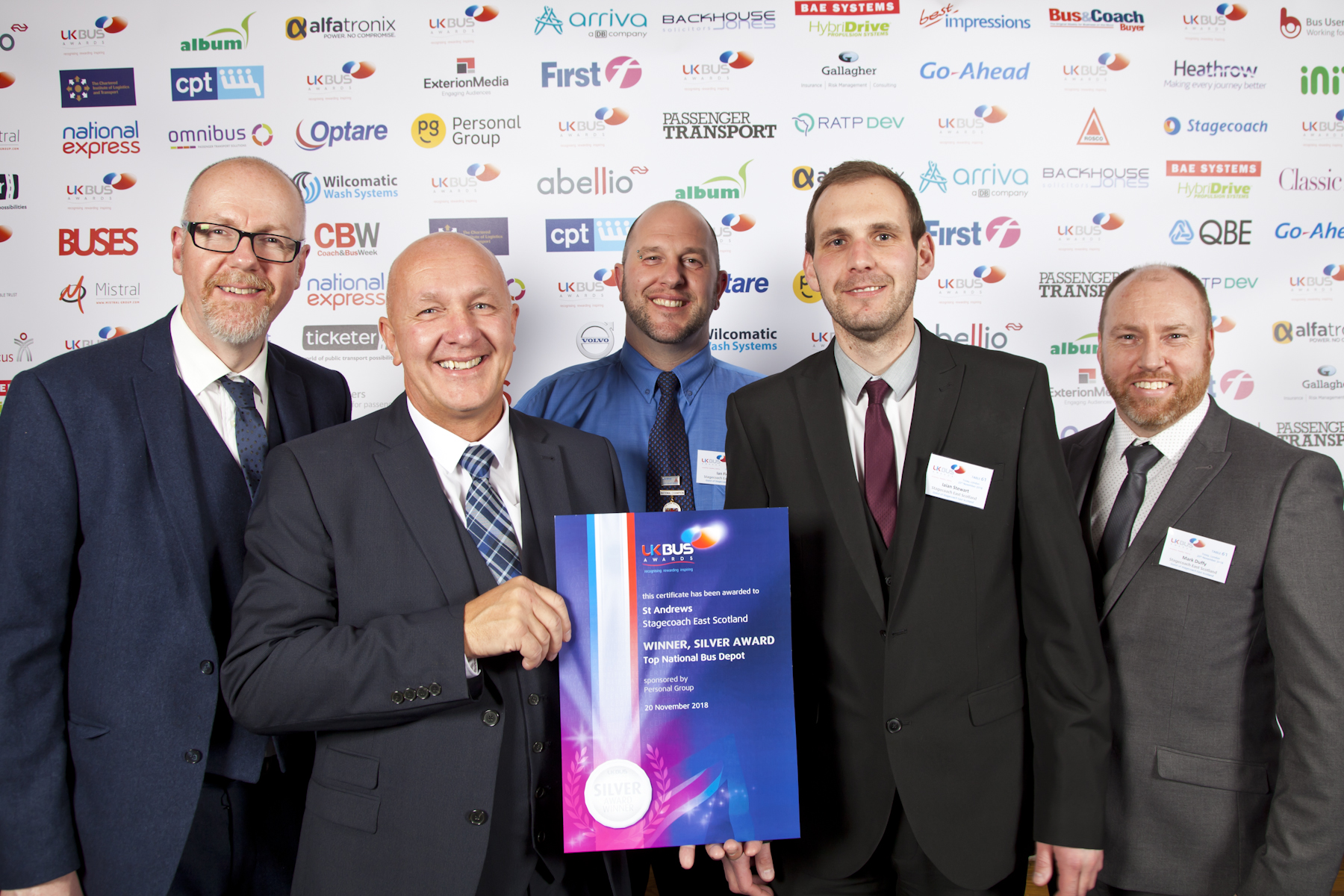 The company received the silver award for their Express City Connect service in the Award for Sustained Marketing Excellence category, having won the bronze award in the same category for the last 2 years. 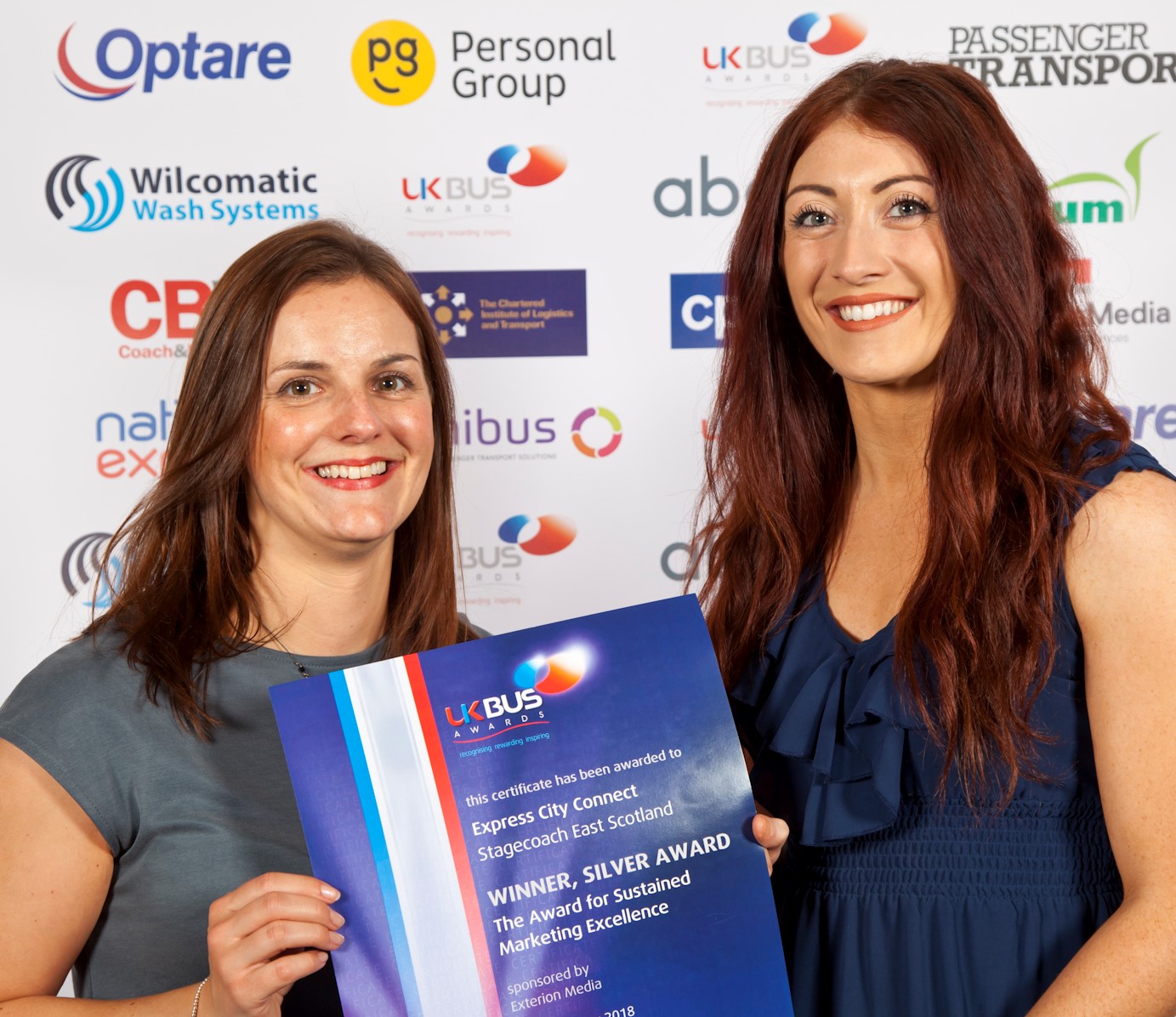 In addition to this, St Andrews Depot scooped the silver Top National Bus Depot Award. The depot also previously won gold in the same category in 2016. The operations in East Scotland overall were also finalists in the ‘Top Shire Operator’ category.

Employees Thomas McGovern and John Millar received Special Commendations in the Unsung Heroes category. Thomas’ dedication to high levels of customer service has earned him numerous customer commendations, while John was nominated for his unwavering dedication to running the Blairgowrie depot. 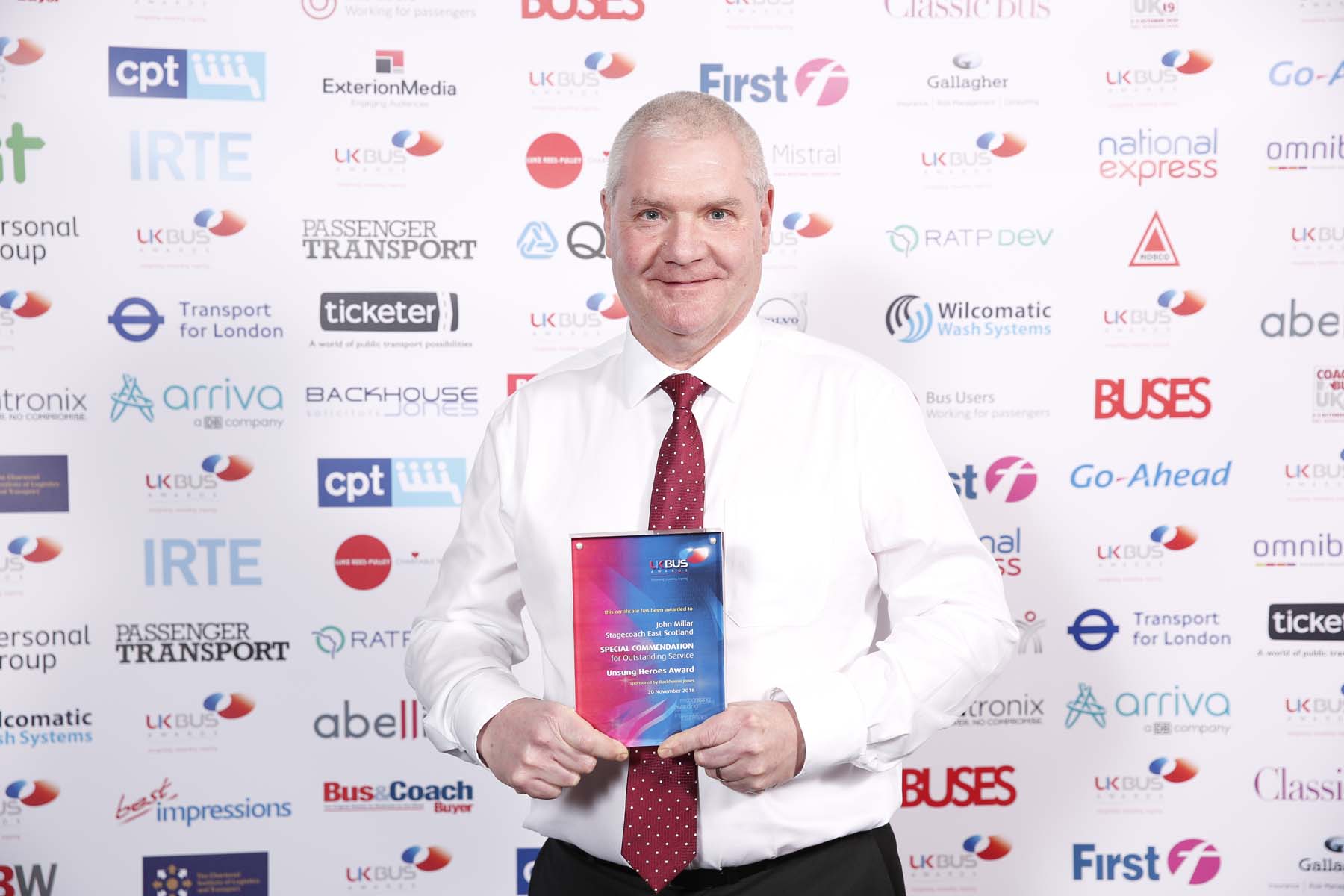 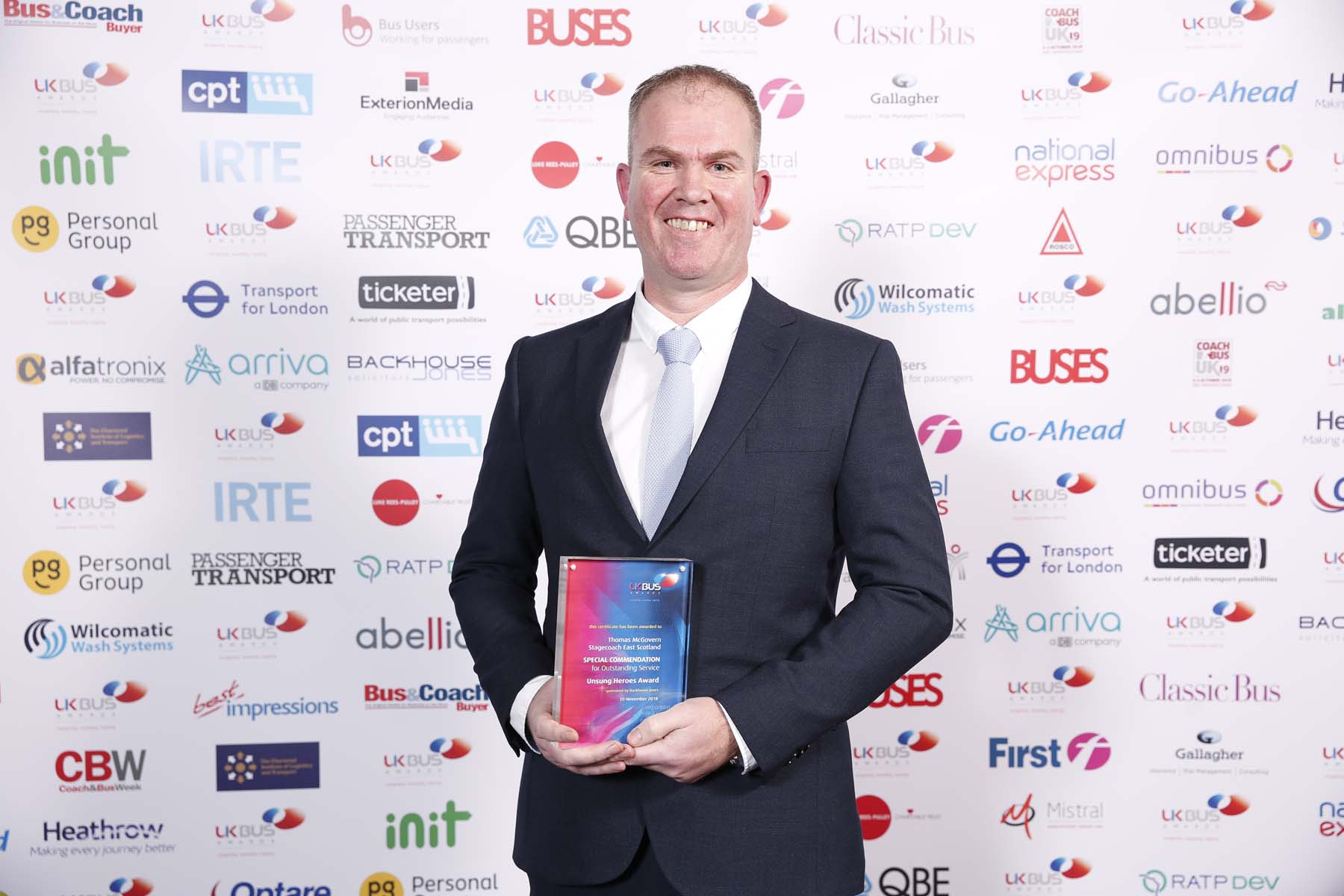 There were also plenty of award wins for others across Stagecoach Group, including a gold award in the ‘Making Buses a Better Choice’ category for its Bus Services in New Residential Developments guidance which delivered guidelines that can be used by all stakeholders across the UK to ensure that significant housing development proposals are bus-friendly.

Jon Oakey, Acting Managing Director for Stagecoach East Scotland said: “To be recognised in so many categories is fantastic for us and is testament to the continuing hard work and dedication of the team in East Scotland.

“We’re extremely proud of the team at St Andrews for their continued success at these awards, including their involvement in the two ‘How do I catch a bus’ projects, our marketing team who continue to achieve passenger growth through creative campaigns and consistent branding, and of our two Unsung Hero finalists Thomas and John. It is the commitment of all these individuals in providing a strong customer focus which ensures we can continue to provide the best possible bus and coach services day in day out across East Scotland.”