Scotland’s walking charity is doing its bit to improve the country’s health after a recent study found that, no matter how hard you hit the gym after work, being sedentary between 9 to 5 will still harm your health.[1]

Paths for All is urging people to get involved in its Autumn Step Count Challenge, in a bid to get the nation’s workforce to incorporate walking habits into their daily routines.

The four-week challenge encourages Scottish workplaces to walk more and feel the difference. Teams of five are invited to record their steps and improve their total count each week. 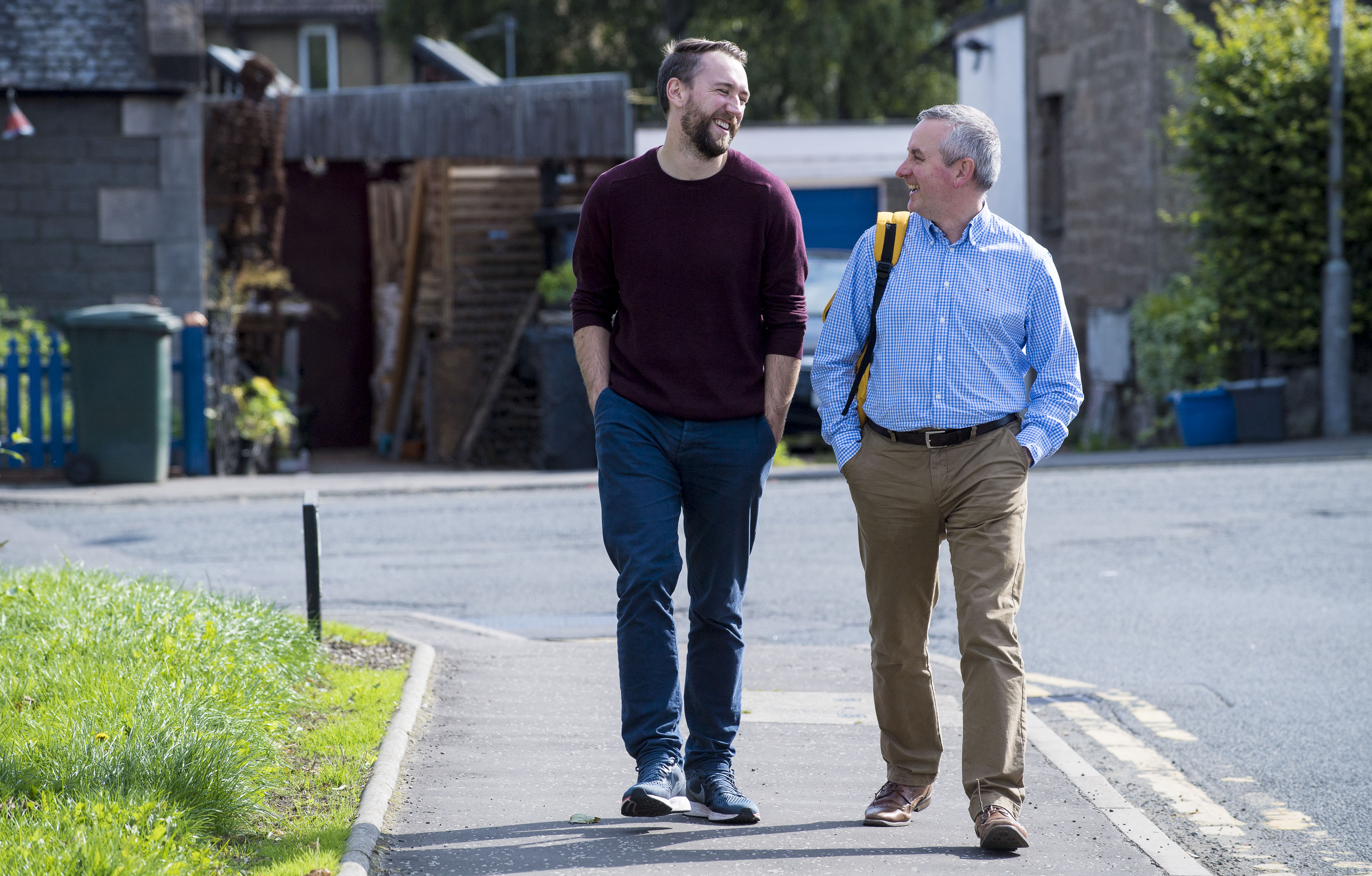 Figures from this month’s Scottish Government’s Household Survey found that one fifth of Scotland’s general population was failing to participate in any form of physical activity and 30 per cent of adults didn’t walk for at least 30 minutes a day.

Ian Findlay, Chief Officer at Paths for All, said: “While it’s very positive to see that the majority of the public are doing the recommended amount of exercise, it’s important that, to experience the real benefits, we all do more than the bare minimum.

“For a healthy lifestyle, walking should be part of everyday life – and this means incorporating it into our daily working routines. Walking to work, walking on your lunch break or even just taking the stairs instead of the lift can all have a huge impact.

“A physically active workforce takes up to 27 per cent fewer sick days, so when you look at it like that, the Step Count Challenge really is an investment for companies – it’s in everyone’s benefit.”

Paths for All’s Step Count Challenge will begin on October 29 and teams can sign up now.

Over 3300 people took part in the Spring Step Count Challenge, forming around 200 teams.

Ian added: “Individuals are set manageable goals, with weekly targets being gradually increased. Steadily introducing walking into your everyday routine should make it easier to make this important change.

“Those who took part last year reported the challenge as helping to build team morale in the workplace and improvements to both physical and mental health were reported.”

According to the Scottish Household Survey, participation rates of everyday, recreational walking have improved year-on-year, with 2017 seeing a two per cent rise in physical activity on the previous year.

Ian added: “Paths for All is committed to maintaining this momentum. We hope that, within the next few years, our efforts will result in even more people walking every day – and recognising and feeling the benefits of it.

“The Step Count Challenge is a fun opportunity for workplaces to get more active, with lots of competitions and prizes for those taking part happening throughout the four weeks.

“Teams can to increase the amount they walk at their own pace – but the element of competition makes it fun along the way.”

Groups can register for £30 each – and more than one team per workplace can get involved. More information about the Step Count Challenge, and on how to sign up, can be found by visiting www.stepcount.org.uk.

Paths for All works with the Scottish Government and 30 partners to support and deliver national policies, such as the National Walking Strategy and ‘active travel’ initiatives.

The charity donates thousands of pounds worth of grants to worthwhile projects that improve health, promote walking and improve environments for people to be active in.