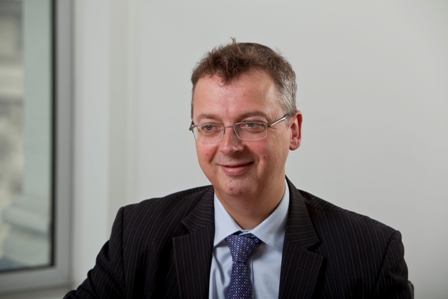 In a joint webinar, experts from UK law firm, Shepherd and Wedderburn and global professional services firm, PwC, came together to discuss the far reaching implications of Brexit for the energy sector.

Led by Stuart Cook, Head of Utility Strategy and Regulation at PwC and Gordon Downie, partner and Head of Energy and Natural Resources at Shepherd and Wedderburn, the webinar outlined the wealth of complexity to be considered and navigated as the detailed political and legal issues of Brexit are worked out over the coming months.

Both firms have been leading the debate on the implications of Brexit, in the run-up to and since the referendum, and were well placed to discuss how the sector is poised to respond to the challenges and opportunities that will arise over the next few years.

Jonathan Gillan, a PwC Director specialising in econometrics and economic modelling, kicked off the webinar early on Tuesday morning with a general macroeconomic outlook, followed by Shepherd and Wedderburn’s Gordon Downie who talked through different Brexit scenarios, exploring in particular three possible UK relationship models with the Internal Energy Market.

The final part of the webinar delved into the implications and threats of Brexit on the UK energy sector. Ronan O’Regan, Head of Renewables and Clean Tech at PwC, summarised these impacts against the energy ‘trilemma’: security of supply, sustainability and affordability.

Dialling in from many of the UK’s leading energy companies, listeners had the opportunity to send in questions throughout the webinar. The speaker panel answered questions on the possibility of Scotland splitting from the UK and the impact of such a development on the energy market.

Other questions revolved around issues of immigration and next steps advice for employers  as well as the implications of Brexit on MISFID, REMIT and other regulations, and on UK investment in general.

Shepherd and Wedderburn’s dedicated energy and renewables practice has been advising clients in the run-up to and since the referendum, building on over 30 pieces of detailed sector-by-sector commentary published by the firm’s dedicated Brexit advisers here.

A recording of the webinar is available here.