It has been announced today that Syeda Ghufran has been appointed as ScotRail Engineering Director.

The appointment was announced ahead of International Women in Engineering Day, which takes place tomorrow (Saturday, 23 June). 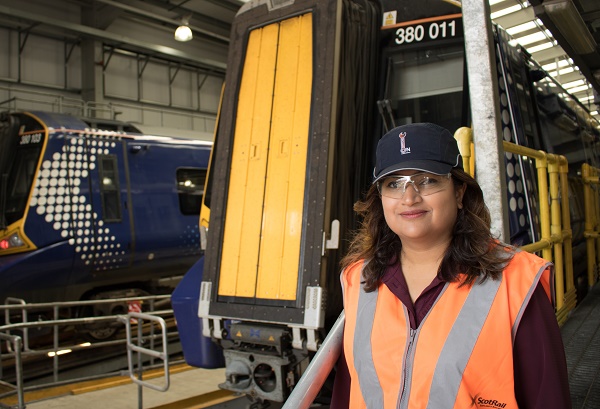 Since 2013, she has delivered many engineering projects, including train reliability modifications, fleet refurbishments, the roll-out of Wi-Fi, and the installation of Driver Advisory Systems (DAS) – a GPS system which accurately tracks a train’s location and advises the driver what speed to go, so that the train arrives on time.

Ms Ghufran has replaced Angus Thom, who moved to a new role of ScotRail Chief Operating Officer earlier this year.

ScotRail is committed to equality and to encouraging more women to join the railway through graduate, apprenticeship, and internship programmes. The train operating company’s recent intake of Engineering Apprentices are 50-per-cent female.

“I’m really excited to lead a great team of engineers who will help us deliver a great customer service, and build the best railway Scotland has ever had.

“I want to change perceptions and encourage more young women to consider engineering as a viable and rewarding career.”

“Syeda has a strong history of delivering for ScotRail and its customers, and has some great ideas on how to make even more of a difference to our customers’ lives.

“I am delighted to welcome her to the executive team. I hope her appointment will encourage more young women and girls to consider a career in engineering with ScotRail.”