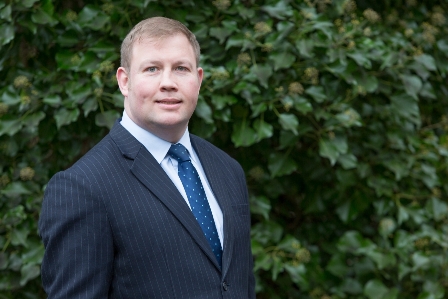 The Royal Highland & Agricultural Society of Scotland (RHASS) has announced the appointment of Alan Laidlaw as Chief Executive.

Alan (38) from East Lothian, will take over responsibility for RHASS, the Edinburgh based charity that contributes £250m to the Scottish economy through its events business and flagship event, The Royal Highland Show.

Currently Head of Property at The Crown Estate Scotland, Alan’s role will be to strengthen the Society’s influence in promoting and protecting the interests of land based industries on behalf of its 15,000 members. He will also oversee the £20million investment in the 280-acre Royal Highland Centre site at Ingliston adjacent to Edinburgh Airport that attracts over 1million visitors each year.

The announcement comes just two weeks ahead of the Society’s 176th Royal Highland Show that is expected to attract in the region of 200,000 people over the four-day event (23 – 26 June). A passionate advocate for engaging the next generation and strengthening the relationship between producer and consumer, Alan is particularly looking forward to working with the board of The Royal Highland Education Trust (RHET) to create a food literate generation through the charity’s extensive outdoor learning programme.

Commenting on the appointment, RHASS Chairman, Willie Gill said: “Alan’s commercial, business and property experience, combined with his obvious passion for the success of Scotland’s rural economy, makes him an ideal candidate for this position.  He impressed us with his understanding and appreciation of the Society’s aims and objectives and gave us every comfort that he has the skills and drive to deliver our charitable aims.”

Alan added: “As a lifetime RHASS member and regular show-goer, I am deeply honoured and excited at the prospect of playing a pivotal role in the Society’s future.  Attending the Show this year will be of even greater significance and it will be an ideal opportunity for me to look at the Show with fresh eyes before I take the reigns officially at the end of the summer.”

Alan has previously worked for Bank of Scotland, NatWest and Smiths Gore.  He is an associate of the Royal Agricultural Societies, and a member of the Royal Institution of Chartered Surveyors (RICS), RICS Scottish Rural Professional Group, and a director of the Oxford Farming Conference.  He has contributed to the Scottish Government working groups on Community Ownership and New Entrant Opportunities on Public Land. He is a family man with a keen interest in the outdoors, rugby and the countryside.