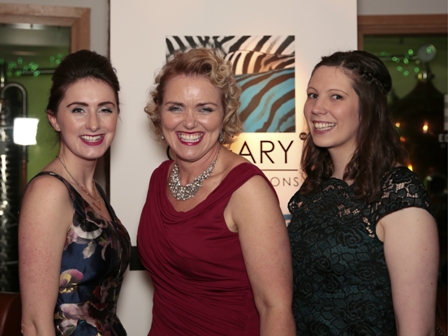 Edinburgh and Fife based PR agency, O’Leary PR, has been shortlisted for a Chartered Institute of Public Relations (CIPR) Scotland PRide award, one of the industry’s most highly regarded accolades.

Headed up by experienced PR consultant Judith O’Leary, the agency is a finalist in the Outstanding Small Public Relations Consultancy category.

With just five staff, O’Leary PR has made a name for itself within the industry since it was founded in 2002, building a retained client roster that spanned a variety of sectors and boasted a number of household names such as the Royal Highland Show, Warburtons, ScottishPower, Teachers and Huggies.

As part of the marketing team at The Royal Highland Show, which has been a client for 14 years, this year the agency has already collected a gong at the Marketing Society Awards and will also be attending the Drum Event Awards in October, where the event has been shortlisted for three awards.

The CIPR Scotland award comes on the back of several new client wins for the agency including Hickory, Heroes Vodka, Mackays and Fife Business Gateway.

Owner and Director, Judith O’Leary, said: “The agency has had a tremendous year so far and this nomination just makes me even prouder of my team.  We only entered one category, but it’s the most important one: we may be small but that is just in size, not in capability.  Our achievements, along with those of the other shortlisted agencies in this category, show just how much you can achieve when your team is creative and effective.  You don’t need rafts of people to deliver excellence.”

The team at O’Leary PR will find out if they’ve won at the awards ceremony on 13th October at the Assembly Rooms, Edinburgh.