New Airport Bus Service off to a Flying Start 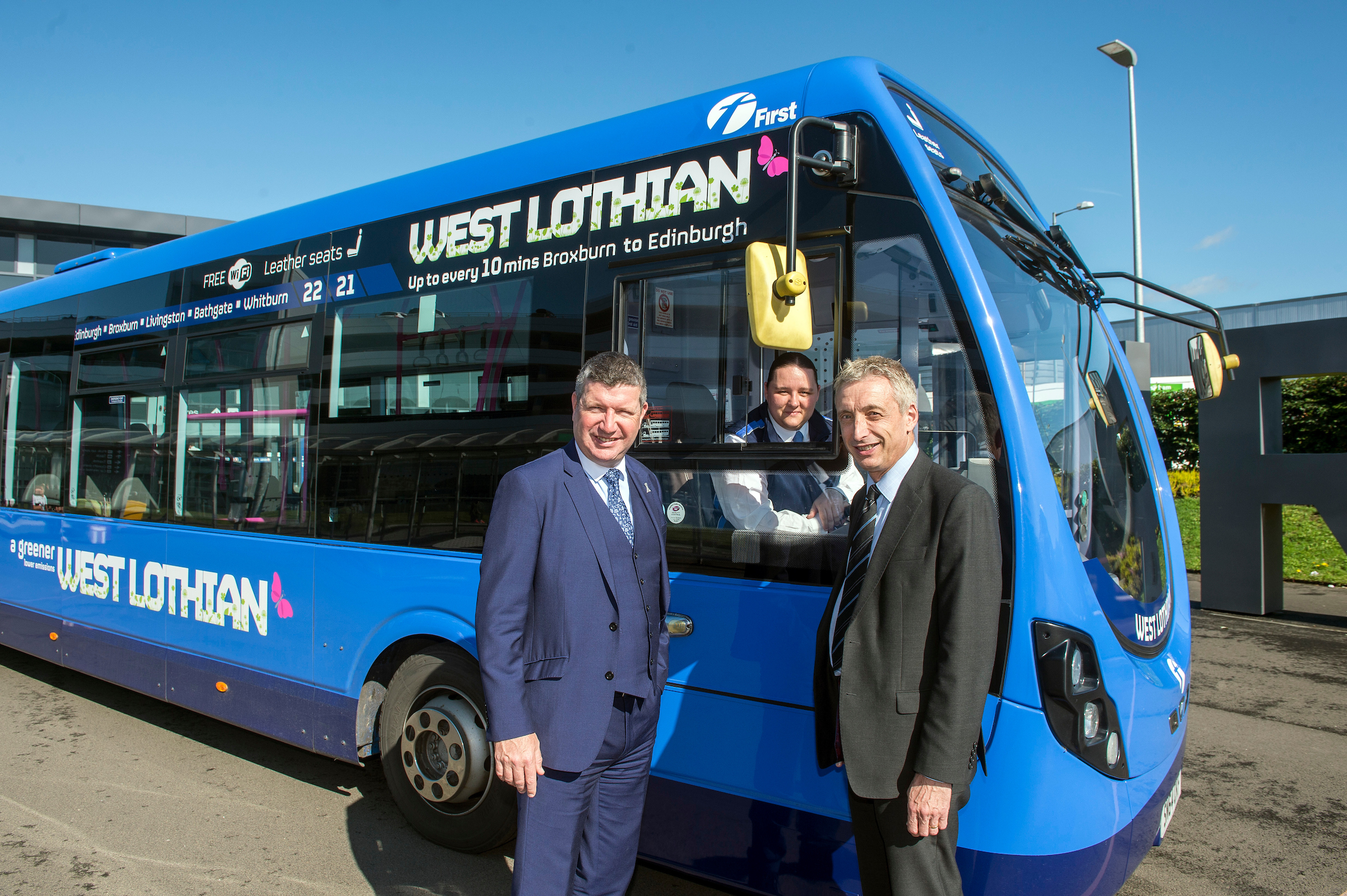 Service 21A was introduced in partnership with Edinburgh Airport in May and provides an hourly connection from Fauldhouse, Whitburn, Bathgate, Livingston Centre and Broxburn.

First West Lothian launched the service in response to feedback and in recognition of the airports’ continued passenger growth – and its role as a major employer in the area.

The service has its own dedicated stance at the airport, with fares available from as little as £2.40.

First West Lothian Managing Director, Paul McGowan, said: “We’re very encouraged by the response to this new service which was launched to meet the needs of people in West Lothian who are travelling to and from the airport or who work at this growing transport hub.

“I’d like to thank Edinburgh Airport for their support in getting this service off the ground. Both Edinburgh Airport and First West Lothian recognise the need to provide new travel options for customers and staff and this a great development in our growing partnership.”

Chief Executive of Edinburgh Airport, Gordon Dewar, said: “Edinburgh Airport serves a number of different regions and improving the connectivity between the airport and those areas is important as we continue to expand. We also need to have a mix of transport options so we can cater for the holidaymaker as well as the business community, and this new route is perfect for people who work and live in West Lothian as well businesses who are operating in and out of the area.

“It’s encouraging to see the positive reaction that this new route has already had and we hope that more people will consider taking the bus to and from West Lothian as it connects to Edinburgh Airport and the rest of the world.”

Find out more about Service 21A and other services on our website.