Michael Livingston has been elected chairman of UK-wide commercial law firm, Maclay Murray & Spens LLP (MMS), following banking partner Robert Laing’s decision to retire after 32 years at the firm. Elected in 2010, Laing is set to hand over the reins on 1 June.  Michael Livingston is a partner with a wide-ranging corporate and financial services practice and has particular expertise in the insurance, banking and investment trust sectors. He is a former member of the board, the longest serving partner in the firm’s Financial Services team and during his career at MMS has spent significant periods based in both its London and Scottish offices. Michael is a member of the Banking, Company and Insolvency Law Committee of the Law Society of Scotland and a Reporter to the Court of Session in Scotland. He also sits on the Supervisory Committee of the Scottish Life Fund (part of Royal London). Michael Livingston said: “Robert Laing’s contribution to the firm – for more than three decades – cannot be overestimated. He has played an instrumental role in developing MMS into one of the most highly regarded commercial law firms in the UK and we wish him all the best in his retirement.

Kenneth Shand, chief executive of MMS, added: “Given his vast experience of the firm and the markets in which we operate, Michael’s election is a clear signal of the partnership’s ambition to achieve continued success for the firm, our staff and clients. I look forward to working with Michael to ensure we continue to harness and build upon the many strengths of MMS.” 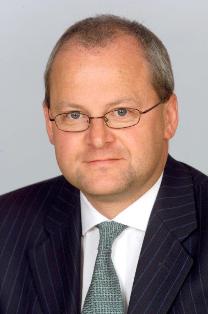