Life-saving defibrillators to be installed at Scottish stations

Life-saving defibrillators to be installed at Scottish stations

The ScotRail Alliance has confirmed that 34 life-saving defibrillators will be installed at railway stations across Scotland.

A total of £54,000 from ScotRail’s service quality fund has been invested in the devices, which give electric shocks to patients who have suffered cardiac arrest (someone whose heart has stopped pumping blood around the body). They will be placed in public areas of the stations and will be available for the entire community to use. 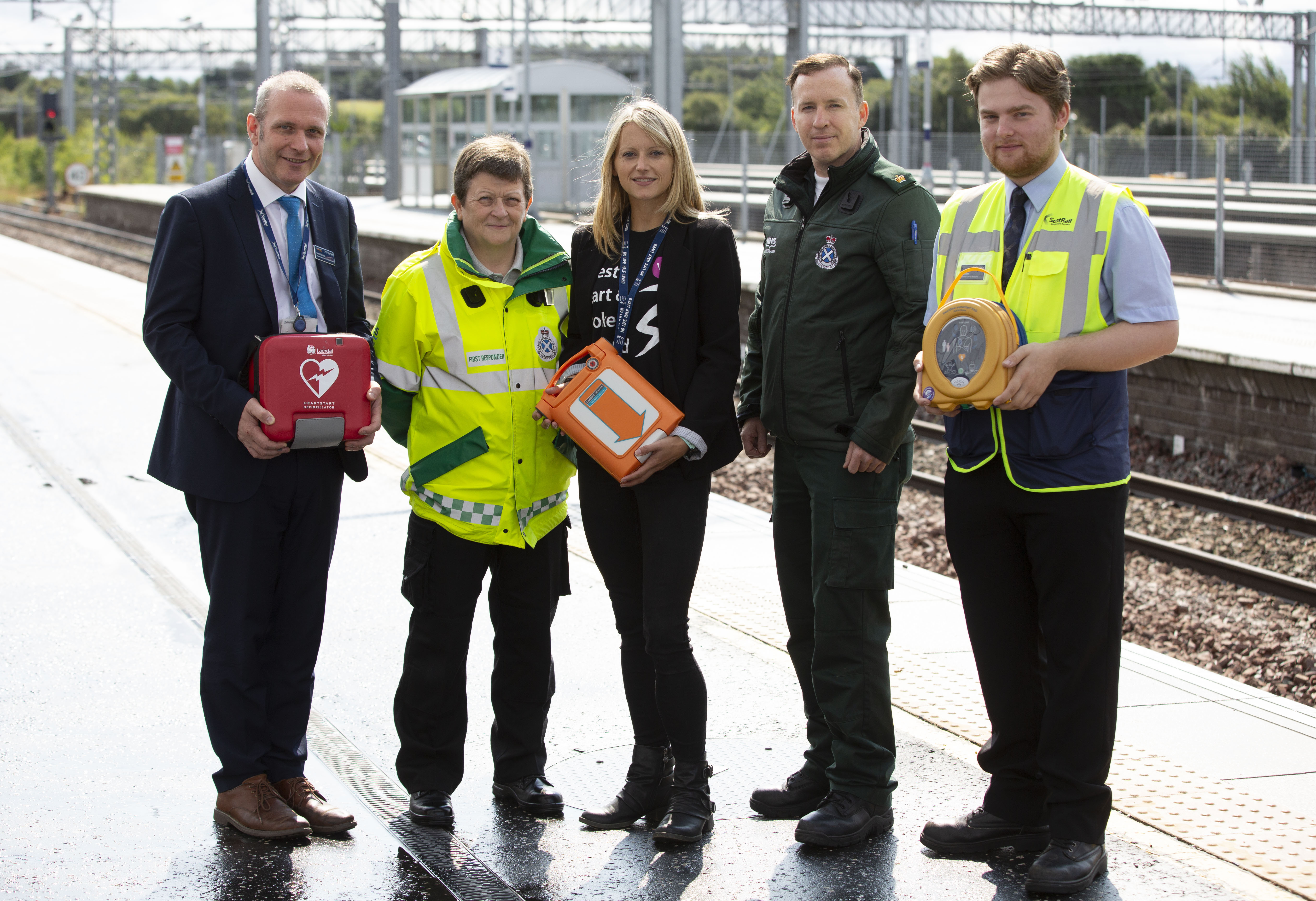 Defibrillators can be used by anyone without any specialist training, and are vital to treating cardiac arrest – which is fatal within minutes. In order to have the best chances of survival, someone with cardiac arrest needs CPR, and often a defibrillator used, within two to three minutes of their heart stopping.

Once the rollout is complete all defibrillators will be available at all times, even when the station is closed, and will be kept inside distinctive bright yellow heated cabinets.  The locations to receive one were selected based on a number of factors, including how close they were to a hospital, footfall, and accessibility.

So far, 19 devices have been delivered to stations and work is underway to install the storage cabinets. A further six stations will receive their defibrillator soon. ScotRail’s safety team is currently assessing possible locations which could house one of the remaining defibrillators. The Scottish Ambulance Service has been provided with full details of the defibrillators so that anyone nearby can be directed to them in the event of an emergency.

“I am delighted that we are rolling out these 34 absolutely vital defibrillators to some of the busiest stations on our network, and that the local communities we serve will be able to benefit from them as well.

“In an emergency, a defibrillator can make the difference between life and death, which is why we’ve made sure that they will all be located where anyone can reach them at any time.”

“This is a welcome investment in 34 life-saving defibrillators being installed at railway stations across Scotland and an excellent example of the way the Service Quality Incentive Regime (SQUIRE) Investment Fund can be used to benefit rail passengers and the wider community.

“This equipment will undoubtedly save lives and will tie in nicely with the recently announced initiative between the British Heart Foundation, NHS Scotland and NHS England to create a database of defibrillators across the United Kingdom”.

“A cardiac arrest can strike anywhere, so ensuring life-saving equipment is available at railway stations across Scotland could save many more lives.

“We know that the sooner a patient receives treatment, the better their chances are of surviving a cardiac arrest so having these defibrillators close to hand will potentially have a huge impact.”

“Thanks to the ScotRail Alliance, access to these defibrillators will mean that more people will be given the chance to live a full life.

“At Chest Heart & Stroke Scotland, we want to make sure that everyone in Scotland affected by a life changing event such as a cardiac arrest gets the support they need.”