Fees billed rose by 10% on the previous year and in the last five years turnover has increased by more than 40% while profit growth has risen by 60%.

The results follow a period of sustained investment in the firm’s platform and people, which has included launching a technology and financial services focussed practice in Dublin and the rapid expansion of an office in Madrid which opened in early 2017.

Pinsent Masons, which employs 540 staff in Glasgow, Edinburgh and Aberdeen, has in the last year added an energy and infrastructure practice in Perth to complement its Australian offering in Sydney and Melbourne.

The firm also extended its legal resourcing service Vario with launches in Singapore and Australia and now offers clients an innovative approach to creating a more diverse and inclusive workplace following the acquisition of the Brook Graham consultancy.

In Scotland intellectual property specialist David Woods was promoted to Partner, while seven lawyers out of 12 globally who were promoted to Legal Director were based in Glasgow and Edinburgh.

The firm was also appointed as global strategic partner to the fintech sector enabler, Fintech Scotland, and as legal mentors to the Oil & Gas Technology Centre’s TechX Pioneer accelerator and incubator programme in Aberdeen.

Notable deal activity by the firm’s corporate and banking teams included advising on the $1.6bn acquisition of Ithaca Energy by Delek Group, Shell’s $3.8bn sale of North Sea assets to Chrysaor, Tullow Oil’s sale of £30m of gas assets to HALO and a £74m funding package for Carraig Gheal wind farm in Argyll.

The results showed that approximately 90% of revenues are now generated from clients operating within the firm’s core global sectors of Advanced Manufacturing & Technology, Financial Services, Infrastructure, Energy and Real Estate and that profit per equity partner increased by 4.4%.

Pinsent Masons managing partner, John Cleland, said: “Our vision is to be recognised as an international market leader in the global sectors in which we specialise and what we are seeing in our financial results, year-after-year, is the benefit of investing in being an organisation that clients enjoy working with.

“We will continue to build out our platform, investing in new propositions and delivering on the promise of technology-enabled legal services – but it’s also about being an organisation where our values are imperatives.

“We were pleased to be named the UK’s leading legal brand this year because the research reflects the feedback we get from our clients, which is that our people are consistently living up to the promises we make to the market. We see the firm’s sustained financial success over a number of years as a consequence of that commitment.”

Pinsent Masons chair of Scotland and Northern Ireland, Richard Masters, added: “Our involvement in some of the largest corporate transactions, representation at the top levels of strategically important bodies such as Fintech Scotland and the TechX initiative, and the promotion of our next generation of talented lawyers show that our Scottish offices are in robust health.

“Continued investment in our people and in smart technologies coupled with a expansive global footprint with unrivalled cross-border expertise will help us maintain our leading position in the Scottish and international market place.”

The firm has also announced that Senior Partner Richard Foley has been elected for a second term after an uncontested election. Foley has championed, and invested significantly into, the firm’s work and reputation for doing business responsibly. During his first term Pinsent Masons surpassed its target to achieve 25% female representation within its partnership, and has promoted a more open approach to Gender Pay Gap reporting by UK partnerships. 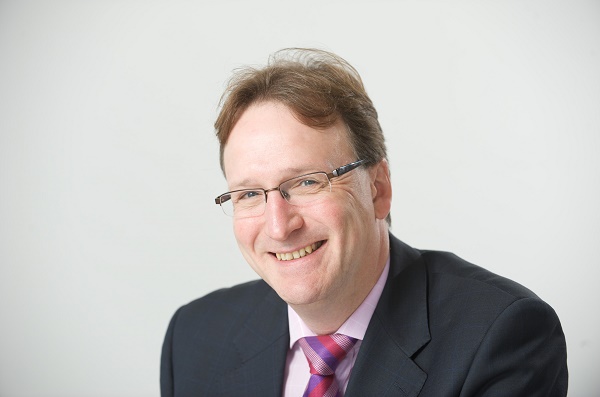 In the past year the firm was named the top professional services firm for LGBT inclusivity by Stonewall, listed among the Top 50 UK employers for women by The Times and was one of the first law firms to be featured in the UK’s first Social Mobility Index.