It’s an image which harks back to a bygone era when there was less traffic on our roads and parents felt safer letting their kids play outside.

But soon the sight of children playing hopscotch and skipping on the streets while neighbours chat and get to know each other could become common again in Edinburgh thanks to a successful play streets pilot project.

Following an overwhelmingly positive response to a citywide Edinburgh Playing Out pilot project in summer 2017, children right across the Capital will soon enjoy hours of playing and making new friends in traffic-free streets if councillors vote to make it Council policy next week.

A report to the Transport and Environment Committee on 17 May details the outcome of a consultation into Edinburgh Playing Out and concludes that as the pilot scheme met its various objectives, it should be adopted as Council policy. 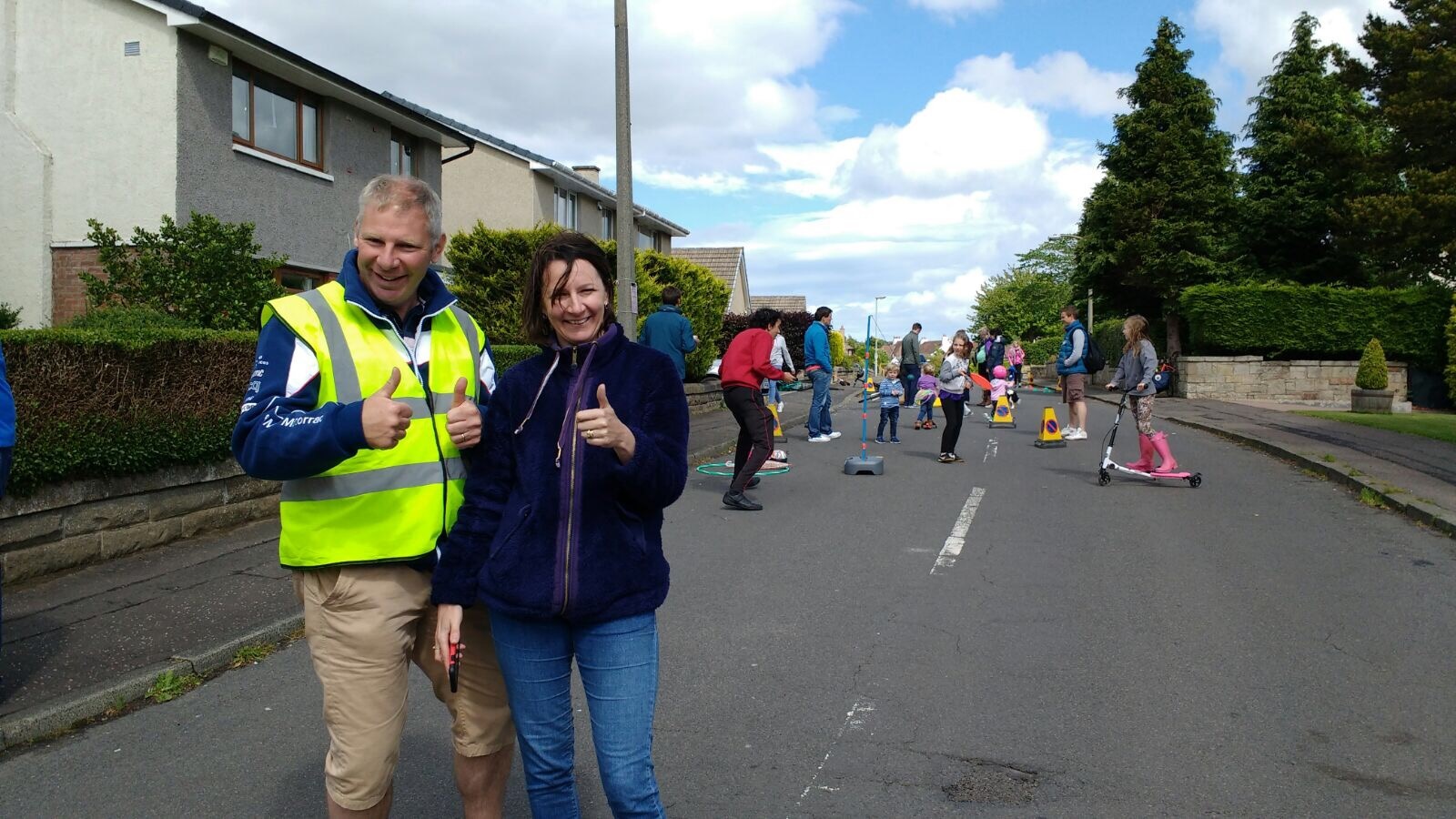 Between April and August 2017, the Council approved 54 playing out sessions to take place across 30 streets around Edinburgh.

During the pilot, the Council covered all costs, including assessing and approving road closures and providing, delivering, and collecting road closure equipment.

A consultation exercise carried out from December 2017 to January 2018 to evaluate the Edinburgh Playing Out pilot found widespread support for the scheme.

Respondents overwhelmingly felt the sessions had:

If approved by the Transport and Environment Committee, a new Edinburgh Play Streets policy will be implemented, to be managed and facilitated by Locality teams across the Capital.

Councillor Lesley Macinnes, Transport and Environment Convener, said: “Our Edinburgh Playing Out pilot scheme saw hundreds of children, parents and neighbours reclaiming their streets for play, conversation and social interaction. Feedback from the public consultation was enormously positive and showed huge support for rolling this out as Council policy.

Councillor Eleanor Bird, Young People’s Champion, said: “It’s so important for children to have the freedom to play outside in an unstructured way. The responses to our consultation showed how hugely beneficial closing off streets for play and recreation is, not just for the children themselves but for their parents and neighbours too. It will be fantastic to see more and more communities holding Playing Out sessions in their streets, especially in this Year of Young People.”