‘Italy at a Glance’ Recap: Italian Trade Commission director assures “Italy is back!” 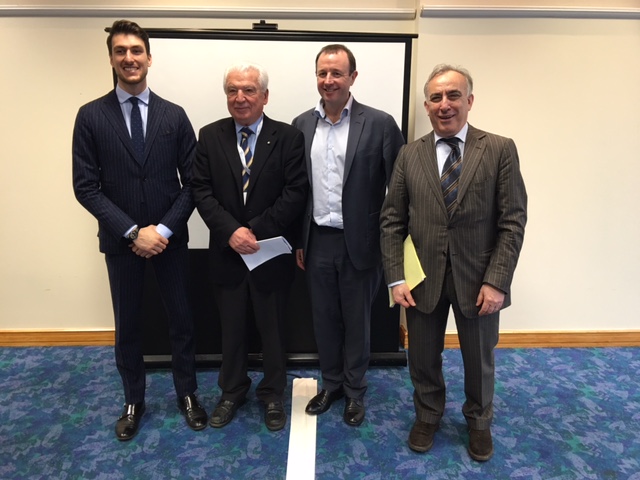 Last Friday, Edinburgh Chamber of Commerce members were treated to an event at BT Murrayfield Stadium as a part of the Chamber’s new international series.

With Brexit on the horizon, it is increasingly important that Scotland be more involved in the international community and that individuals and companies recognize the sheer power they have to forge positive relationships in this transitional time.  Mr. Leonardo Simonelli Santi, the President of the Italian Chamber of Commerce, was welcomed and introduced by Edinburgh Chamber of Commerce president, Scott Black.  From food to fashion to what Scots drink and drive, Italy has had a significant influence on Scotland’s culture and economy.  Fortunato Celi Zullo, director of the Italian Trade Commission, assured the Chamber and its members that “Italy is back!” and moving in the right direction after a difficult economic period.  The presentation highlighted the investment and business opportunities in Italy through an overview of the country’s trade environment and the resources available to Chamber members. 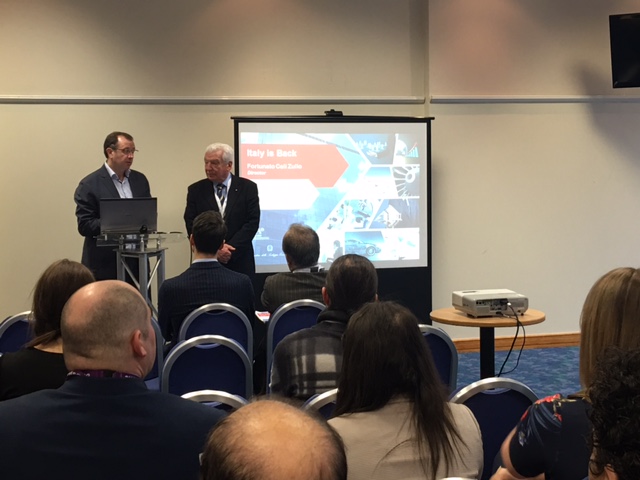 Italy, an “extraordinary commonplace” exports $17 billion in the UK, extending far beyond just pasta and olive oil.  Italy has an impressive track record as world leader in the creation of major infrastructures, Europe’s 2nd largest exporter of manufacturing, and the home to the greatest number of UNESCO sites.  Italy is not only the #1 exporter in furniture, but also exports over 40 billion euros in the food/drink industry and 75% of its gold/silver jewellery production.  With a strong automotive sector and a leading aerospace technology hub, Italy has proven itself as a global station powerhouse.  Ranked 2nd in the Trade Performance Index, Italy possesses a competitive, diversified export and strong worldwide brand recognition that makes it ripe for foreign direct investment.

Roberto Fermenti, Foreign Direct Investment Advisor, spoke on the initiatives of the Italian Trade Agency and elaborated on its benefits for Italian and UK companies and entrepreneurs.  He clearly outlined the ways in which the agencies’ FDI desks identify, promote, and support, Italian investment opportunities while also facilitating interaction between UK investors and Italian private/public counterparts.  He pointed to the pro-business reform climate of Italy as a reason for strong investment interest and urged Chamber members to take confidence in the unique fiscal incentives that allow for things like tax negotiations and credits, construction permits and civil justice reform.  With growing returns in real estate and a competitive Italian economy comprised by 99% SME’s, the Italian offering aligns closely with UK demand.  Members can access www.InvestinItaly.com for a useful investment guide, updated record of reforms and contact list for FDI desks offered by the Italian Trade Agency.

Regardless of the outcome of the Six Nations game the following day, one thing is clear: Italians and Scots must share a language of cooperation and capitalize on the business opportunities that exist within their friendship.