Following consultation with residents and members of the public, Historic Environment Scotland have decided to recognise Leith’s iconic Cables Wynd House (aka the ‘Banana Flats’) and neighbouring Linksview House at Category A – meaning they are of ‘national or international’ importance. 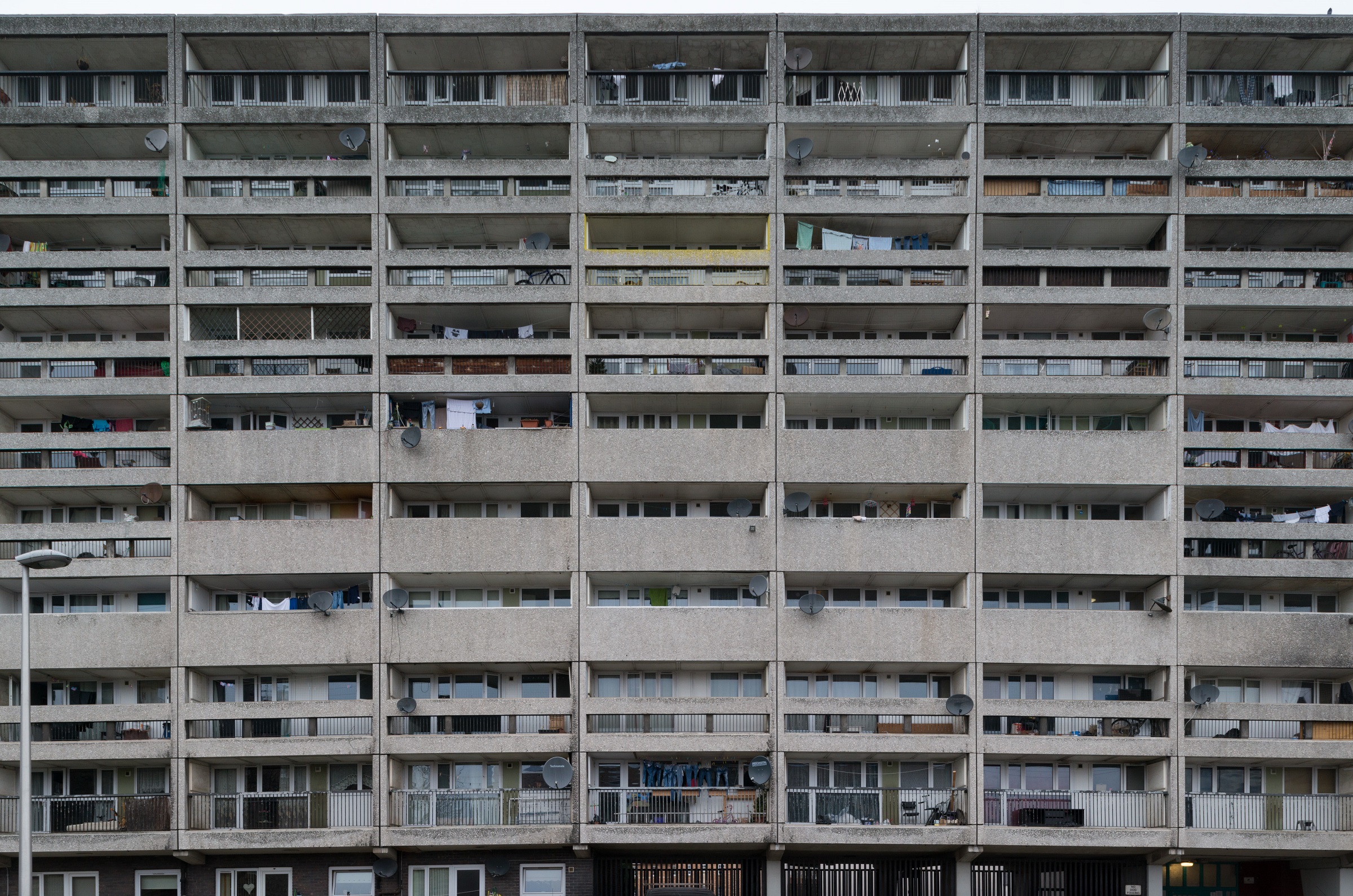 The flats have been an integral, and instantly recognisable feature of the Leith skyline since they were constructed in the early 1960s, and have entered into popular culture thanks to fictional character Simon ‘Sick Boy’ Williamson, residing in the ‘Bananay [sic] Flats’, in local author Irvine Welsh’s novel Trainspotting.

Dawn McDowell, Deputy Head of Designations at Historic Environment Scotland, said: “Following the Second World War, Scotland’s cities undertook ambitious building programmes to improve living conditions and health standards. The initial thinking was to provide only the most basic, high-density accommodation, at minimal cost, leading to the introduction of the high rise flat.”

“In the early 1960s a new, higher quality, and more holistic approach to housing schemes was being pioneered, inspired by housing schemes in France – which aimed to create not just houses but communities. Cables Wynd House and Linksview are amongst the best examples of these schemes, with their use of external access decks as a way of recreating the civic spirit of traditional tenemented streets, and the inclusion of modern features like lifts and heated flooring helping to lift living standards for the residents.

“Cables Wynd was the largest block of flats in Edinburgh at the time, and possibly the most accomplished architecturally, characterising the ‘New Brutalism’ in building, which laid bare the essential materials of a building’s construction, using reinforced and in situ concrete.”

Cables Wynd House and Linksview House become the 50th and 51st buildings respectively, built after the Second World War to be recognised with listing at Category A, joining the likes of the Forth Road Bridge, St Peters’ Seminary in Cardross, The Royal Commonwealth Pool in Edinburgh, and the Bannockburn Memorial Cairn in Stirlingshire.

Professor Miles Glendinning, Director of the Scottish Centre for Conservation Studies, said: “These two blocks abundantly merit their listing at Category A, because they combine international excellence in modernist urban design with an attention to the spirit of place that is specific to Edinburgh, especially to the ‘conservative surgery’ concept of urban renewal, pioneered by Patrick Geddes around 1900. Edinburgh’s post-war multi storey social housing redevelopments were designed to fit into small, highly constrained sites. I believe that Cables Wynd House in particular, was built in its distinctive curved shape as a creative solution to the constraints of that particular site. Along with Linksview House, it represents an outstanding synthesis of international modernist architecture with Geddes’s ‘conservative surgery’ principles.”

The listing follows a period of consultation by Historic Environment Scotland, and the City of Edinburgh Council who own some of the flats.

Dawn McDowell added: “I would like to offer my gratitude to all those residents and members of the public who took the time to engage with our consultation. Their feedback was invaluable in the process.”