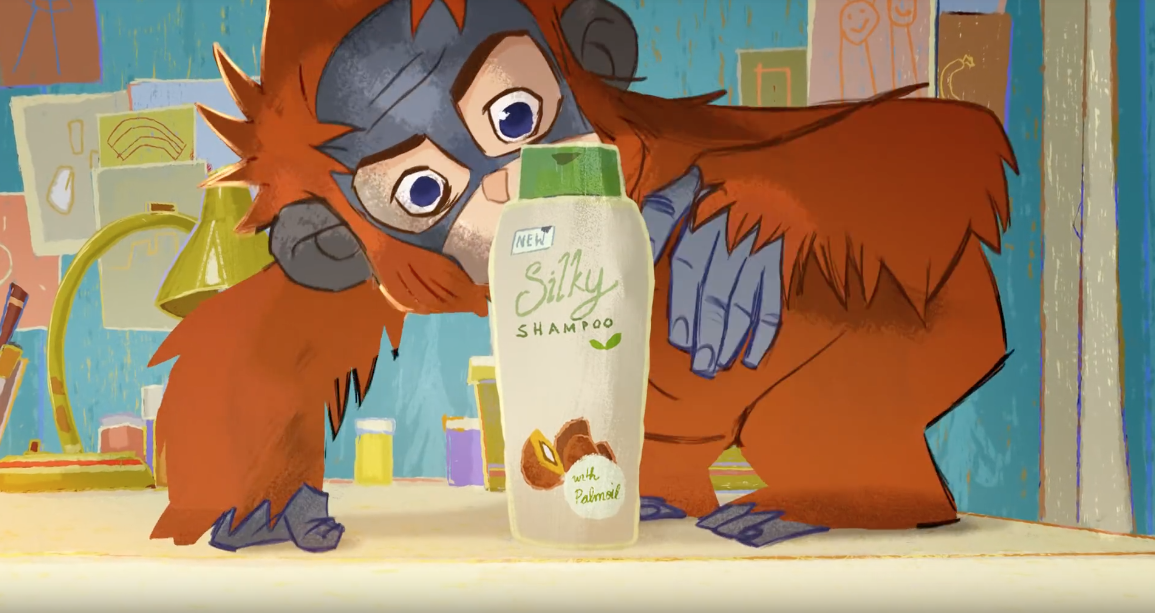 I’m sure you’re all wildy aware of the uproar at the moment regarding Iceland’s banned Christmas advert promoting a #NoPalmOilChristmas. Targetted social media tactic or accidental marketing genius?

The advert, released on Twitter on Friday, won’t be making it to our TV screens this year as it breaches the UK’s political advertising laws. Naturally, everyone’s gooey centres were melted into madness and immediately a social media campaign began, with petitions reaching over 800,000 signatures in order to get that little Rang-tan swinging from channel to channel. A solid scroll will even see my name in the list!

Clearcast, the body responsible for approving TV adverts on behalf of the major broadcasters, is clear in saying that the reason for the ban is as a result of Greenpeace’s involvement with the video.

Originally, the ad was actually in the form of a Greenpeace campaign film and has been on their website and social media for quite some time, which is where the problem lies. As it was initially created by them prior, they view it as a political campaign more-so than a marketing one. In order to bypass the ban, Greenpeace would have to prove they are not a political advertiser to the satisfaction of Clearcast – so despite the social media furore, it seems highly unlikely.

It seems there’s no end to the debate over this little Rang-tan, as there’s now discussion that Iceland were well aware the advert would be banned and this scandal plays into their palms. Understandable, when you consider that in just 2 weeks the advert has triple the views of its 2017 Christmas ad and it’s sent social media absolutely bananas – generating even more publicity!

The very fact that it has been released as a controversial “banned” advert has kickstarted momentum that perhaps might not have been the case had it made it straight on air. Christmas adverts more than ever are becoming so highly anticipated, competing annually with the retail heartstring tuggers, Iceland may have swooped in and stolen gold before half have even had their chance!

With more than 14 million views on Iceland’s Facebook page and 100,000 retweets on Twitter, it’s definitely a campaign that isn’t going quietly – and certainly not with a hyper-realistic robotic orangutan trawling London “searching for a new home”!

Insisting this isn’t the case, Iceland CEO Richard Walker notes they were only made aware of the ban around a fortnight ago and they had believed by removing Greenpeace branding from the advert it would satisfy broadcasting law – hoping that by teaming up they could spread the message far and wide.

He notes that Iceland have been active in this campaign, making the move to pull palm oil from all of their own-brand products 2 years ago and believe that whilst they appreciate this only scratches the surface of a much larger issue, it’s urging a conversation that has been well over-due.

“Everything we do as a human race leaves a footprint, but it’s about doing what we can where we can” – Richard Walker, CEO of Iceland

Though, it may be worth noting that Iceland were one of the worst rated by Ethical Consumer for stockists of palm oil, prior to this active moment. So has it all just been a ploy to gain back some brand equity initially lost from this?

With this discussion growing arms and legs all around us, we are now aware of just how detrimental palm oil can be for our environment. Whilst the debate shifts, we are discovering more about the sustainability of what goes into our much-loved products and as a whole becoming more environmentally conscious consumers. So I suppose the final argument is: genius marketing ploy or not, are we glad of it anyway?

Iceland may have top trumped the retail masterminds and sent everyone swinging, but they have most definitely raised some much needed awareness.

If you’re interested in a #NoPalmOilChristmas, Ethical Consumer has a palm oil free list that can help keep you slightly sustainable: https://www.ethicalconsumer.org/palm-oil-free-list

We are a brand and marketing agency who understand that if you don’t give the marketplace a story to talk about, they’ll define your brand for you. We’re here to help you establish and define your brand story on your terms.