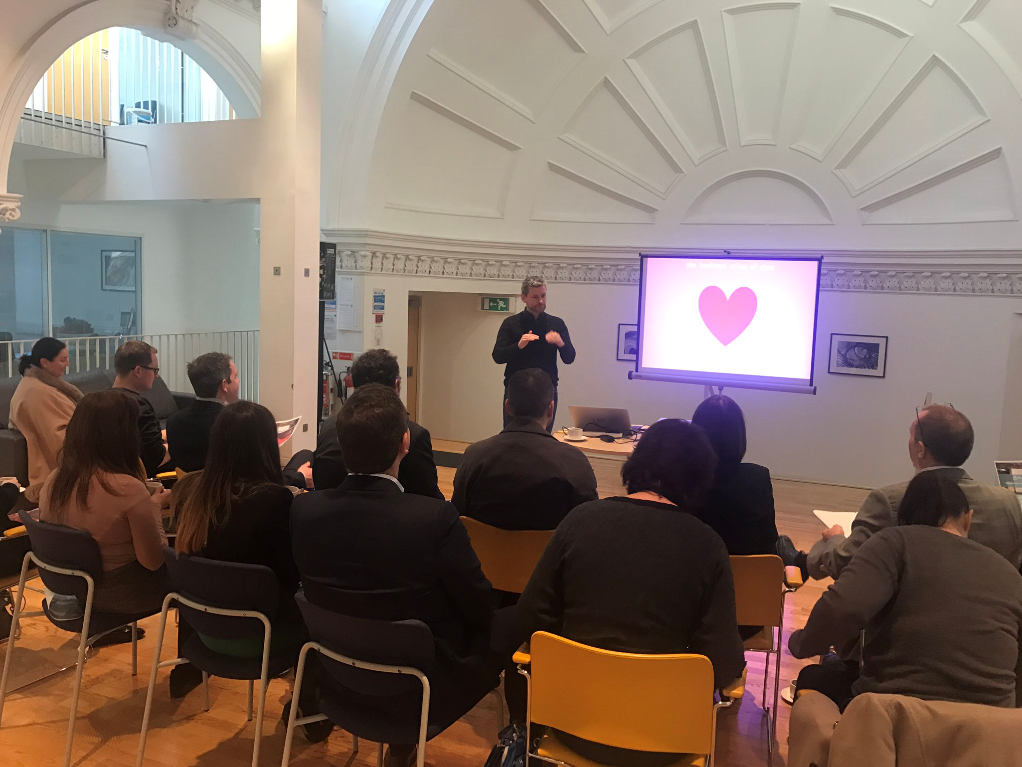 On Wednesday morning we were hosted at The Data Lab in South College Street by Craig Paterson and his colleagues.

They are two years old, and part of University of Edinburgh.  Recent new members of the Chamber – Craig gave an interesting run through of what they do and what data science means for business.  Their overarching aim is to develop high value jobs in Scotland in the area of data science.  They will take a business problem you have and using your data, apply their teams to it and draw out practical solutions for you.

They have over 90 MSc students available to them and a team of full time experts as well.  They will work on small or large projects and costing is done on a day rate basis.  They do receive some Government funding and their remit is to drive revenue and productivity growth in Scotland.

Craig began by reference to the Gartner Hype Cycle – he said ‘Big Data’ is in this cycle currently.  It is a hot topic and everyone refers to it as the silver bullet which will solve all our problems (real and perceived!).  Then this hype reaches a peak and starts to decline as reality kicks in and there is disappointment at the belief that whilst it may work for other businesses, it doesn’t work in mine.

He talked about the V journey of data science; Volume, Velocity, Variety, Veracity and now Value.  His feeling is that the most important question we must ask of our business data is – what is it’s purpose?  The difference between a data analyst and a scientist is the value added by a data scientist.  The Datalab prides itself on always keeping the practical business problem at the heart of the data work up.

The next area he addressed was the rise of Artificial Intelligence (most relevant for business is the area of machine learning) and suggested we need to think about the opportunity for more thinking jobs than manual labour and how this affects the world of commerce.  They work on giving executive education around how to get the most out of the data work that is available.  He reminded us that we keep the human overlay on top of any algorythmic modelling we do.  He gave an example of the New York Ambulance Service.  They positioned ambulances out in the City having analysed where most people have requirement for them.  However it was found that much of the time the crew would not be in those places.  When asked why – they explained there was no where to buy coffee or find a restroom!  So then the map was redrawn and waiting points were found that satisfied the human need as well!   Stirling Council had done a similar route map and had found drivers were not sticking to it as it wasn’t near to a sausage roll bakery!

In wrapping up he emphasised that scoping the real problem is crucial in data science.  Question and Answer session was engaging and I think we are all getting more educated about this fascinating new era of big data and how to keep using it for improving profitable revenue growth.