A MAJOR refurbishment to modernise and refresh one of Edinburgh’s city centre hotels is now complete.

Located within the peaceful landscaped grounds adjoining Holyrood Park, the 108-room Salisbury Green Hotel and Bistro has undergone a £4.6m renovation over the last year – with the final phase of the makeover within its Mansion House now finished.

The collection of 36 en-suite twin, double and single bedrooms within Mansion House now boast brand new mattresses and furnishings, while the decor retains the original character of the 18th century building.

Next door, in the contemporary part of the hotel, the other 72 bedrooms underwent a huge refurbishment in 2018, now offering guests top of the range Elite mattresses, new fitted bathrooms with Arran Aromatics toiletries as well as a contemporary lounge and bistro area downstairs.

Salisbury Green Hotel and Bistro is owned by The University of Edinburgh and operated by Accommodation Catering and Events under their commercial brand Edinburgh First.

Lyndsay Wilkie, Director of Business Development, said: “This marks the end of an intensive period of renovation at Salisbury Green Hotel and Bistro and we don’t think there will be any disappointment among our guests.

“We’ve worked very hard to ensure the accommodation and service matches its superb location in the City. 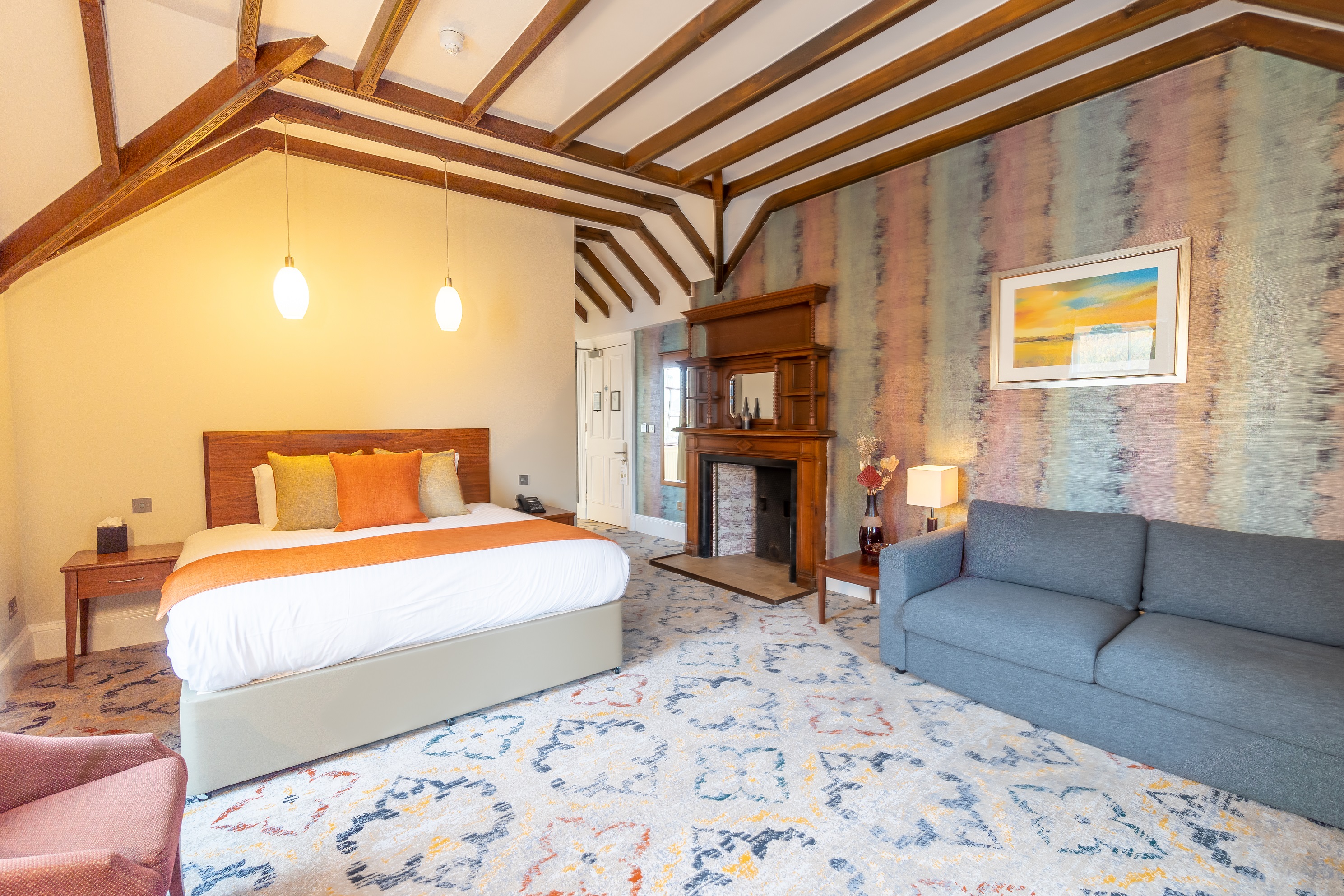 “We have the best of both on offer – there’s rooms that appeal to all kinds of visitors, whether you’re looking for something modern or more traditional.”

Mansion House was originally built in the 1750s for an Edinburgh merchant named Alexander Scott. The supporting walls of this house are still encased within the existing building.

In its long history it has belonged to the Dick family of Prestonfield House and Edinburgh publisher William Nelson before being purchased by Sir Donald Pollock – after whom the University’s main halls of residence is named – in the early 1940s.

From then it became a residence for students of the University of Edinburgh until 2006 when it was converted to a hotel and conference centre.

Now the team behind the major refurb are offering the VIP ribbon-cutting duties to somebody who lived in the Mansion House when it served as halls of residence and who can tell of what staying there meant to them at the time.

To apply, the former residents are being asked to recall what Mansion House meant to them as their likely first home-from-home, to be sent along with their name, address and contact details to Natasha.Breen@ed.ac.uk or posting a letter to Pollock Halls of Residence, 18 Holyrood Park Road, Edinburgh, EH16 5AY by 31 January 2020.

As well as the opportunity to herald the grand opening, due in January, they will receive a complementary bed and breakfast stay for two – and the chance to see how neighbouring student accommodation has evolved over the years.

Along with a new and improved interior, the Salisbury Green Hotel now boasts access to 18 electric vehicle charging points, including a Tesla Destination Charger.

Breakfast is served in the Bistro, where guests can enjoy fantastic Scottish produce including Stornoway black pudding from Charles Macleod Butcher, Hornigs haggis from West Calder and smoked back bacon from Stobbs farm in Gorebridge.

In the newly refurbished rooms, there are TVs with Freeview, free wi-fi, desks and a selection of premium ground cafetière coffee and award-winning Novus tea.

Edinburgh First operates one other hotel in Edinburgh, KM Central as well as self-catering city apartments on Richmond Place.

Edinburgh First brand provides a full range of hotel, event and catering services with more than 200 venues and spaces across the University of Edinburgh estate.

It operates one other hotel in the city, KM Central as well as self-catering city apartments on Richmond Place.