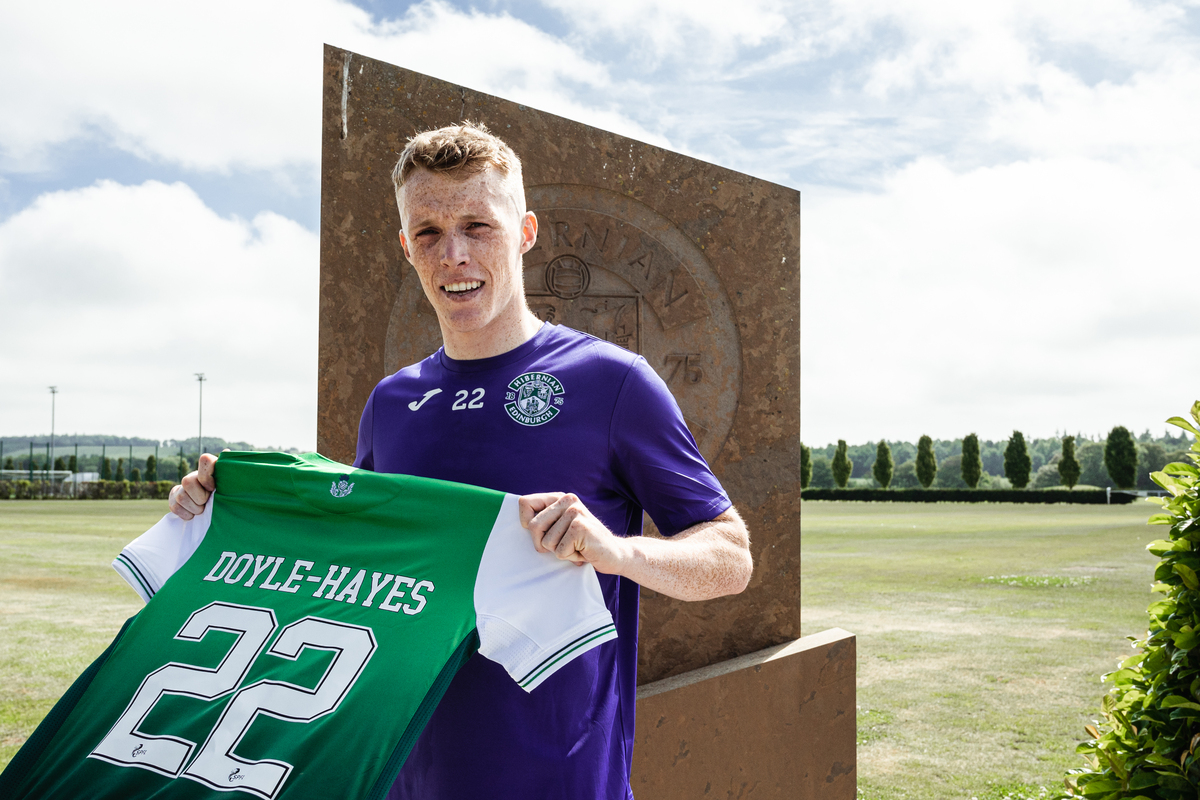 Doyle-Hayes has won one cap for the Republic of Ireland U21s and made 30 appearances for St Mirren last season in all competitions. He scored his first and only goal for the Buddies in a 1-0 victory at Livingston.

Doyle-Hayes, who started his career at Aston Villa, was a standout performer for Jim Goodwin’s men last season as they finished seventh and reached two cup semi-finals.

“After speaking to the manager, I was delighted to get this opportunity,” said Doyle-Hayes after passing his medical at Hibernian Training Centre.

Doyle-Hayes has been largely deployed as a holding midfielder to date but enjoys getting box-to-box and is hoping to add more goals and assists to his game this season.

“I enjoy both sides of the game,” said Doyle-Hayes, whose idol is Roy Keane. “I enjoy digging in and defending and helping the back four, but I also like chipping in with a few assists and maybe a couple of goals if I am lucky.”

Doyle-Hayes will join up with the squad ahead of a pre-season training camp in England next week.

Fellow new signing Daniel Mackay, who arrived at the end of last season, is also set to make his competitive debut over the coming weeks.