Scottish politicians quizzed engineers from Openreach about Scotland’s digital future during a recent drop-in session at the Scottish Parliament.

They heard about the work being done to upgrade the country’s broadband network and how politicians can help industry investors to speed up the build.

According to thinkbroadband, the UK’s largest independent broadband news and information site, nearly 94 per cent of Scots can currently access superfast broadband at 30Mbps+.

However, the focus is now shifting to ‘ultrafast’ full fibre, as the copper network reaches the end of its life. 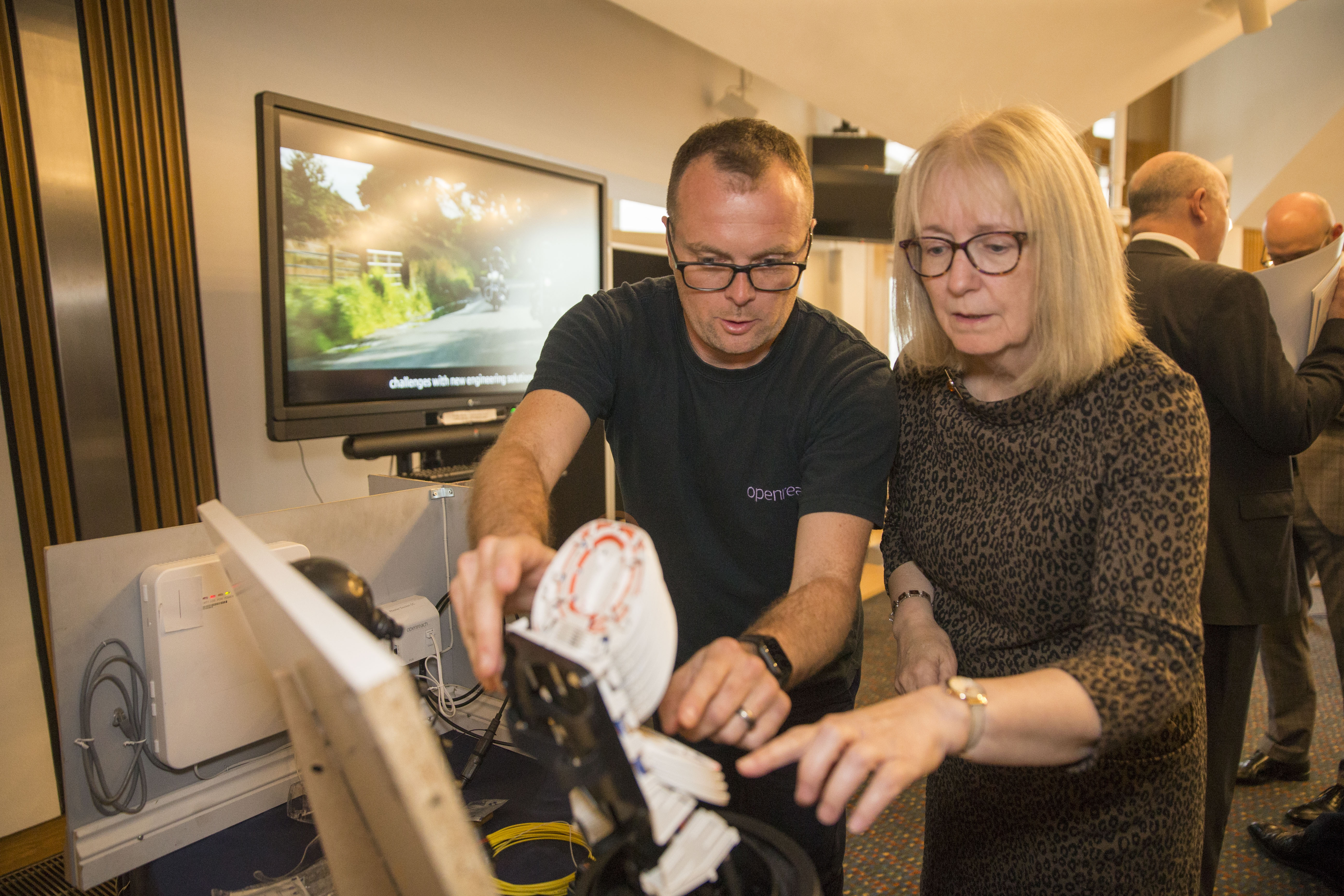 Openreach is building full fibre infrastructure in Edinburgh – where more than 40,000 homes and businesses can already benefit – Greater Glasgow, West Lothian and Kilmarnock as part of its Fibre First programme. The business, which legally separated from BT a year ago, has also outlined plans to start work on full fibre networks in Aberdeen – where 13,000 premises can already access an ultrafast service from the company – and more parts of Ayrshire in the next 18 months.

Engineers are also working on a pilot in villages – including Lundin Links and Lower Largo in Fife and West Calder in West Lothian – to test new tools and techniques to bring futureproof, full fibre to areas which are more challenging for a commercial investment programme. 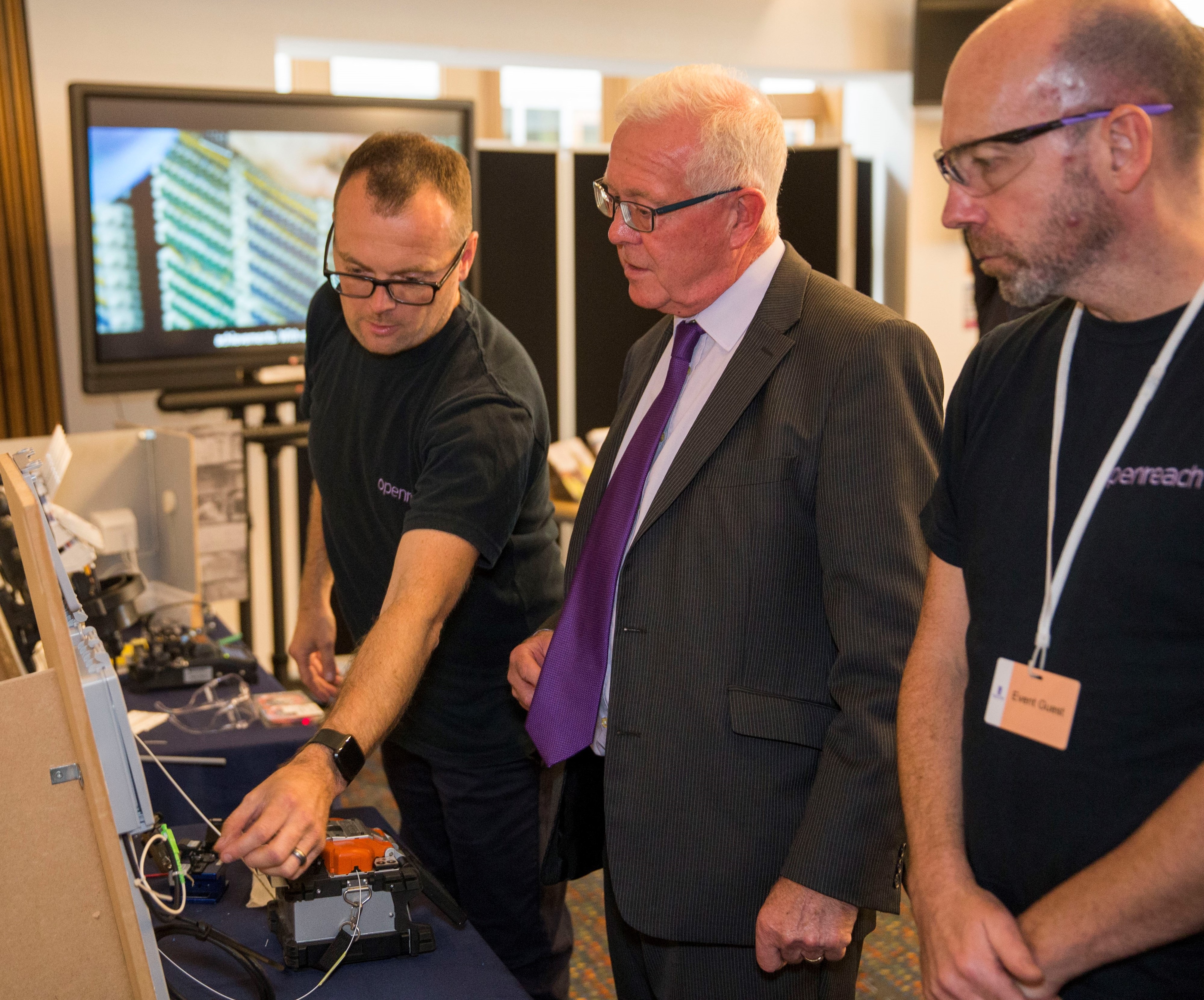 The Holyrood event was hosted by Brendan Dick, chair of the Openreach Board in Scotland, who said: “We can’t build a new full fibre network for Scotland without support from our public sector partners. It won’t be quick or easy, but action to reduce red tape and remove barriers will speed things up. The Scottish Government has already reduced the tax on fibre infrastructure but we also need to make street works and getting access to land and blocks of flats simpler and mandate full fibre for all new housing developments.

“This is not simply about putting wires into the ground. It’s about what full fibre technology can do for Scotland, helping to answer long term challenges like energy use, climate change and sustainable rural communities as well as giving businesses access to world-class connectivity.” 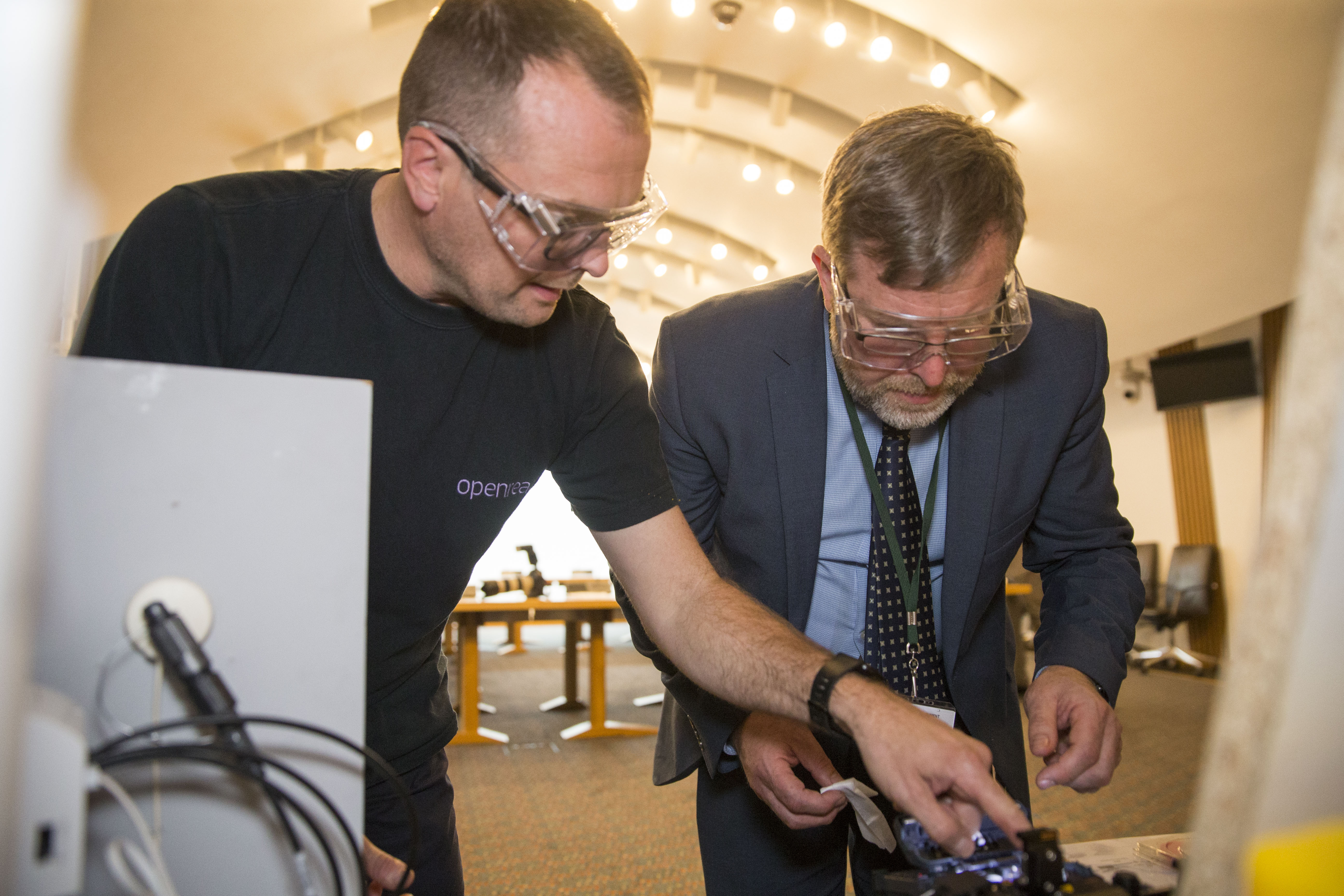 More than 2.6m Scottish households and businesses can connect to Openreach’s existing digital network through their service provider – including household names like BT, Sky and TalkTalk.

Event sponsor Bruce Crawford MSP said: “Scotland’s at the start of a digital journey from old copper cables to full fibre technology, where the fibre doesn’t stop at the street cabinet but goes all the way to the home. It’s more resilient and future-proof as well as faster – with fibreoptic cables as thin as a hair able to deliver gigabit speeds.

“The Parliament event was a great opportunity to learn what that will mean for local people, businesses and future public services like education, healthcare, transport, energy, water and housing. Good connectivity supports productivity and economic growth but also brings really valuable new opportunities for sustainable communities.”

MSPs and researchers attending the drop-in event will also get to connect tiny glass fibres used to transmit data at the speed of light and chat to some of the 220 new apprentices taken on by Openreach in Scotland this year. The company is building on its biggest ever recruitment of 400 new engineers last year, joining its 3,200-strong Scottish workforce.

It has invested more than £500,000 in fibre training centres in Livingston and Dundee to make sure engineers have the right skills to deliver the new full fibre network. Openreach is the UK’s leading full fibre builder, with plans to reach four million homes by March 2021.