A mental health campaign has launched this week. Now in its second year, #SeenNotScreen is aimed at getting people off their mobile phones and into the real world simply by having a cuppa and a face-to-face chat with a friend. The campaign is being run by Scott Newby, MD of NewbyCore Consulting. 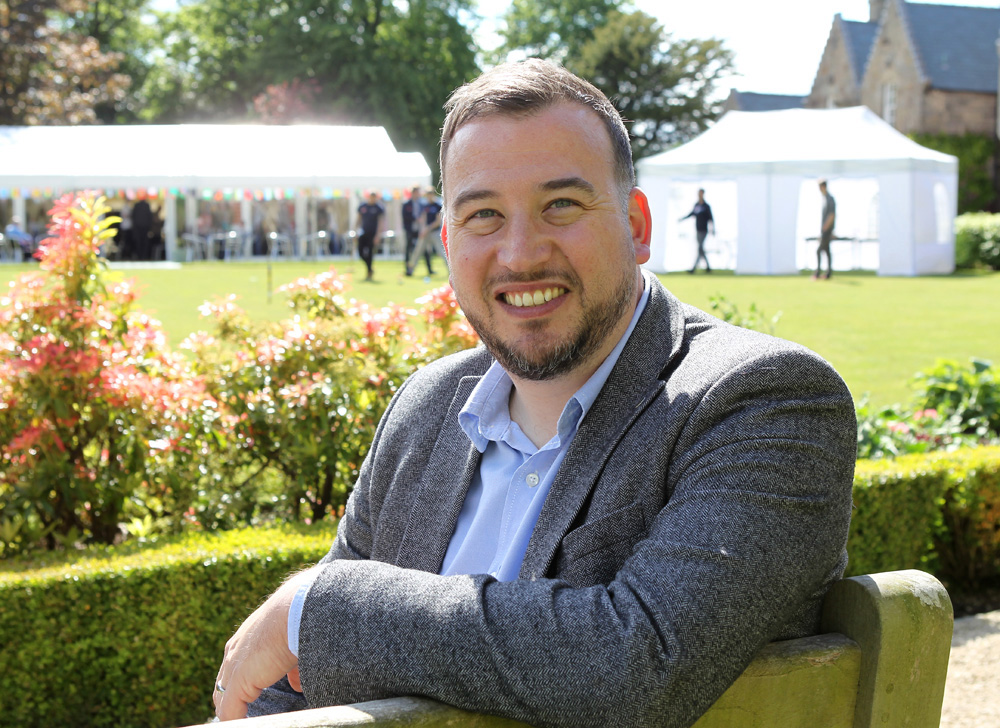 With most of us now checking our phones approximately every 12 minutes and 1 in 4 people in the UK experiencing a mental health problem each year, Scott is on a mission to get the nation talking, face-to-face with no phones in sight.

The aim is to help reduce the impact mobile phones are having on our lives, the stigma around mental health and also help people feel comfortable talking and asking for help if they need it.

Backed once again by some exciting names from the world of sport and business, including ex-Arsenal footballer Perry Groves and Edinburgh City footballer Conrad Balatoni (formerly of Kilmarnock and Partick Thistle), #SeenNotScreen, will be taking place on Monday 20th January 2020, also known as Blue Monday, with people being asked to meet up with a friend, colleague, neighbour or family member for a cuppa, without their phone.

Former Top-Flight winning Arsenal Footballer & respected media pundit, Perry Groves said “this is a great campaign to remind us to step away from our screens, and get together face-to-face with a friend or colleague. I’m really pleased to be involved with a campaign such as this, which encourages positive mental health.”

Also throwing their support behind the campaign is Edinburgh City footballer Conrad Balatoni (formerly of Kilmarnock & Partick Thistle). Balatoni said:  “I’m delighted to support the #SeenNotScreen campaign. We are all so attached to our phones nowadays, so this is a great campaign to highlight how much time we all spend in-front of a screen. I’m encouraging everyone to join in and have a cuppa with a friend.”

Afterwards Scott is asking people to share a photo on social media using the hashtag #SeenNotScreen to help spread the word.

Scott, who believes awareness campaigns such as #SeenNotScreen are more important than ever said:  “Since the first year of #SeenNotScreen, we have worked a lot with individuals and organisations in relation to Mental Health, and a common theme that comes up is the negative impact that social media is having on people’s mental wellbeing. Advances in technology can be amazing, but should be used to enhance human to human connection, rather than the opposite.’

As part of the campaign, Scott has penned a poem entitled, “Put the kettle on mate”, which is a nostalgic look back on how things used to be in his youth, pre-mobiles, and highlights that there really is no substitute for the human connection.

For Scott, this is just part of his mission to continue promoting positive mental wellbeing across the UK, especially in the workplace, as well as helping to remove the stigma of poor mental health in society.