Final Kiltwalk of the year is Edinburgh’s biggest ever

Scottish charities will receive more than £1 million thanks to the generosity of around 5,000 Kiltwalkers in the capital and their supporters.

This brings the total raised via the Kiltwalk in 2018 to an incredible £4.5 million by over 20,000 walkers who took part in the four events.

Today’s event, which finished with a party at the home of Scottish Rugby, BT Murrayfield, was the last of this year’s four Royal Bank of Scotland Kiltwalks, and Edinburgh’s biggest ever. More than 1,150 Scottish charities will benefit from the funds raised.

Once again, Sir Tom Hunter and The Hunter Foundation will add a massive 40% to everything raised by the walkers. For every £1 raised, £1.40 goes to the charity they choose.

Sir Tom Hunter, founder of The Hunter Foundation and backer of the Kiltwalk, said: “This is the most efficient fundraising platform out there. Before this event, I challenged the people of Edinburgh to put on their tartan and make a real difference to people’s lives. I’m pleased to say they did just that. 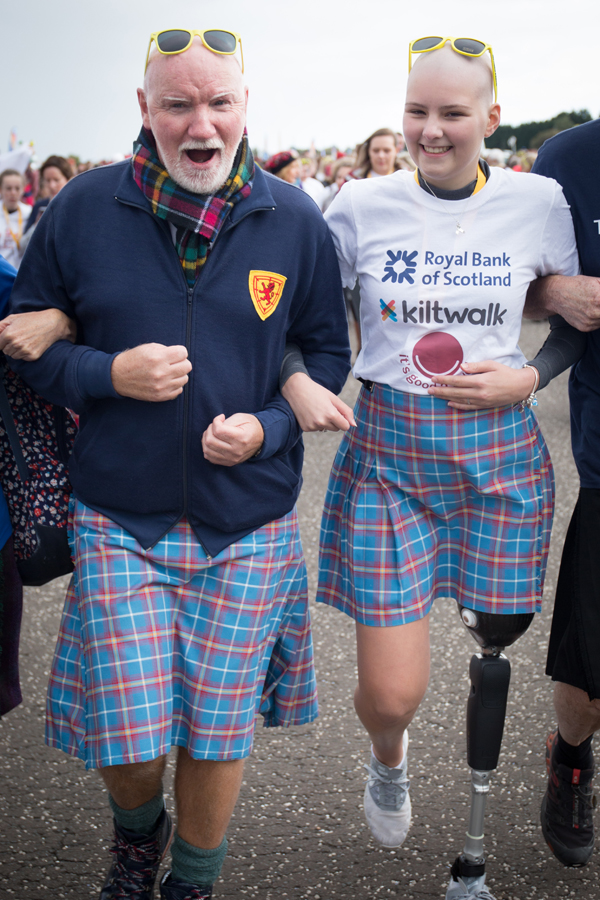 “The Kiltwalk gets bigger every single year without losing the incredible spirit that makes the event so special.

“I meet so many inspiring people at each event and I would like to thank every single one of them for their incredible efforts this year. The Kiltwalk team are already hard at work, planning for next year. I truly believe this can be Scotland’s biggest mass participation event.”

Leading out all three walks was 17-year-old Joanna Lamb, who lives with Osteosarcoma, a rare bone cancer that only affects around 20 people each year in Scotland. The Edinburgh teen, who suffered a leg amputation due to her illness earlier this year, walked the Wee Wander for cancer charity It’s Good To Give, raising thousands of pounds. 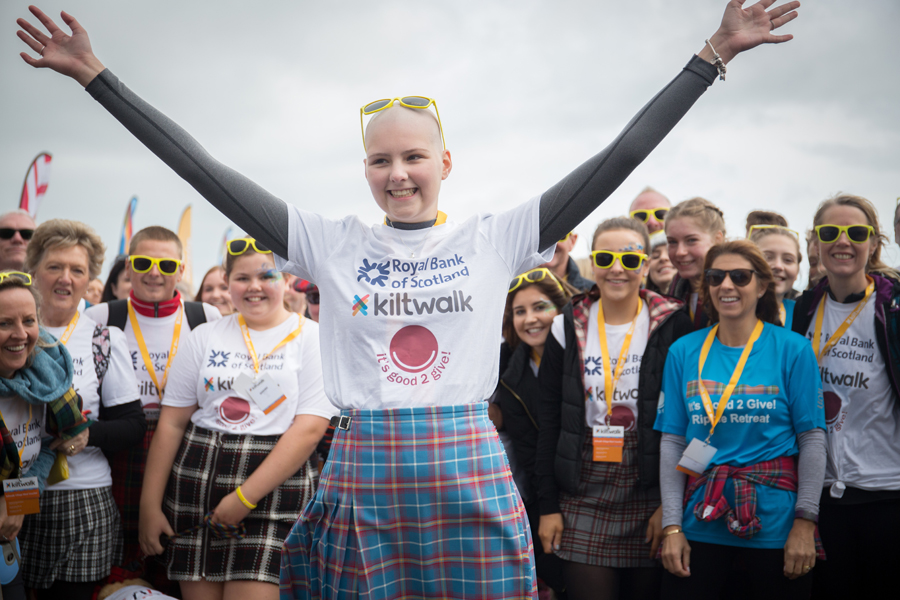 Joining Joanna at the starting line was tennis coach, Judy Murray, who took on the Wee Wander for her own charity, The Judy Murray Foundation, the Lord Provost of Edinburgh, Frank Ross, who took on the Mighty Stride, Queen of the Jungle and Made in Chelsea star Georgia “Toff” Toffolo, STV’s superstar weatherman Sean Batty and Ross McEwan, CEO of the Royal Bank of Scotland. 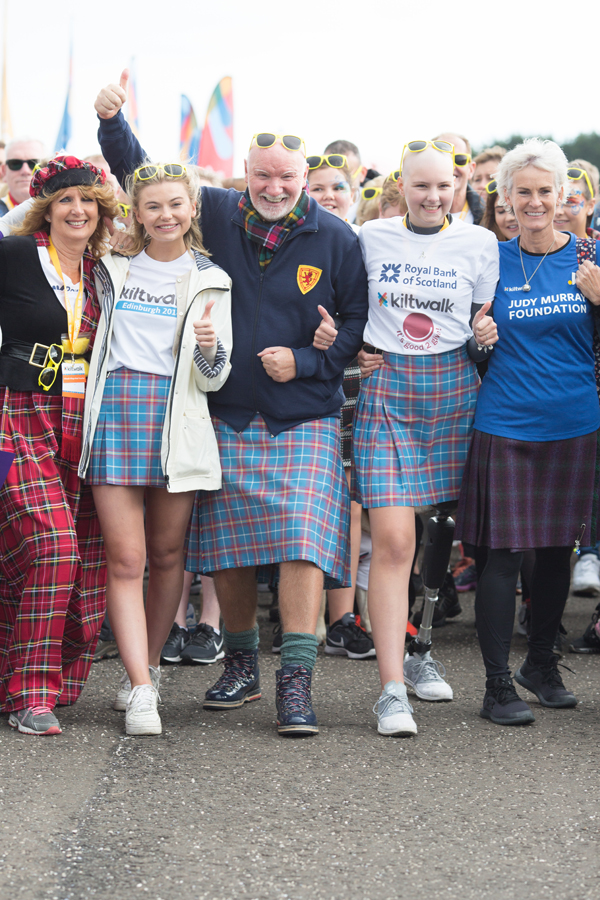 All Kiltwalkers were fed, watered and entertained on the route at Pit Stops run by charity partners including Glasgow Children’s Hospital Charity, Team Jak, Children’s Hospices Across Scotland (CHAS) and It’s Good 2 Give. Fuelling walkers was fresh fruit, chocolate biscuits from Tunnock’s, shortbread from Walkers, soup from The Scottish Soup Company and water donated by Tennent’s-owned Tipperary Water and AG Barr’s Strathmore Water.

Edinburgh walkers took on one of three routes in the capital, with 1,900 of them setting off at 9.30am from Holyrood Park to tackle the marathon-distance Mighty Stride, 1,400 setting out at 11am from the Pinkie Playing Fields to take part in the 15.5-mile Big Stroll and a further 1,700 at 12pm to enjoy the five-mile Wee Wander.

One lucky Kiltwalker will win a brand-new Vauxhall Corsa 1.4 SRi from Platinum Sponsor Arnold Clark who are gifting a car for each of the four Kiltwalk events in 2018.

To find out more about the Royal Bank of Scotland Kiltwalk, or to register for next year’s events, visit www.thekiltwalk.co.uk.