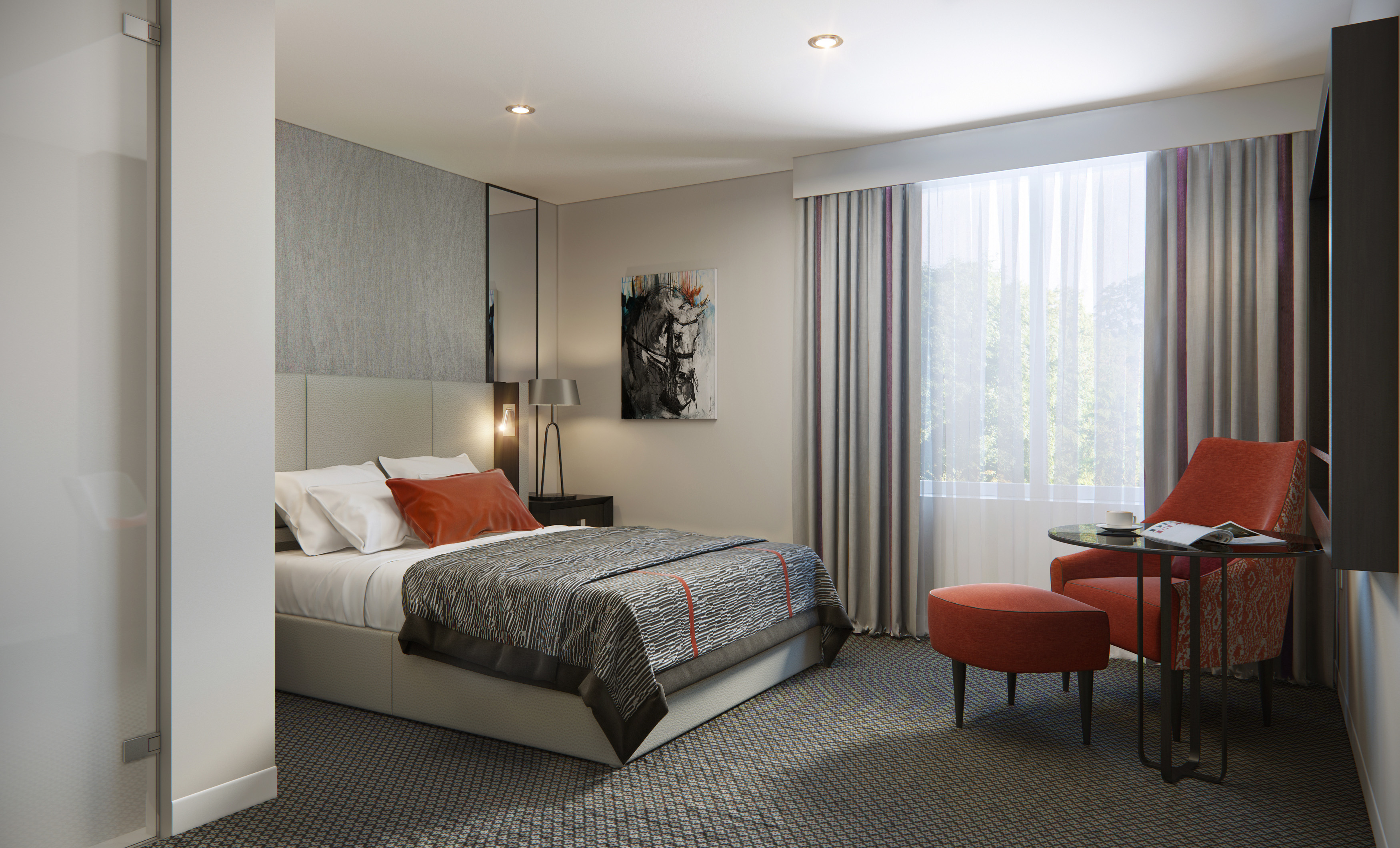 An Edinburgh hotel that puts profits back into advancing surgical standards worldwide to improve patient outcomes is to undergo a major £8.5m 52 room expansion.

Following record occupancy numbers, Ten Hill Place is increasing to 129 rooms – close to a 70 per cent increase on its current provision of 77 rooms.

The expansion will sensitively renovate neighbouring Hill Place buildings, also currently owned by the Royal College of Surgeons of Edinburgh (RCSEd) and used primarily as offices and by academics.

Operated by the college’s commercial arm, the hotel posted record turnover of £2.69m* in its last full recorded financial year – thanks to an impressive 88 per cent occupancy rate fuelled in part by highly positive TripAdvisor reviews.

Scott Mitchell, Commercial Director of RCSEd, said: “The tireless and inspiring work of the team involved with Ten Hill Place has given us this great opportunity to grow.

“In turn, our expansion will give us a greater platform to generate the profits that go directly towards improving lives for surgical patients all around the world – including those in areas of conflict and extreme poverty.

“As the number of visitors to Edinburgh has soared, we have been able to tap into the market and develop our reputation – meaning that the hotel is now busy all year round.

“Having initially targeted visiting academics, medical professionals and delegates to conferences; our customer base is now especially varied – especially during festival season and Hogmanay.”

RCSEd Commercial Enterprises – which started out as just three people and is now more than140 strong – will also rebrand to ‘Surgeons Quarter’ to mark the expansion of the organisation – with the full destination branding expected to be complete by Summer of 2018 to coincide with the conclusion of work at the hotel.

Capacity of the successful restaurant and wine bar will also be increased, and the expansion will provide space for a gym.

Scott added: “We are hopeful that the expansion will enable the hotel to deliver its full potential, furthering what we already currently provide, our food and drinks offerings, assisting our charitable aims and boosting tourism and hospitality jobs in Edinburgh.”

The Royal College is one of the most august institutions in Scotland. It provides education and assessment for medical students, surgical trainees and consultants and supports research to advance standards of care for the future. Surgeons trained and assessed through the College take their life-saving and life-changing skills all over the world.

The college’s Commercial Enterprises promotes, sells and manages all commercial activities held within the College Campus, which includes arts and conferencing venue Surgeons’ Hall. All profits support the charitable aims of the College which are education, assessment and advancement in surgery.

As part of the major rebrand of the College’s commercial activities under the Surgeons Quarter banner, the collection of buildings situated around the historic Hill Square will also become known as Surgeons Quarter.