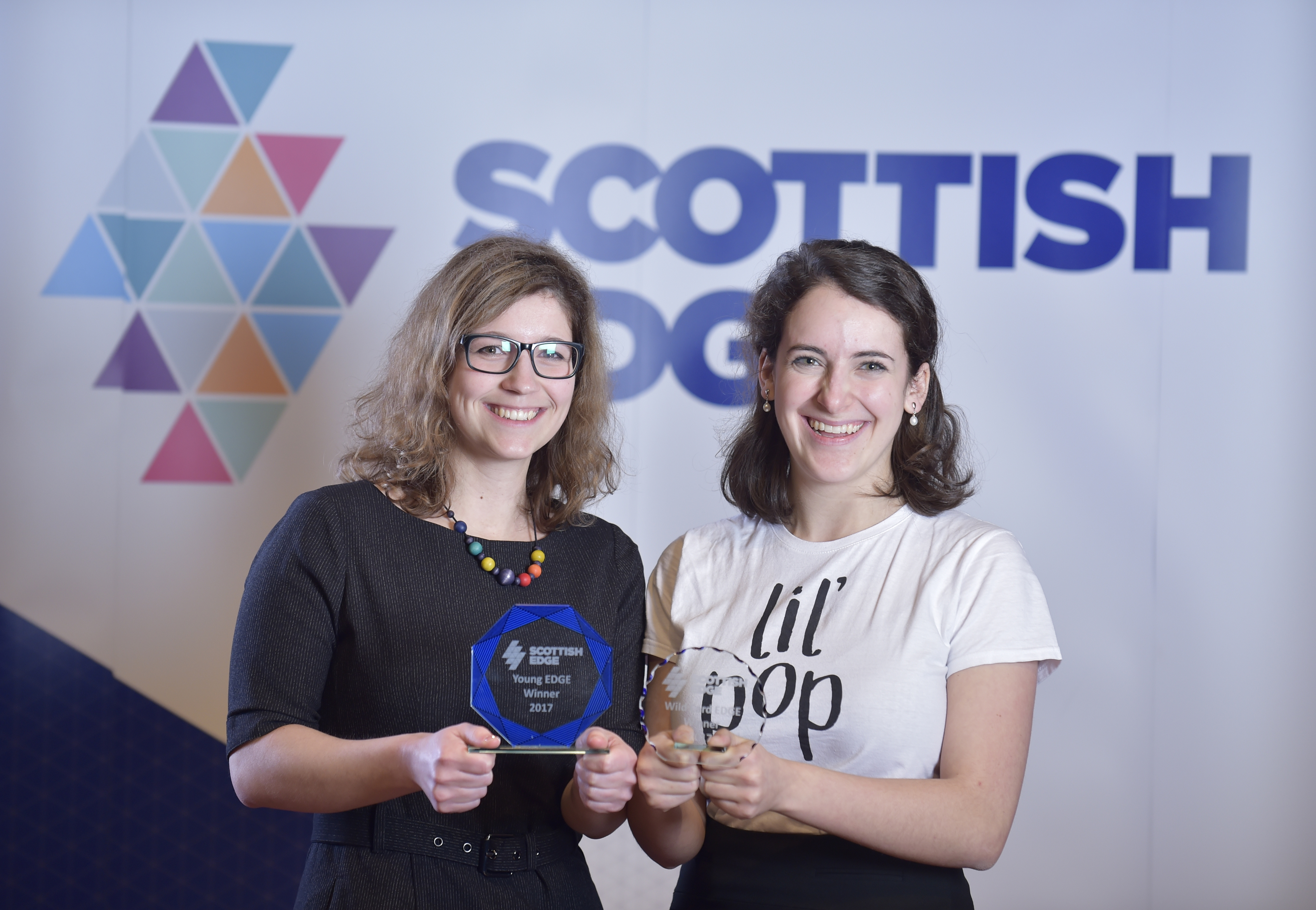 Two entrepreneurs whose start-up ideas were brought to life during their time with Edinburgh Napier have both scooped a top funding award.

Edinburgh Napier graduates Sydney Chasin and Martina Zupan made it through to the finals of the Wild Card EDGE and Young EDGE categories respectively as part of the wider Scottish EDGE competition.

At the official awards ceremony yesterday (14 December), both were awarded funding of £10,000 in front of a packed audience at the Royal Bank of Scotland headquarters in Edinburgh.

Sydney was one of 11 Wild Card Edge winners, with Martina one of 12 Young EDGE winners. Nearly 200 businesses were eligible for both categories, with 22 selected for the final of each.

Scottish EDGE is a competition aimed at identifying and supporting Scotland’s up-and-coming, innovative, high-growth potential entrepreneurial talent. To date, it has awarded £9m to nearly 300 businesses. Its Young EDGE competition focuses on supporting companies whose directors are all aged 18-30, while Wild Card EDGE is a judges’ award category that requires the collective agreement of the assessment panel that you or your company has the ‘wow’ factor.

A graduate in financial services with entrepreneurship, Sydney was inspired to start her own business after completing her studies and became the first recipient of the Edinburgh Napier’s graduate entrepreneurship visa sponsorship.

Her product – Lil’ Pop – is a healthy snack that uses a crop called sorghum to produce an alternative to popcorn. Her company – The Healthy Crop – currently operates out of Edinburgh Napier’s Bright Red Triangle incubator at Merchiston as she gears up to bring Lil’ Pop to a commercial market.

Her line of disposable tableware made from waste eggshells – Colleggtion – was developed as part of her final year project and she is now working on her eggshell material to replace plastic in a variety of industries. Her work is also being supported through Bright Red Triangle.

Martina Zupan said: “Scottish EDGE was my first competition where I had to pitch live, so it was very nerve wrecking. But all the amazing people involved (judges, Scottish EDGE team and other inspiring entrepreneurs) have made the whole experience very positive and exciting. I feel extremely proud to have won the Young EDGE award and this achievement gives me extra confidence in turning my idea into reality.”

Sydney Chasin said: “I’m honoured to be part of the Scottish EDGE competition and be one of the eleven Wildcard winners. This award is a game changer for the speed in which we can develop lil’POP and reach company goals. Pitching and asking for funds can be daunting, but the Scottish EDGE team and judges have made the entire process a wonderful and memorable journey.”

More information on the competition can be found at: https://scottishedge.com/

More information on Lil’ Pop can be found at: https://thelilpops.com/