To University and Beyond!

Champion of creativity honoured at graduations

Former Disney executive Duncan Wardle was made a Doctor of Business Administration in a ceremony at the capital’s Usher Hall.

Wardle, who graduated from Edinburgh Napier in 1986, spotted an advert for a job placement at Disney on a campus noticeboard in the course of his business degree and went on to secure a permanent position. 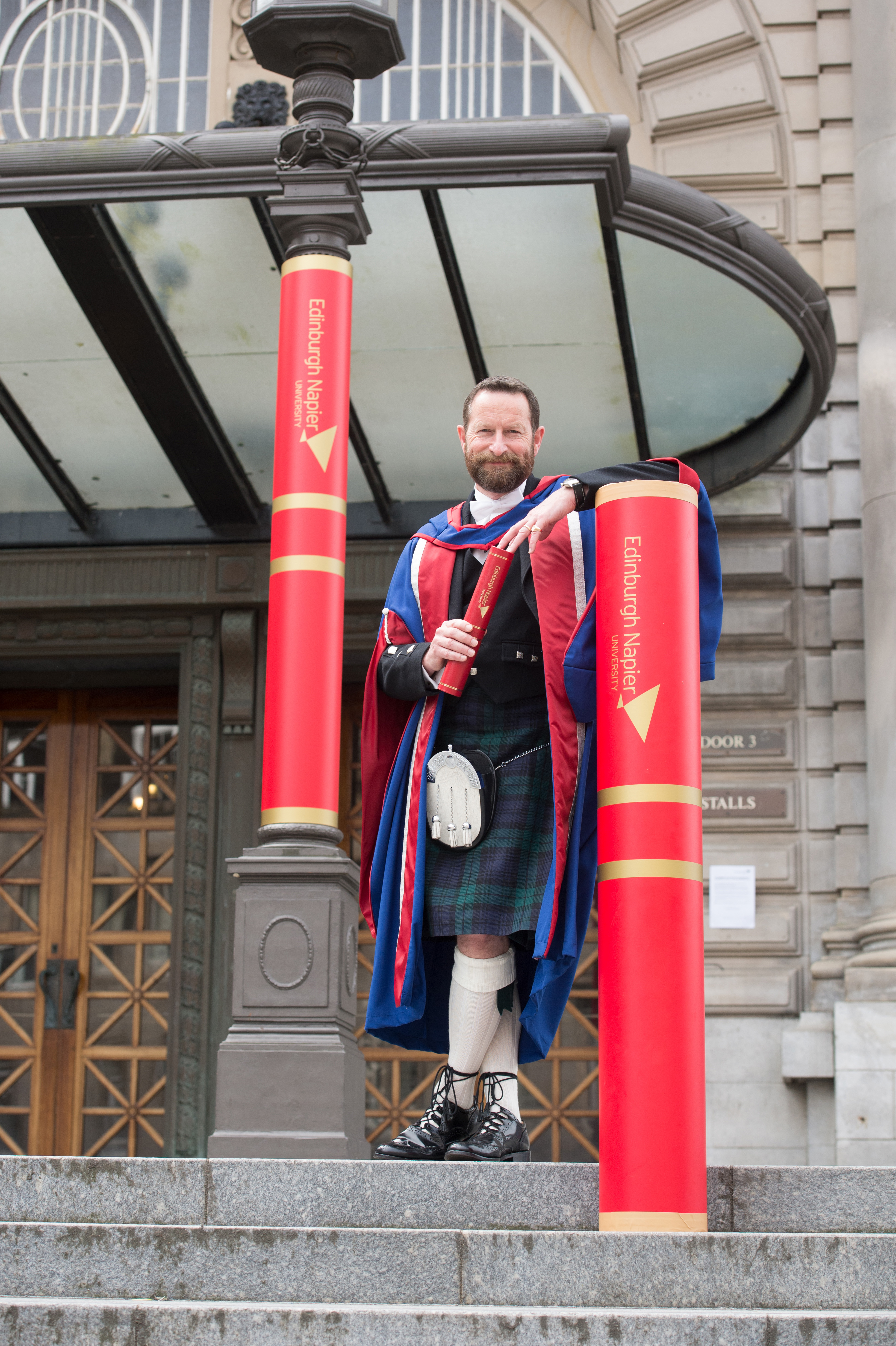 During his 30-year career with The Walt Disney Company, he worked all over the world, masterminding PR for the theme parks and founding the Creative Catalyst Team on his way to becoming Vice President of Innovation and Creativity.

He made a deal to send Buzz Lightyear up on NASA’s space shuttle Discovery, from where he took part in broadcasts back to earth, to launch the Toy Story Mania attraction.

In 2008, he received an American Citizen of Choice award at the White House, bestowed on immigrants who have become US citizens and then gone on to create significant projects that give back to the community. 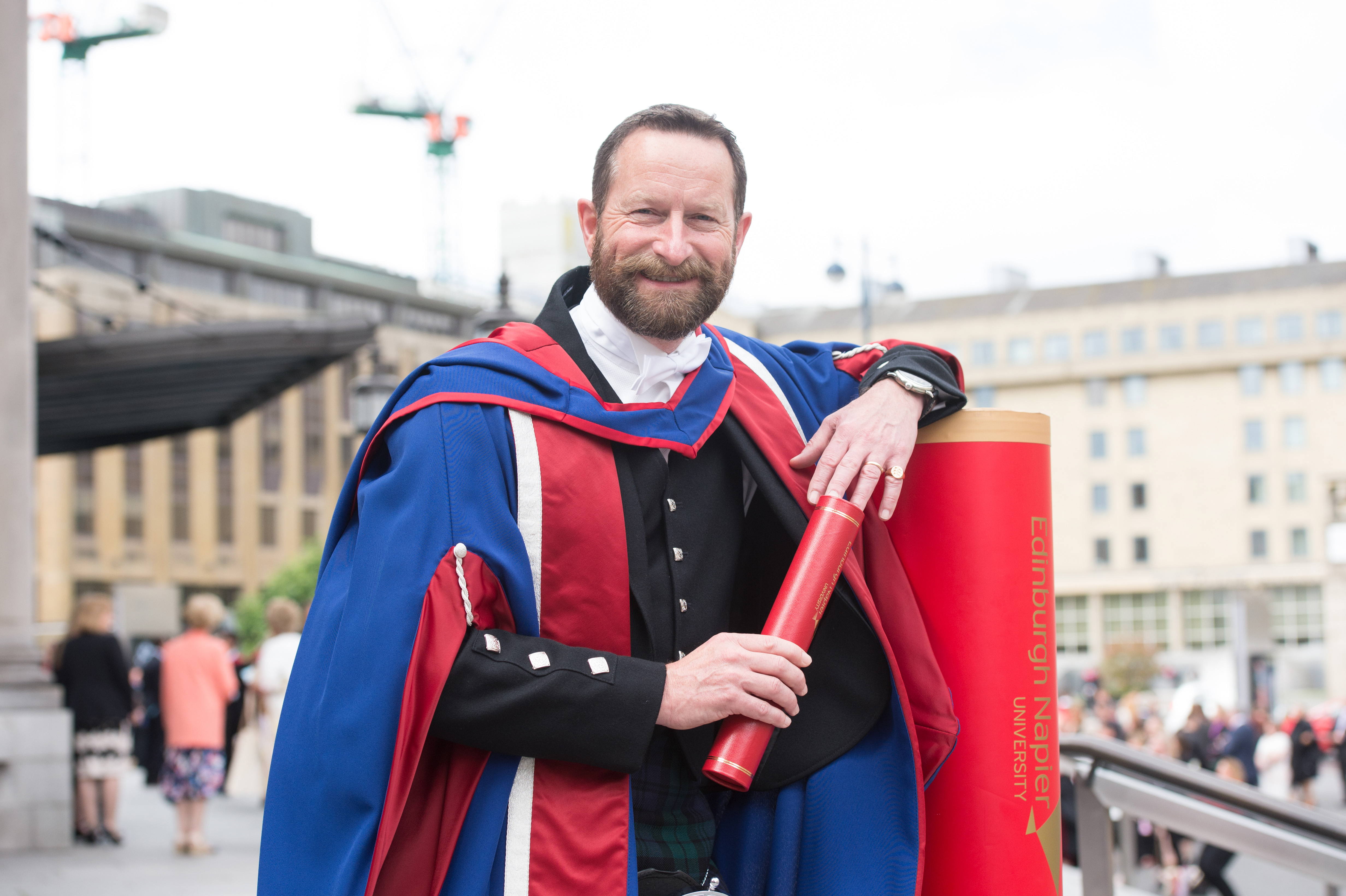 After leaving the corporation to strike out on his own, he has coached companies in how to foster a creative culture, working with brands like Coca-Cola, Ford and Johnson & Johnson.

Today he joined hundreds of Business School students at the Usher Hall graduation ceremony to be honoured in recognition of his contribution to marketing, education and communities across the globe, and “for challenging us to think differently”.

Dr Wardle said: “I could not be more honoured nor proud to receive this most prestigious award from Edinburgh Napier University.

“If I could offer one word of inspiration to my fellow graduates today, it would come from my mentor, Walt Disney – ‘If you can dream it, you can do it!’”Professor Andrea Nolan, Principal and Vice-Chancellor of Edinburgh Napier University, said: “Dr Wardle’s own journey took him from Edinburgh Napier to a place where his creative talents could have a truly global impact.

“It is wonderful to see him joining our celebrations today to serve as inspiration to the next generation of graduates as they set out to make their own mark on the world.”