Coffee cups can now be recycled at key locations in the city centre thanks to special new bins as part of a pioneering on-street recycling initiative.

The second phase of the Our Edinburgh: In The Loop campaign (with Hubbub Enterprise) has now launched, with bright orange coffee cup recycling bins sited in various locations including Rose Street, George Street, top of Waverley Steps, Rutland Street, St Andrew Square and within Waverley Mall. Campaign partner Changeworks has collated the following information on the campaign so far:
• Collection of plastic bottles has increased by 83% since start of campaign in October
• Amount of plastic bottles we’re collecting per day is equivalent of 5.75 times the height of the Scott Monument!
• Collection of cans has increased by 90% since the start of the campaign

Environment Vice Convener Councillor Karen Doran said: The most planet-friendly thing to do when you need a caffeine fix out and about is obviously to take your own reusable cup with you when you visit a coffee shop, but of course that’s not always possible. It’s great that people can now use these eye-catching coffee cup recycling bins for their takeaway cups (NB not lids!) when spending time in the city centre. 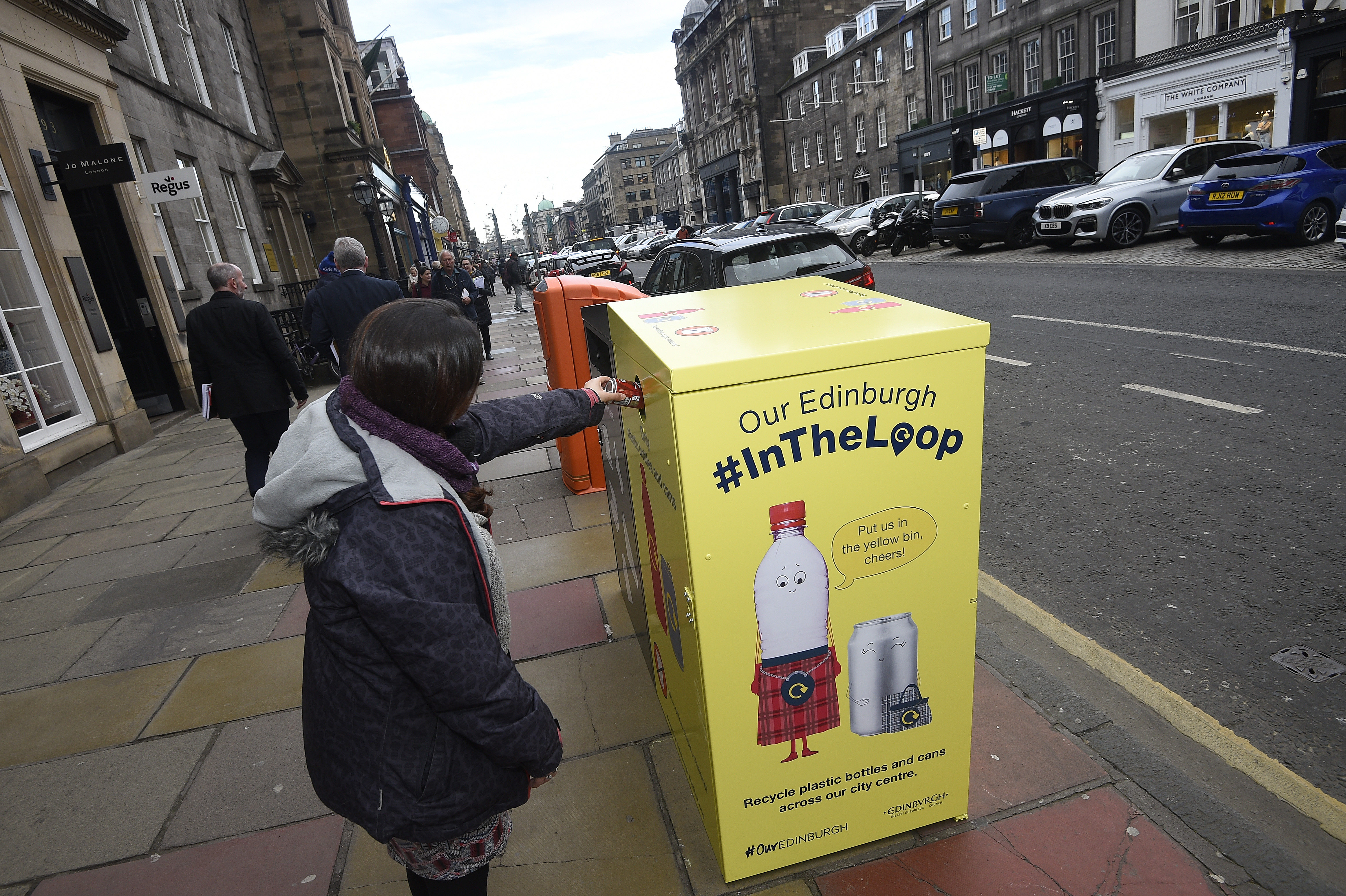 Alex Robinson, Managing Director, Hubbub Enterprise said: The Our Edinburgh #InTheLoop campaign has seen very encouraging results so far. The public are using the new recycling bins to divert thousands of plastic bottles and cans from landfill every day. We are proud to launch Phase 2 of the campaign to make on-the-go recycling even easier, introducing more bins including new orange bins to collect empty coffee cups. The results from this behaviour change campaign are helping transform high street recycling across the UK, and we aim to take our learnings to DEFRA to inform their Resources and Waste Strategy.

Mark Stanley, Services Manager at Waverley Mall, said: When the recycling bins were introduced to Waverley Mall we had a lot of contamination with the cups, on average about 60% to 70%. In the coming weeks the contamination of the bins reduced dramatically and this was due to the hard work that was put into making the public aware of what we are trying to do, the PR behind the project and they passion of the team on site. 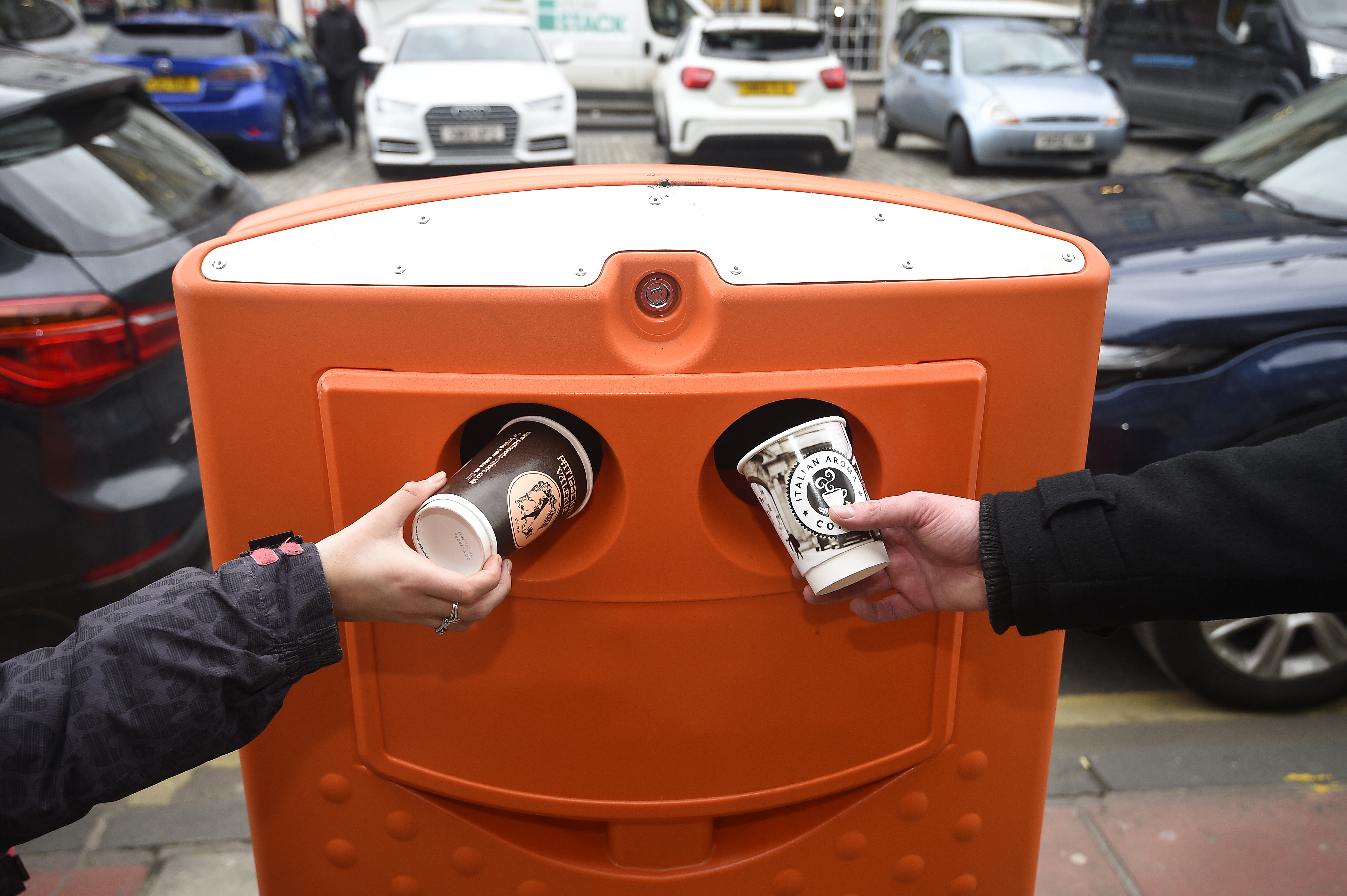 Jacquelyn Stewart, General Manager, Waverley Mall said:   We are delighted to be involved in Hubbub’s recycling project as it’s an initiative that we feel very strongly about. We were chosen to become an ambassador here at Waverley Mall last year to help launch the campaign within Edinburgh and look forward to continuing to working closely with Hubbub to do as much as we can to encourage social responsibility.