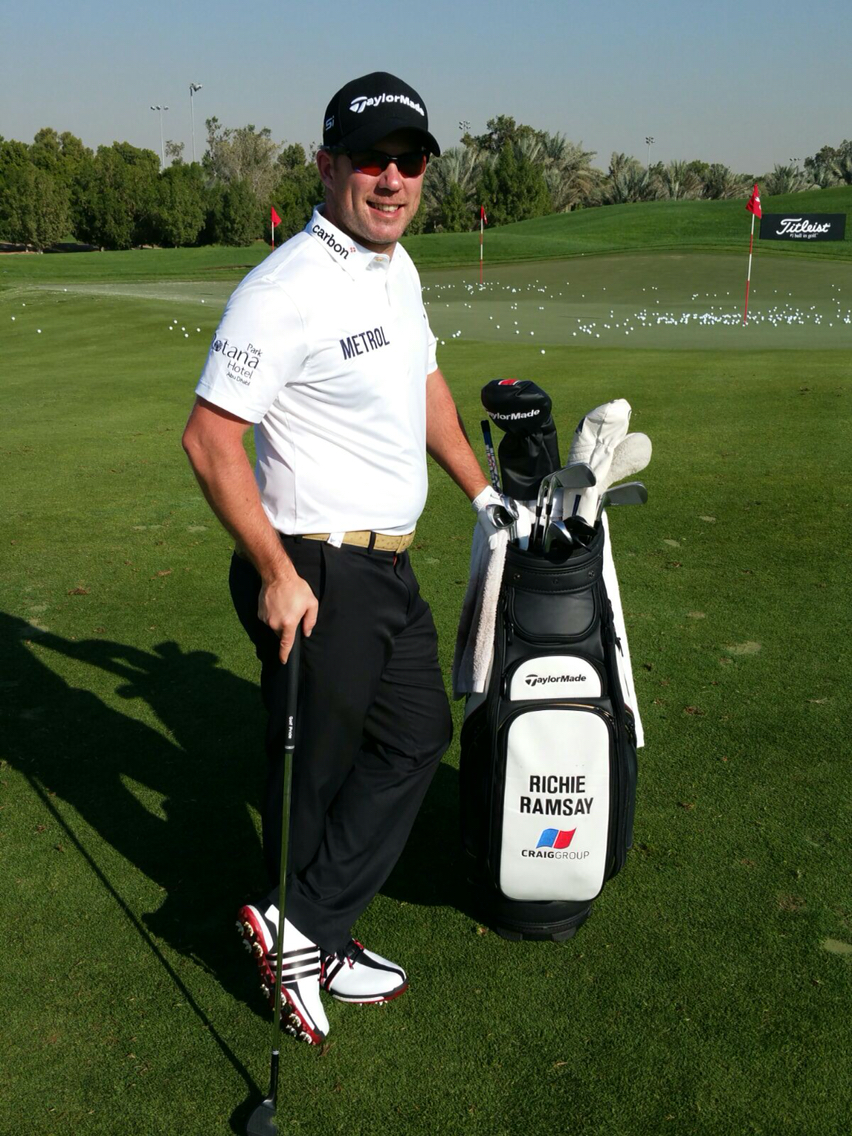 Former US Amateur champion Richie has won three times on the Tour since stepping-up into the professional ranks in 2007.

The Aberdeen-born player and Stirling University graduate spent most of last season in the Official World Golf Rankings top 100 and his 2016 season starts this week at the star studded HSBC Championship in Abu Dhabi, where the field includes multiple Majors winners Rory McIlroy and Jordan Spieth.

The highlight of Richie’s 2015 campaign was victory at the Trophee Hassan II tournament in Morocco.

Announcing the ground-breaking sponsorship deal, Gordon Wilson, Managing Director of Carbon said: ‘Supporting Richie was an easy decision as we have admired him since he won the US Amateur title. Like Richie, we make detailed plans, work hard, have very high standards and we aim to ‘be the best we can be’.

“We wish Richie every success and hope he has a fantastic 2016.”

Richie (32), who lives in Edinburgh, will sport the distinctive Carbon logo on his golf shirts and wear their corporate orange and black colours on tournament Fridays.

He welcomed backing from a company which has been celebrating their own trophy wins, including being hailed “Adviser Firm of the Year (UK)” at the Professional Adviser Awards 2015, and “Chartered Financial Planners of the Year 2015.”

Richie commented: “I am delighted to be announcing Carbon as a new sponsor. Not only will they help me with my own financial planning but I look forward to representing the company while I am travelling around the world.”

It is shaping-up as another busy year for the globetrotting sportsman and while breaking into the world’s top 50 is among his targets, he has already noted that the 2016 Ryder Cup is being held at Hazeltine, where he became the first Briton in nearly a century to win the US Amateur title 10 years ago.

Gordon added: “All of us at Carbon will be tracking Richie’s progress.

“Our aim is to be recognised as the best firm of financial planners in the UK, and the natural choice for business owners, senior executives and professional sportsmen and women.”