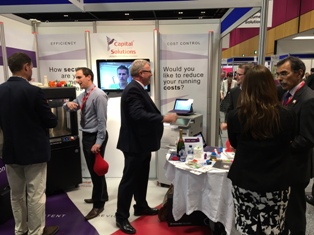 The other exhibition was at the North Lanarkshire Learning Festival, held at Motherwell Concert Hall and Theatre. Here, Fraser Robertson demonstrated the MakerBot Z18 and the 3D Replicator Desktop printer to educational staff from all over North Lanarkshire. North Lanarkshire Council is one of Capital’s largest local authority customers in the West of Scotland. 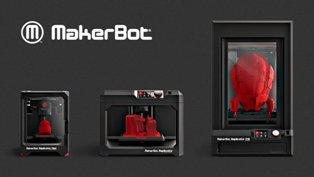 It has a massive build volume and offers the best performance in its category. Make extra-large industrial prototypes, models, and products.
Print multiple things at once so you can get to work on your next design sooner. “Supercharge your digital production workflow. It has never been easier to get more produced. Innovate, faster, better and stronger.”
Watch Bre tell you more by viewing the Z18 Video

The easiest and most versatile way to get from 3D model to 3D print. Fifth generation technology defines the new standard for ease of use, quality and reliability. “Fast and easy to use 3D printing – software and firmware designed to work seamlessly together. “ Watch Bre show you all the features and how it all works in the Desktop Video