Business Opportunities and Jurisdictions to Choose from in the UAE.

The UAE enjoys a strategic position that allows it to present unlimited opportunities across a wide range of sectors. The UAE is now a hotbed of innovation brimming with new ideas. Being a hub for new ideas is reclamation of a long tradition of Arab thinking and research.

“Being amongst the best nations in the world” is a promise that was made by the leaders – not only to the citizens of the UAE, but to the investors, businessmen, entrepreneurs, students, employees and families who choose to work and live in the country.

UAE is the second largest Gulf economy and the 30th largest in the world, with the 20th highest Gross Domestic Product (GDP) per capital (USD 42,000). Moreover, the UAE has made significant progress over other countries in the region, especially in its move towards diversifying its economy through the development of many non-oil sectors, such as trade, travel, tourism and real estate. The UAE is the only country in the Arab world again to be ranked among the top 20 in the digital competitiveness index, according to a report released by IMD World Digital Competitiveness Centre. The country is ranked 17th globally, up one spot this year, due to its continued developments and increased adoption of digital strategies in various projects and initiatives implemented.

The UAE is an excellent export destination, which includes its position as a major trading hub in the Gulf, the Middle East and other Arab countries; its reputation as an important market for re-export to other countries.  According to the latest rankings, the UAE is on the cusp of breaking into the Top 20 countries when it comes to “ease of doing business”. It managed to move up five spots to be placed 21st, while among the other Gulf States, Bahrain was placed 66th and Saudi Arabia at 92nd and Qatar in 83rd spot. In all, 190 countries are ranked.

The business community has a crucial role in making the World Expo a success and helping it deliver its commitment of a legacy that lasts for generations. All sizes of businesses to be considered and SMEs are key in the integration and delivery of expo 2020. 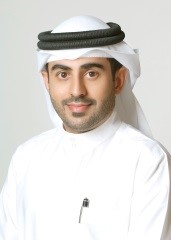 The Co-Founder and Group Managing
Director of The Corporate Group. 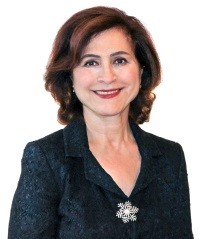