The Edinburgh Professional Services Qualifier of Business Fours took place on a sunny course at Dalmahoy on Tuesday.

The stiff breeze made up for the lack of rain as conditions proved tough for the golf loving businessmen who were bidding to secure qualification to the national final on the Torrance Course in St Andrews at the end of May.  The tournament which is being sponsored by Kinetic Demolition is proving a smash up and down the country as four more teams booked their place in the final.

Supported by media partners, Insider.co.uk along with industry partners the Edinburgh Chamber of Commerce, ScotlandIS and Scottish Financial Enterprise there was a diverse mix of businesses taking part from architects to lawyers and from software engineers to interior designers.

The Championship course at Dalmahoy was in great condition and the scoring was just as impressive and the fine scoring meant for a very tight leader board as firms eagerly awaited the announcement whether or not they would qualify. 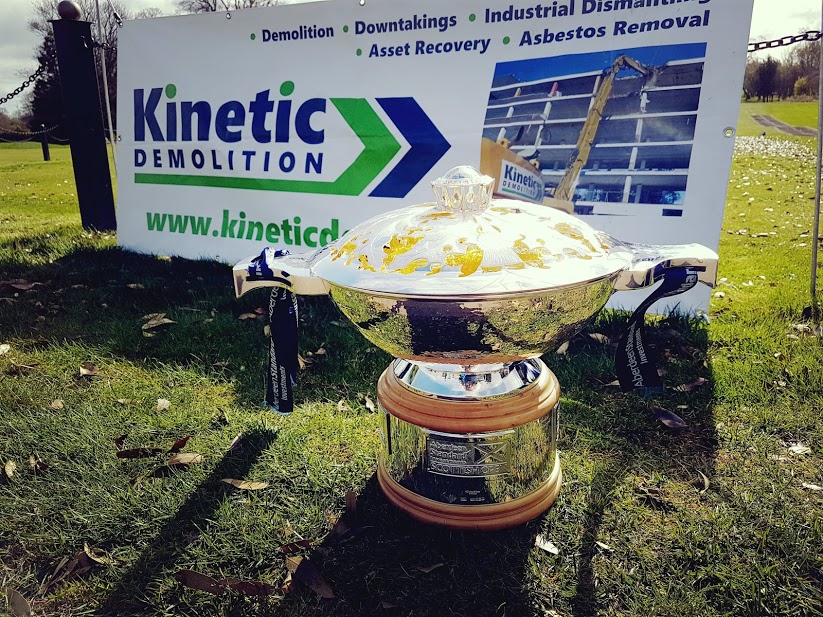 With four balls being split up for the day unless firms were entertaining clients players had to suss out the competition and do some mental arithmetic before finding out the results.

The winning four ball and highest team score from the day came from the Riddle & Coghill golfers.  The team made up of Gus Riddle, Ian Coghill, who also hit the longest drive on hole 15 and the highest individual stable ford score, Iain Macintosh from Dunedin Security and Marc Teague from MNM Developments.  The interior designers will wear their winning Royal & Awesome trousers with pride at the national final as they go on to bid to win the charity donation for MND Scotland, a cause close to their hearts. 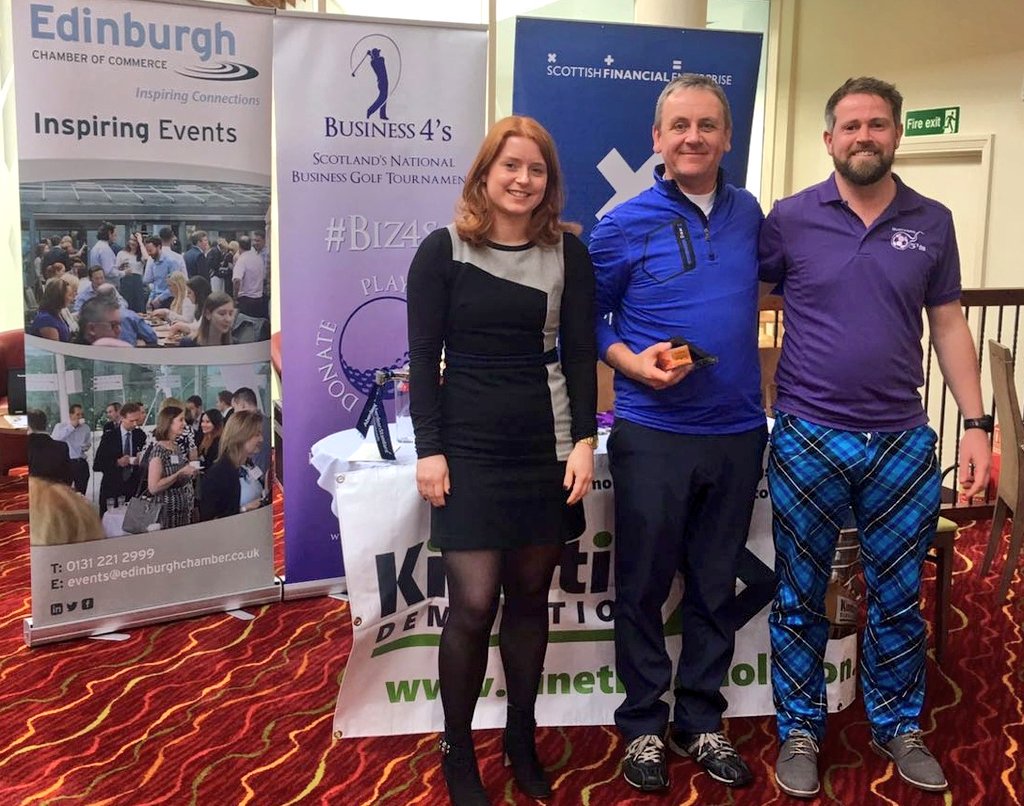 They were closely followed by Runners up Anderson Strathern who secured qualification for the second year running alongside teams from Turcan Connell and Edinburgh Airport who also achieved the same feat from last year. 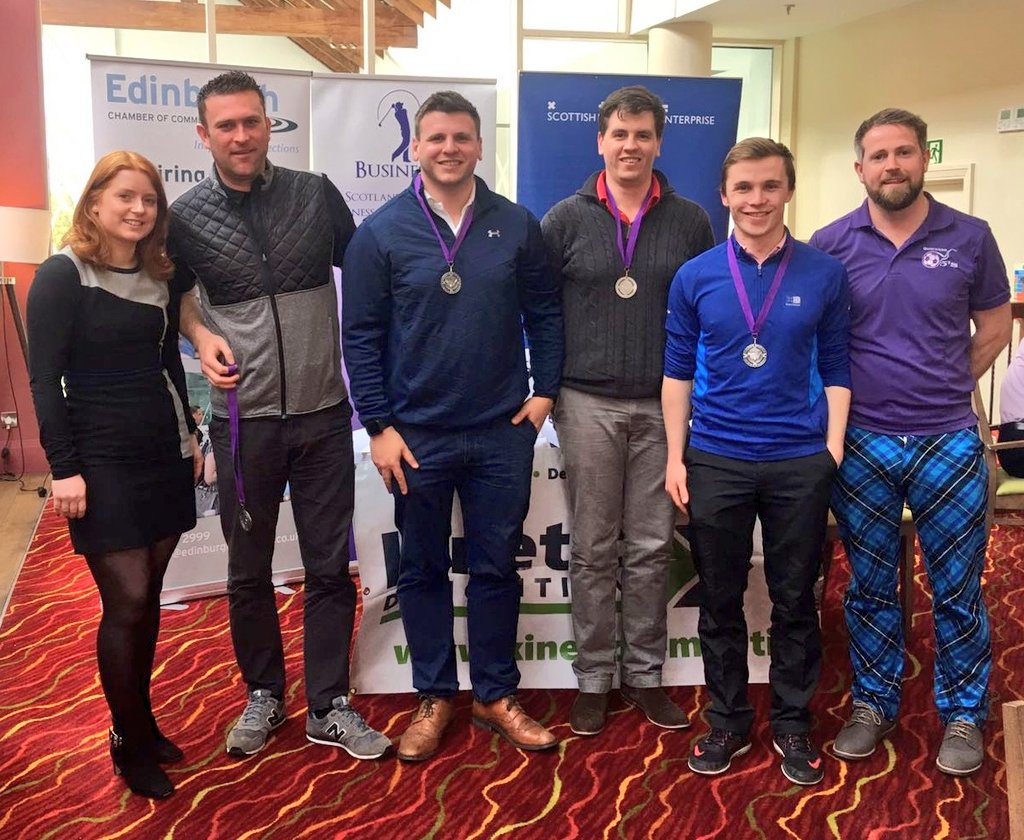 In the individual awards, Peter Crowther from Craneware nipped inside Robert McNab’s ball on the 4th hole to pick up the nearest the pin at that hole.  Stuart Alexander from Comprehensive Design Architects hit it closest on the 7th hole while solicitor Scott Hunter holed the longest putt on the 18th green to help his team qualify.  The lowest round of the day was a solid four over from Lloyd Dunlop of AbacusNext International. 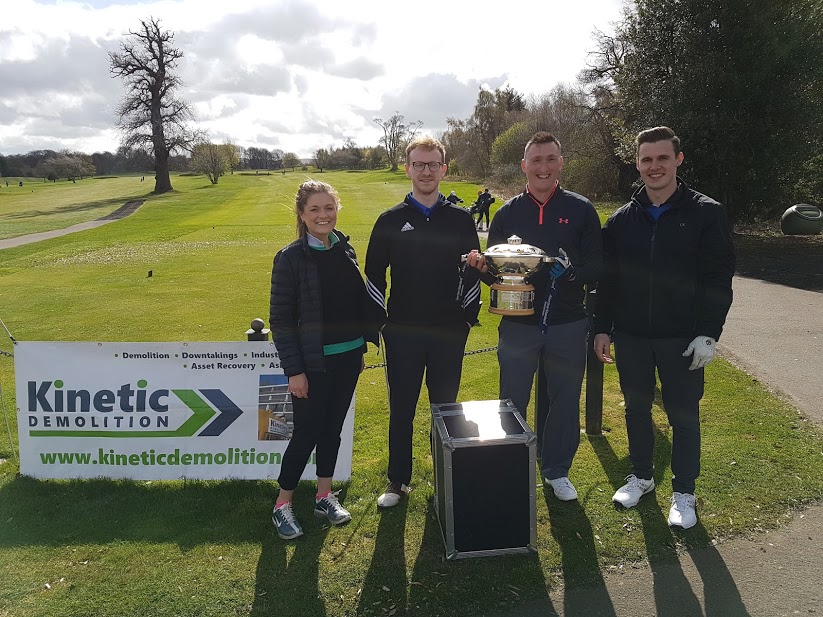 The Edinburgh Airport team will go on to play for the Scottish Charity Air Ambulance in the final while Turcan Connell will play for newly announced charity partner for the year, SAMH.