Fife-based recruiters win the latest qualifying round in the Business Fives winter season.  Escape held off stiff competition to qualify for the national final in March. 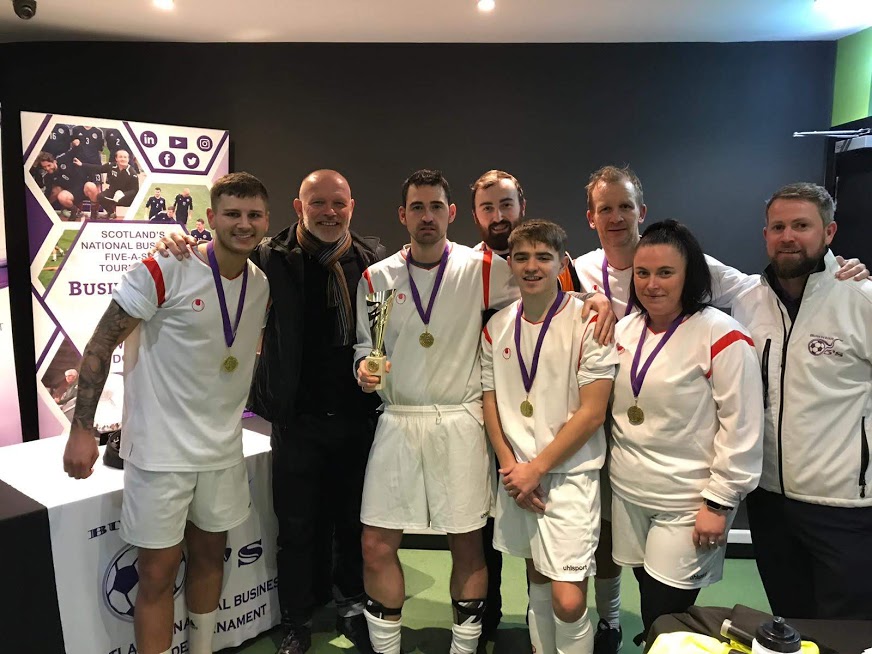 The event, which is supported by the Edinburgh Chamber of Commerce, has already sold out the January event in Edinburgh as firms bid for their place in the national business five-a-side tournament final.

Edinburgh’s first Business Fives event of the new winter season saw a victory for a business from Fife.

They were joined by accountants Johnston Carmichael who they beat in the Champions League final and tech firm, PureLiFi who were victorious in the Europa League.

On the pitch the action proved a goal fest with 174 goals being scored in 38 matches between the 11 companies that entered – just under five goals a game.

Past champions Geoghegans were unbeaten on their way to the semi-finals of the Champions League section only to be undone by Johnston Carmichael who gained revenge for an earlier group stage defeat.

Farne Salmon & Trout also got the semi finals unbeaten only to be stopped eventual winners Escape.

Spurred on by a man of the match performance from Shaun Leishman who scored a hattrick Escape secured 3-2 victory over Johnston Carmichael.

Shaun was selected by ambassador Yogi Hughes, who also presented the player of the tournament trophy to Kelly Ann Hughes whose presence in attack was a key attribute for the Escape team.

In the Europa League the semi final line up saw SQA take on Ingenico and Axios Systems facing PureLiFi. Ingenico overcame SQA 2-1 but came up against an inspired pureLiFi who ran out 8-4 winners against Axios Systems. It was pureLiFi who seized the final qualification spot in a 2-1 victory over Ingenico.

Escape Recruitment, Johnston Carmichael and pureLiFi will go on to play for the chance to win the Business Fives charity donation for their chosen causes the Mary Leishman Foundation, Maggies and Scottish Sports Futures respectively.

The events take a break over the festive period before returning at the end of January with further qualifying events in Dundee, Aberdeen, Edinburgh, Glasgow, Newcastle, Sunderland and Middlesbrough. Full details can be found on the Business Fives website here.