Armed Forces Day, on Saturday 25 June, is the big day in a week of celebrations honouring the amazing contribution of the UK’s Armed Forces. The week is a great opportunity for businesses to show what they are doing to support our nation’s brave men and women.

One of the most important parts of Armed Forces Day is getting people across the nation to demonstrate their respect and gratitude for the Armed Forces, past and present. In 2015, hundreds of members of the public joined celebrities in saluting the Armed Forces and this year we’re really keen to get business more involved.

We would like to encourage businesses to show their support within the workplace and on social media during the week leading up to 25 June. There are several ways in which business can join in – you can be as creative as you like:

Post a photo or video saluting the Armed Forces on your social media channels using the #SaluteOurForces hashtag or send it to us via armedforcesweek@rfca.mod.uk for us to share

Show how your business is “saluting” the Services by offering or highlighting discounts, deals, events or support in public, the workplace or online (website or social media)

Encourage Armed Forces employees (Reservists, Service leavers or veterans) to talk about their military experiences as well as how their employer has supported them. They could even teach colleagues how to salute ready for a team photo!

Get involved in or hold a local Armed Forces Day event

Host a salute photo booth in your retail space

Take a look at some of the ways businesses showed their support last year: 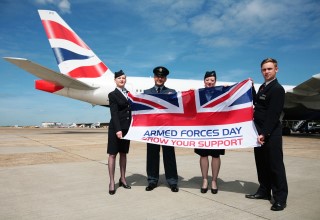 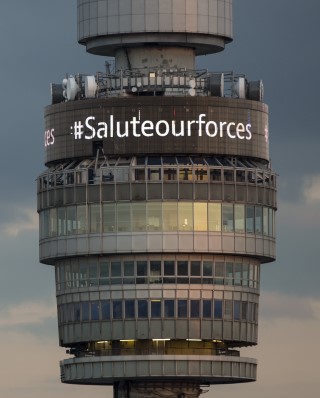 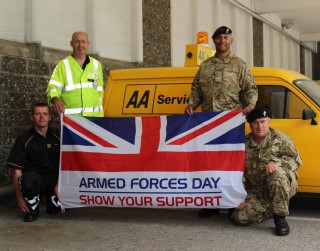 We look forward to seeing how you all “salute” the Armed Forces this year. Contact your DRM account manager or Regional Employer Engagement Director (REED) to discuss how your organisation can support Armed Forces Day 2016.