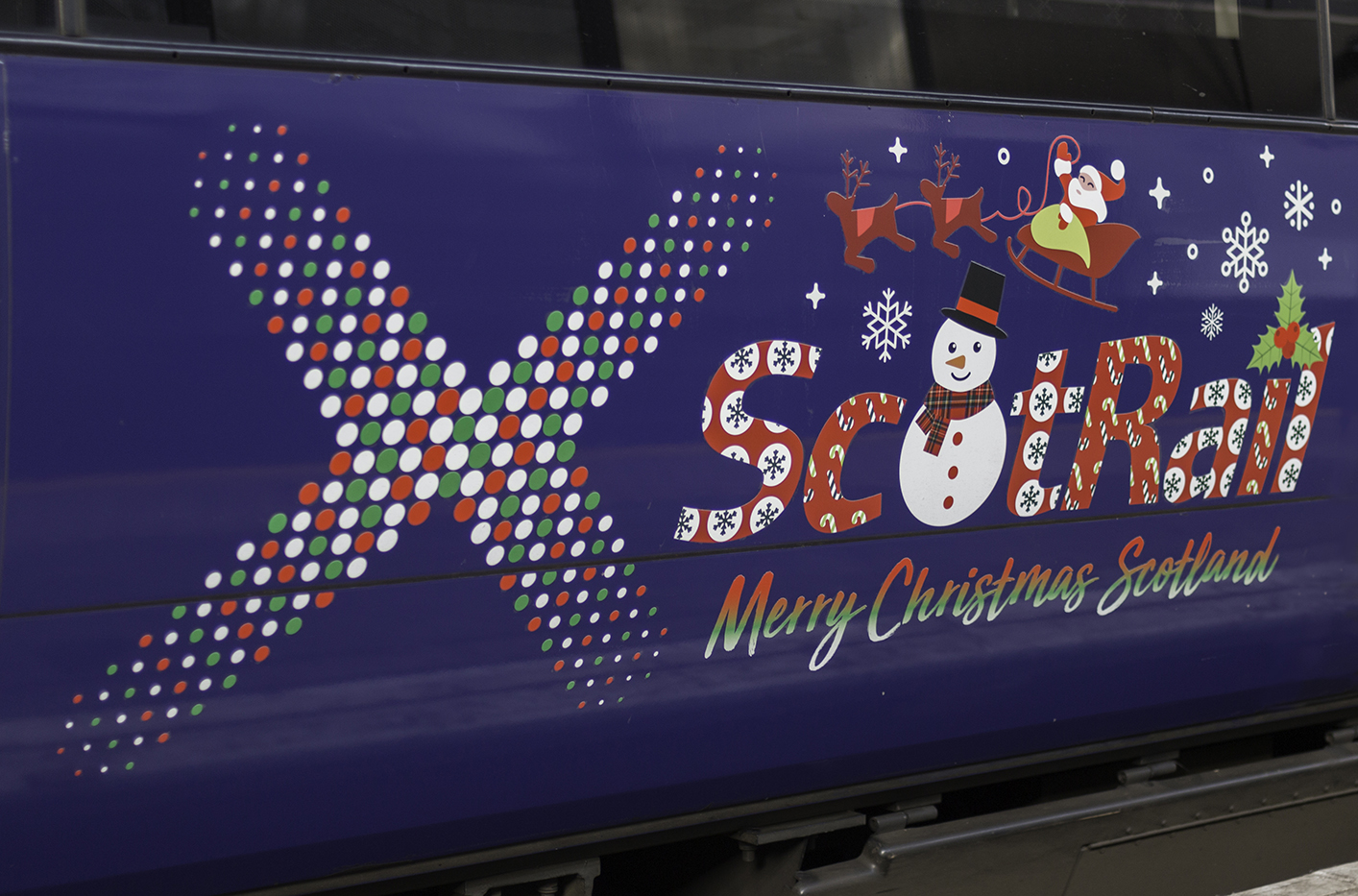 The ScotRail Alliance is getting into the holiday spirit with the launch of specially-branded Christmas trains.

The Christmas-themed design, featuring Santa, his reindeer and a snowman, replaces the usual ScotRail logos on the side of the train.
The first two Christmas trains were unveiled today, and can be seen on routes across Scotland. Three more will follow later this week.

It’s not the first time that the ScotRail Alliance’s ‘Saltire’ logo has been changed for a special event. In August the Saltire logo was dropped in favour of a rainbow version in support of Pride Glasgow, and last month the ScotRail Alliance highlighted its support for the Scottish Poppy appeal with specially-branded ‘Poppy trains’. The ScotRail Alliance also invited customers to ‘ride the ghost train’ with spooky designs on carriages in October.

Younger travellers are being encouraged to keep their eyes peeled for the ScotRail elves images, which will be hidden throughout the carriages from later in the week.

Syeda Ghufran, head of engineering projects at the ScotRail Alliance, said:
“With Christmas just a few weeks away we wanted to get into the holiday spirit with our Santa-themed trains.

“If any of our customers spot our elves hidden throughout the train, we hope they will share them on social media so that everybody can join in the fun.

“We’ll be doing all we can to get our customers where they want to be over the holidays. If they’re letting us do the driving home for Christmas, we encourage them to plan their journey now on the ScotRail app or at scotrail.co.uk.”