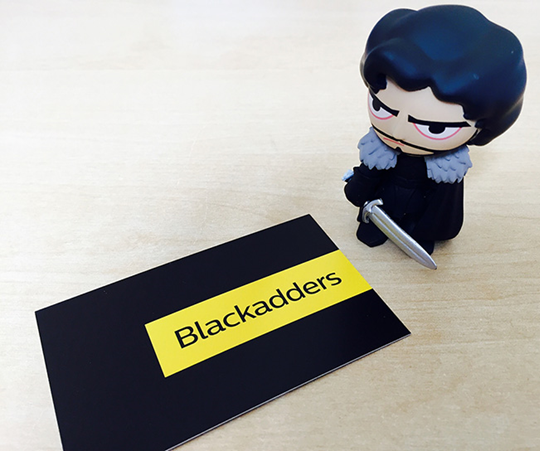 Jon Snow is a Game of Thrones fan-favourite.  Against the odds (and despite the oath-breaking), we have enjoyed his wind-swept curls, his glowering brow and his rightful rise to the top.  He has smouldered.  He has sulked.  And he has, most recently, been stabbed multiple times.  In fact, when we last saw him, Jon had been stabbed to death and left to bleed out in the snow.

Where did it all go wrong for Lord Snow?

What led to him being (literally) stabbed in the back by his own men?

And who is going to feed his dire-wolf, Ghost, now that he is dead?

I have reflected on his leadership in the past few months and have come to the conclusion that Jon made various basic leadership blunders during his time as a leader. Click to find out where it all went wrong for Jon http://www.blackadders.co.uk/news/you-know-nothing,-jon-snow-(%E2%80%A6about-change-management)