11 July, Edinburgh: Ultra-endurance athlete Mark Beaumont has given his backing to next month’s Women’s Tour of Scotland cycling event and says it could spark a major uptake in female cycling across the country.

The three-day inaugural Tour starts in exactly a month’s time in Dundee on the 9 August and will stretch across five cities, before a family friendly finale in Edinburgh on Sunday 11 August.

Beaumont, who is the fastest person ever to cycle around the world, says the race could be the catalyst to encourage more Scottish women to start riding a bike regularly. He joins TV celebrity Gail Porter as a fellow ambassador of the Tour and Scottish racing cyclist Eileen Roe who is also commentating during the event. 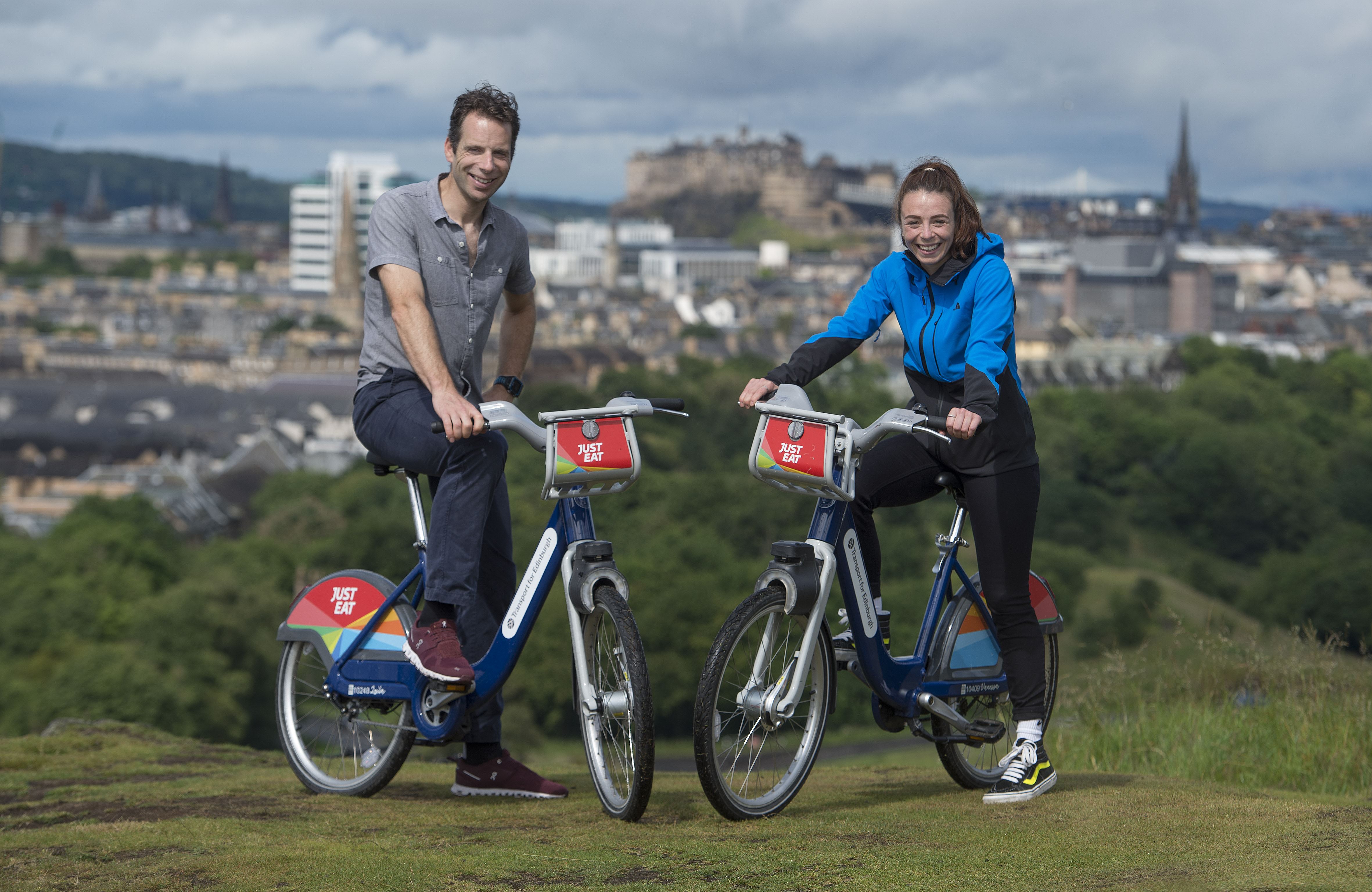 UK wide research published by the ONS last year shows that cycling has the second greatest gender gap when it comes to how people commute, with men making up 74 per cent of people who cycle to work.

Record holder Beaumont is calling on the public to watch the closing stages of the race in Edinburgh’s Holyrood Park on Sunday 11 August and get a free go on one of the city’s new hire bikes.

350 free day passes to use the Just Eat Cycles scheme will be handed out on the Tour’s final day in Edinburgh – one to represent each kilometer ridden on the Tour, and can be used anytime in the next year.

16 of the world’s leading elite teams will take part with Great Britain team-mates Katie Archibald (Scotland) and Elinor Barker (Drops Cycling) set to compete against each other. The Tour is the first of its kind to be instituted before a men’s equivalent and offers parity of prize money.

Mark Beaumont, said: “The Tour has the power to inspire more women to uncover the benefits of cycling both recreationally and competitively. With women on average currently cycling less than men in the UK, I’m very keen to help address the imbalance. Edinburgh’s new bike hire scheme makes it really easy for those new to or inexperienced with cycling to have a go. It’s my hope that as many people as possible get down to Holyrood Park next month to cheer on the athletes and try one of the hire bikes for free.”

Charles Graham, Just Eat Cycles’ General Manager, said: “We’re excited for the Tour to reach Edinburgh and share the last few kilometers with spectators, visitors, fans and cycling enthusiasts from across the world. We hope that by giving away free day passes for Edinburgh’s bike hire scheme we can tap into the positive buzz the Tour is creating and inspire more people, including women to consider travelling more by bike.”

Jack Royle, Head of Partnerships at the Women’s Tour of Scotland, said: “We want to create a legacy to help more people take up cycling as a leisure activity and to have somebody like Mark Beaumont back our ambition to do that, shows just what this Tour means for the country. We are really grateful to Just Eat Cycles who have contributed in such a brilliant way to our activity in Edinburgh on the final day and I have no doubt it will be a memorable day.

The activity on 11 August in Holyrood for the final day’s stage will feature a number of family friendly activities for all ages and abilities including a skills track with ramps, kickers, tabletops, seesaws and skinnies. Strider will also be on hand to provide youngsters from just 1 and a half years old with the opportunity to take on a balance bike obstacle course, and there will also be a ride for youngsters taking part in a ‘Race for the Volcano’ after the start of the final stage. More details available here.

Urban Sharing, the tech partner behind Edinburgh’s cycle hire scheme, found that in Oslo, women, on average, ride less than men after analysing 3.9 million Oslo City Bike trips between 2016 and 2017.

The scheme’s multi-trip day passes normally cost £3. The passes allow users to make unlimited journeys of up to one hour each in a 24 hour window.

500 bikes are strategically positioned around the city’s network which is made up of some 80 hire points, with yet more set to come over the summer. It is thought the scheme will reach 100 hire points by spring 2020.