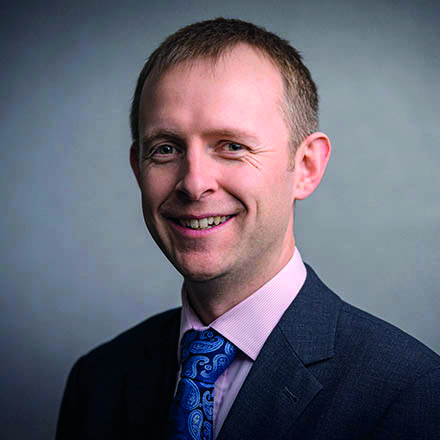 Our research on preparedness for Brexit earlier this year showed that over half of SMEs in Scotland identified the EU workforce as their biggest Brexit exposure point. One area which has been much discussed is employment law and what effect Brexit will have.

But the effect can be overstated, some of the issues that most commonly affect employers – unfair dismissal, minimum wage and breach of contract – aren’t related to the EU at all.  And the UK had anti-discrimination laws in place before joining.  The UK had legislation relating to on equal pay and the right to maternity leave and pay before the EU required it to. Many UK laws are more generous than the EU requires.

Of course, the UK’s membership of the EU has still clearly had a major influence on our employment laws. For example, prior to the UK joining the EU, we did not have in place any specific protections for agency workers.

In addition, judgments of the European Court of Justice (ECJ) on how a particular European Directive should be interpreted are binding upon UK Tribunals. This has extended employee rights beyond what the UK courts would have done. A good example of this is in the calculation of holiday pay.

There has been discussion around whether the Working Time Regulations and TUPE will change because they are products of the EU and occasionally controversial.  But will they change?

This gives employees the right to certain rest periods and breaks and to paid holiday.  While the UK gives employees more annual leave than the EU requires, some other aspects have been more controversial.

For a UK employer to lawfully permit an employee to work more than an average of 48 hours a week, the employee has to sign an ‘opt out’ form – but the employee can cancel that agreement for any reason.  A week’s pay for holiday pay purposes must now include certain overtime and commission payments as a result of European law.  Those who have been off sick or on maternity leave continue to accrue holiday entitlement while off and can carry forward unused holiday.

But most businesses have become familiar with the issues in relation to holiday pay, holidays and rest periods.  Other than some changes on things like on-call working and perhaps the calculation of holiday pay in due course, no great change is anticipated.

The Transfer of Undertakings (Protection of Employment) Regulations 2006 (TUPE) ensure that employees have continuity of employment, on the same terms and conditions, if a different employer takes over.  TUPE means that the purchaser must employ the individuals and it gives employees certain protections against dismissal.  But, while it can be challenging to comply with TUPE, TUPE can also be helpful to

businesses in various ways including where those who lose work to a competitor no longer need as many staff but cannot afford to make redundancies.  So, there is no great clamour for change either from employers or from trade unions.

Given the numerous other priorities that the UK Government will have following Brexit, it appears unlikely that there will be a material shift in employment law in the months and even years to come, regardless of what form Brexit takes.