A female rising star in the First Bus ranks is set to celebrate her first anniversary with First West Lothian after following in her father’s footsteps to become a bus driver.

Robina completed her training in April and has since worked along various routes in and around central Edinburgh. 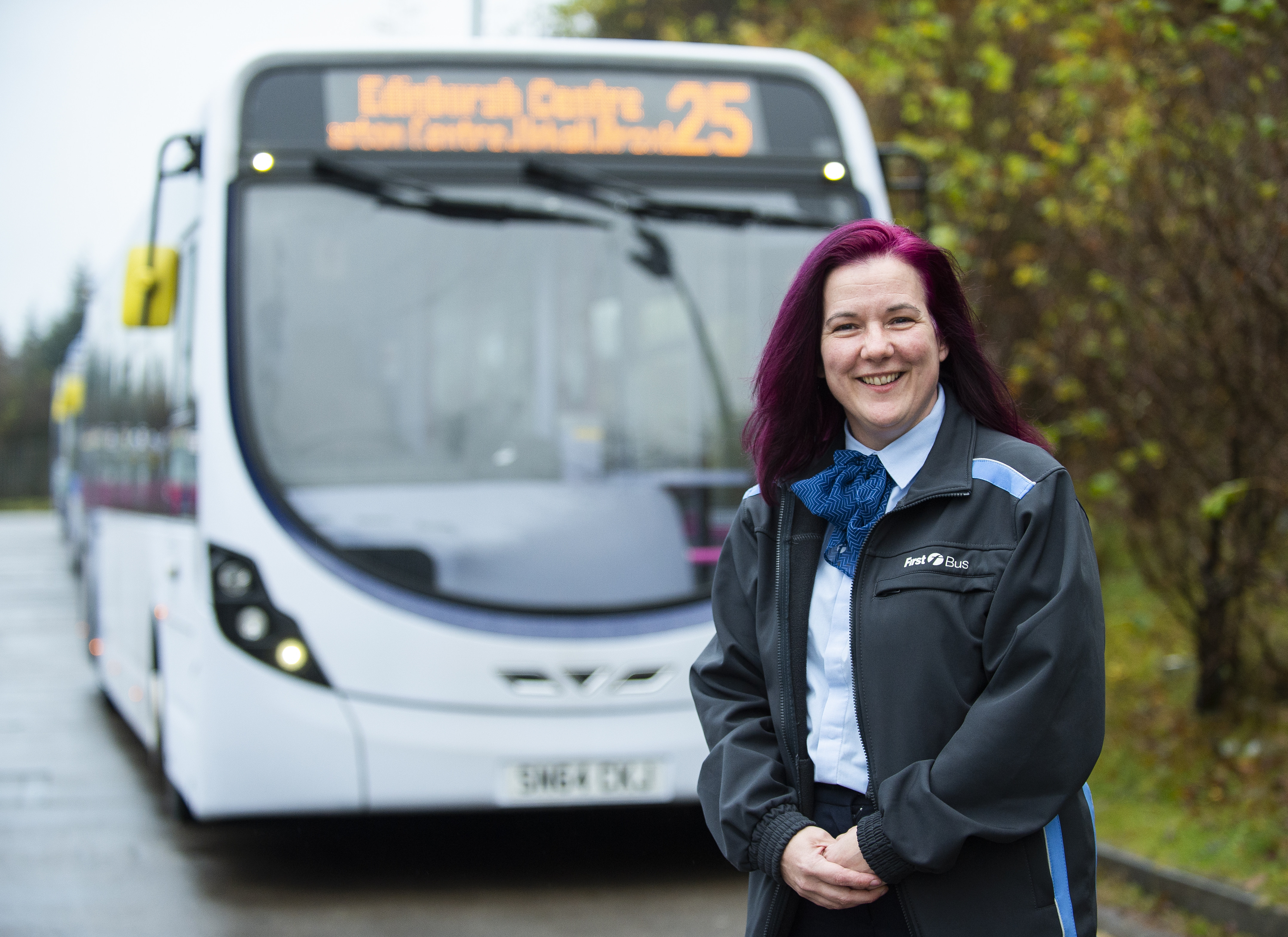 Speaking about her role, Robina said: “I jumped at the chance to attend the Female Bus Driver Recruitment Day and immediately felt right at home at First. My father is my biggest inspiration and it’s fitting that I’m now following in his footsteps as a Bus Driver.

“I’ve loved being able to meet different people from all walks of life and naturally built a mutual rapport with the locals in no time – one regular passenger always brings me a chocolate bar when I’m on shift! 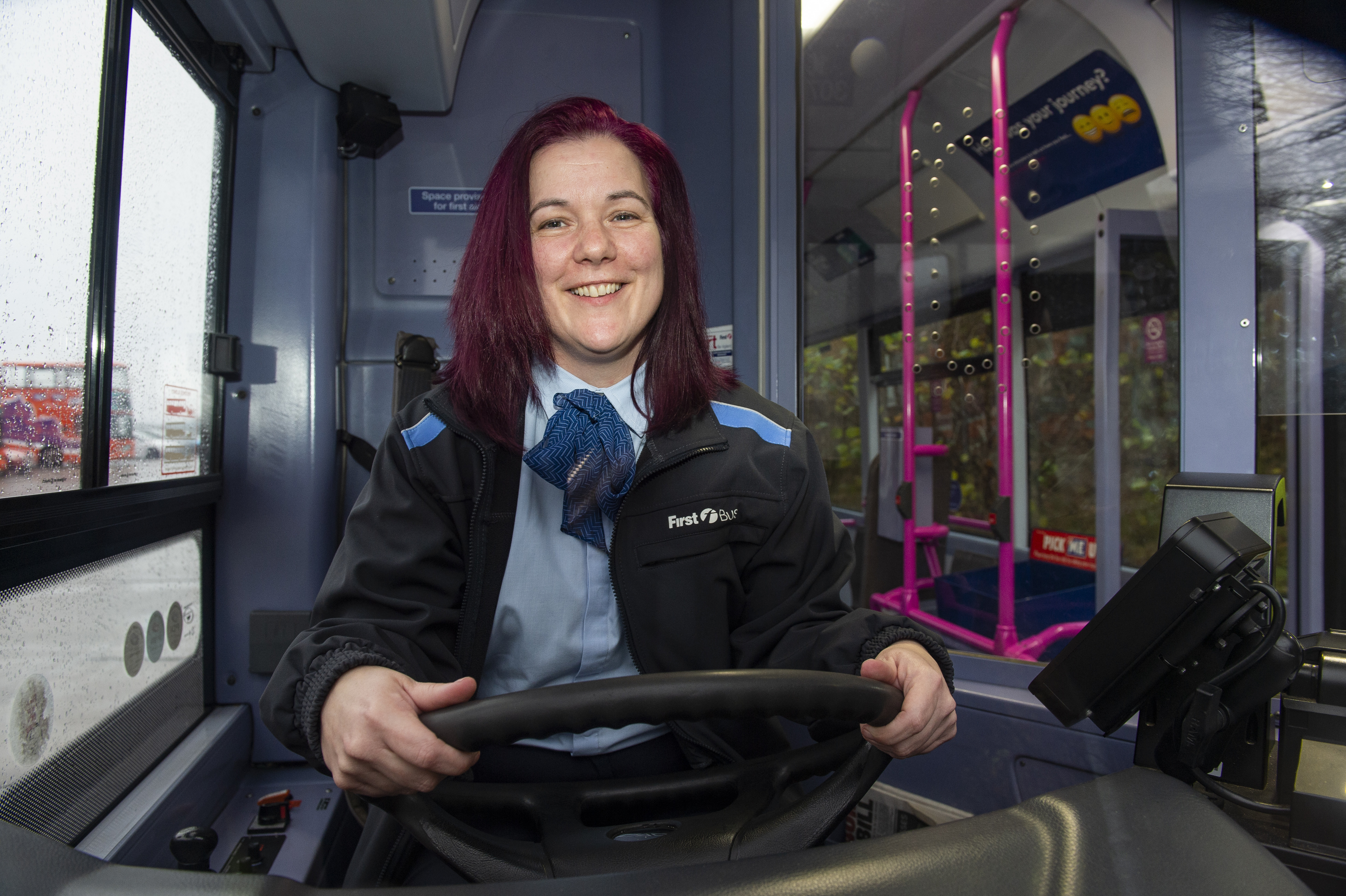 “The last year has flown by and I’ve truly loved every minute of it and look forward to celebrating in the New Year.”

Jim Brennan, Depot Operations Manager for First West Lothian, said: “We’re thrilled that Robina chose to join the First family and would like to acknowledge the positive impact she’s made in communities around central Edinburgh over the last year. Robina passed her training earlier this year with flying colours and immediately became familiar to locals for her infectious and endearing personality.”

First currently operates over 420 buses, transporting more than 22 million passengers across all major cities and towns in the central belt each year, including inter-urban links between Central Scotland and Glasgow.

As well as their head office in Larbert, First also operates across nine other depots in the Central belt of Scotland including Livingston and Bannockburn.

First Midland are recruiting for new drivers now across all of their central belt locations. If you would like to follow in Robina’s footsteps and join the First family, click here to apply: