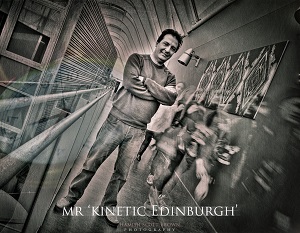 QMU’s award-winning filmmaker, Walid Salhab, has been invited to screen his stop-motion/time-lapse film in competition at the Woods Hole Film Festival, in Massachusetts and the New Hope Film Festival in Pennsylvania.

Walid, who is a media practice lecturer at Queen Margaret University in Edinburgh, has made several films, all of which have received critical acclaim in the local, national and international press, as well as from film and music festivals. He is best known for his stunning suite of kinetic Edinburgh films which showcases his unique blend of stop-motion/time-lapse. He is the only person to have unlimited access to the full build phase of the Kelpies, and his dynamic film was used to launch the Kelpies in New York and Edinburgh. His captivating film of the equine sculptures caught the attention of an international audience and has helped boost visitor numbers to Falkirk.

Walid has spent the last three years perfecting his stop-motion/hyperlapse photographic technique to create ‘Avaritia’, a live action animation which premiered at Cannes. He is delighted that the short film, which is shot in Edinburgh and Falkirk, will now be screened at both the Woods Hole and the New Hope film festivals. 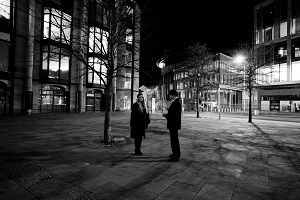 Walid commented: “It’s been a long process trying to complete Avaritia – almost three years – because I ended up getting the contract to shoot the Kelpies’ film in the middle of making my own film.”

Avaritia’ which was shot in Edinburgh’s city centre, Portobello and Callendar House, Falkirk, tells the story of a money obsessed banker who has been corrupted by the banking culture. He is isolated and searching for something positive, but is trapped by the materialistic world which he has created.”

Walid continued: “I spent every evening in the freezing cold for two months shooting the trailer for ‘Avaritia’ and one of my Kinetic Edinburgh films . I put my actors through hell and I’m so lucky they stayed on board to complete the project. I am therefore absolutely delighted that the film is being recognised on the international film circuit and I am very proud to be part of the 25th Woods Hole Film Festival and the New Hope Film Festival. Both are well-established festivals with international reputations so this is great exposure.”

Walid’s film will screened at New Hope and Woods Hole on 30th July.