Waldorf Astoria Edinburgh awarded for going above and beyond

Waldorf Astoria Edinburgh – The Caledonian brought home an impressive four awards from the regional awards ceremony for the People of Excellence – Scottish Hotel Awards 2019, which recently took place in the capital.

The Scottish Hotel Awards is a national scheme that has highlighted and promoted excellence and outstanding character across the hospitality sector in Scotland for more than a decade. 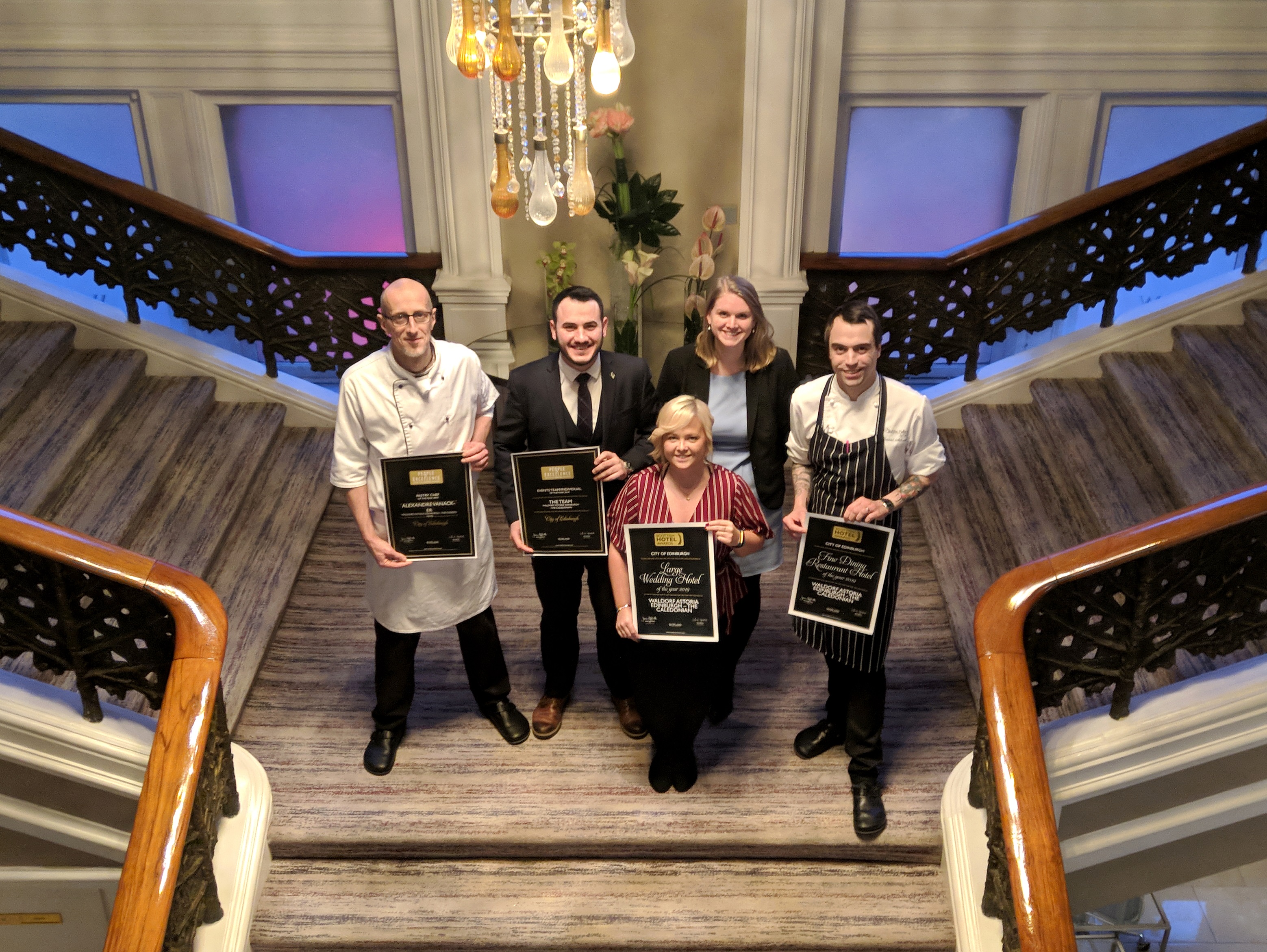 The four awards recognised the high level of service, dedication and skill of individuals and teams across the board at Waldorf Astoria Edinburgh – The Caledonian, including:

Alexandre Vanacker, who was recognised for his creativity, passion and team-spirit and awarded Pastry Chef of the Year for Edinburgh.

The Groups, Conferences & Events Team led by Bianca Peter won the Events Team of the Year for Edinburgh Award because of their meticulously organised private dinners, meetings and events.

Head Chef, Daniel Ashmore from the hotel’s fine dining restaurant, The Pompadour, received the Fine Dining Chef of the Year at the Scottish Food Awards last year and has celebrated the start of 2019 with his team and their latest accolade, winning the category of Fine Dining Restaurant Hotel of the Year for Edinburgh.

Waldorf Astoria Edinburgh was also awarded Large Wedding Hotel of the Year for the city. Judges felt the hotel featured unique event spaces and surroundings that were only exceeded by the high level of personalised service and flexibility shown by staff.

Dale MacPhee, General Manager at the Waldorf Astoria Edinburgh – The Caledonian, said: “We are very proud of the individuals and teams acknowledged at the Scottish Hotel Awards, this is great recognition of our continued effort to be the best we can and is a great way to kick start 2019.”