Estimates for the most recent months are provisional and are likely to be updated as more data is included. The house price index for January 2021 reflects transactions that took place up to the end of January.

The latest provisional statistics from the UK HPI show that the average price of a property in Scotland in January 2021 was £164,099, an increase of 6.9 per cent on January 2020.

Comparing with the previous month, house prices in Scotland decreased by 1.0 per cent between December 2020 and January 2021.

“The latest report shows that prices rose in all parts of Scotland, and sales volumes remained high but it is too early to be certain if this is evidence of the market catching up from earlier in the year, or whether it will be sustained into next financial year.

“Over the year as a whole, volumes have picked up and cumulatively are now around 83% of levels in the previous year.” 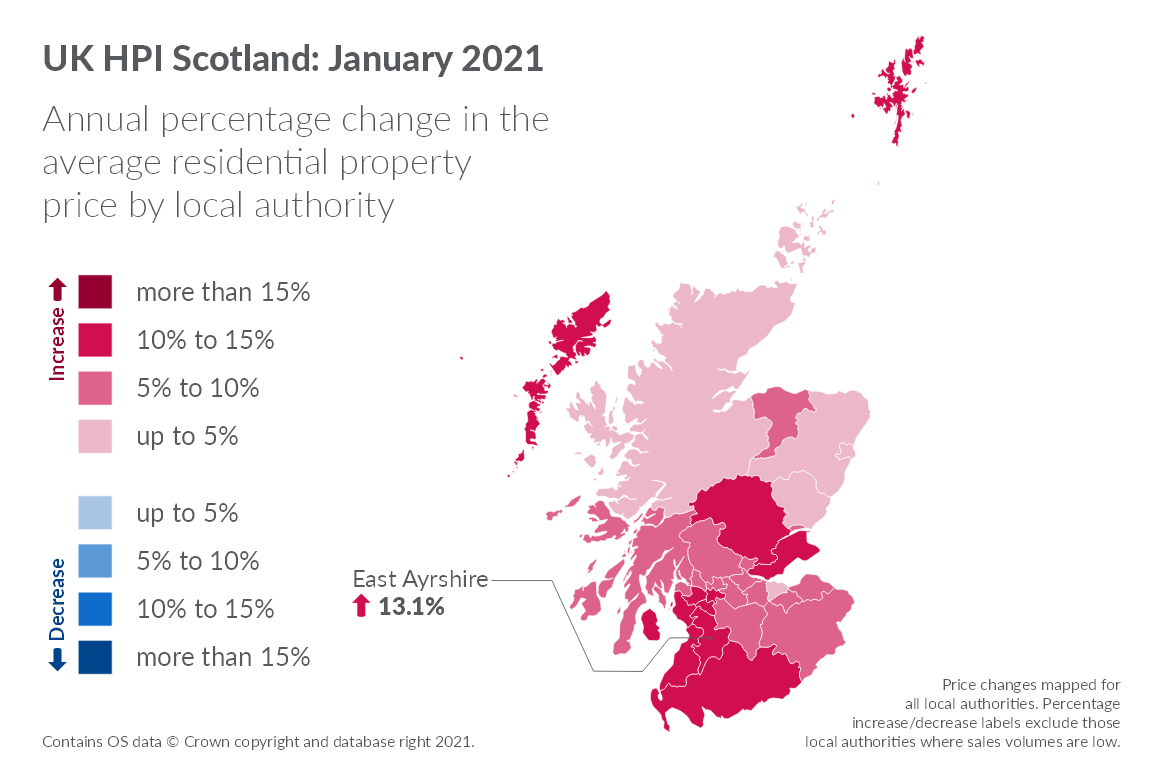 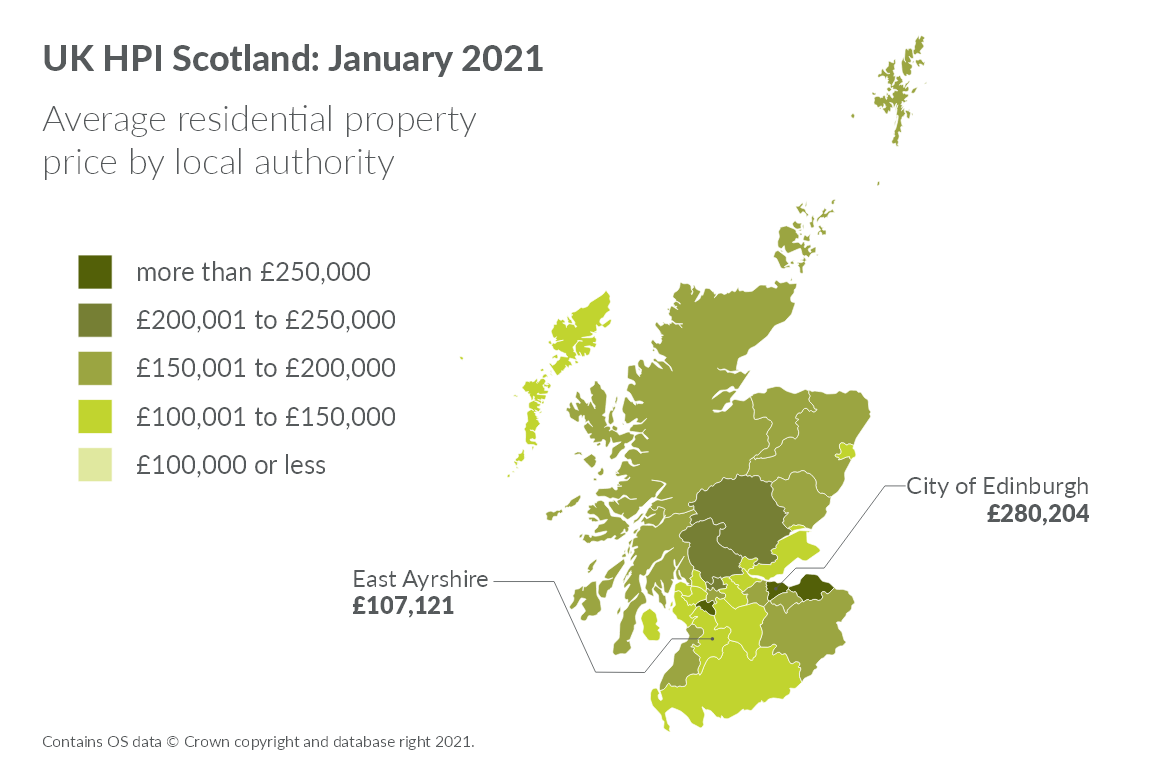 As with other indicators in the housing market, which typically fluctuate from month-to-month, it is important not to put too much weight on one month’s set of house price data. This has been particularly important over recent months, as COVID-19 has affected the volume of transactions within the market, making trends between months more volatile than usual and will continue to be important over the coming months as the ongoing impact of COVID-19 on the housing market and the economy becomes clear.