The Edinburgh-based pro interrupted his preparations for the Dunhill Links Championship to coach kids at Blairgowrie Golf Club, which hosted the 2014 Junior Ryder Cup.

Ramsay is sponsored by capital-based Carbon Financial, which enjoys a corporate partnership with the Big County club. 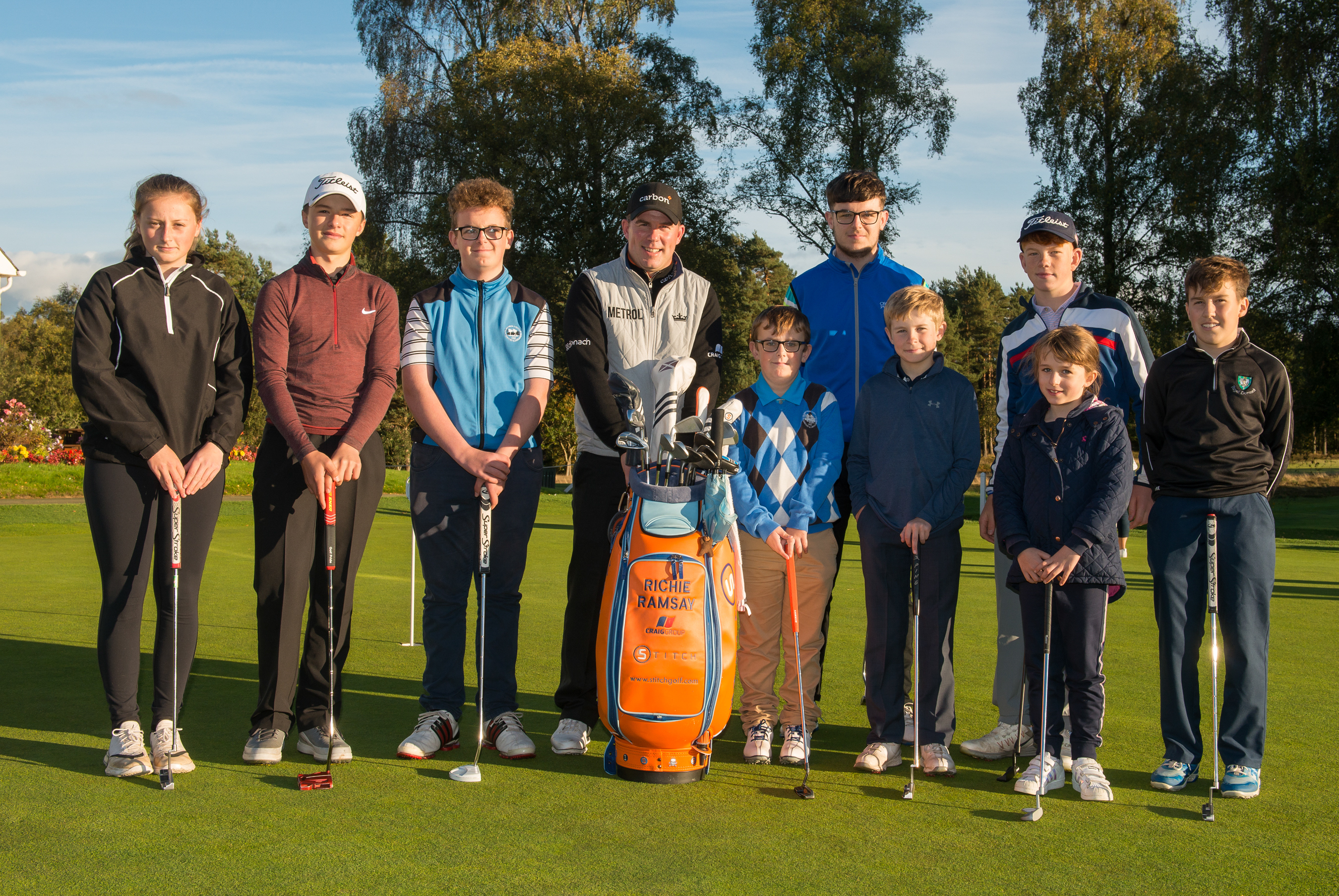 “It was great to see youngsters so enthusiastic about their golf and keen to learn,” said the three times Tour winner.
“I was playing Rosemount earlier in the day and the facilities at the club are ideal for members and visitors.
“There is an ambitious youth development programme in place and I was happy to give the kids a few pointers.”

Ramsay still has three events left this season – the Dunhill Links Championship, The British Masters and the Valderrama Masters.

“It is fantastic that the team from Carbon are being so supportive.
“Not only was Richie chatting to the boys and girls and demonstrating how to hit specific shot shapes but he also made time for one-to one coaching with every single one of them.
“He answered all their questions and recounted his junior and student years at Royal Aberdeen and Stirling University.
“Richie provided lots of encouragement, saying he was amazed at the quality of golf on show and that his swing didn’t look half as good as some of those that were on display from our juniors at an equivalent age.
“Personal encouragement like this from a highly respected multi-event winning European Tour Professional, former US Amateur Champion and Walker Cup player provides an incredible amount of self-belief that our juniors can achieve everything they wish for from the game of golf, if they adopt a similar mindset.”