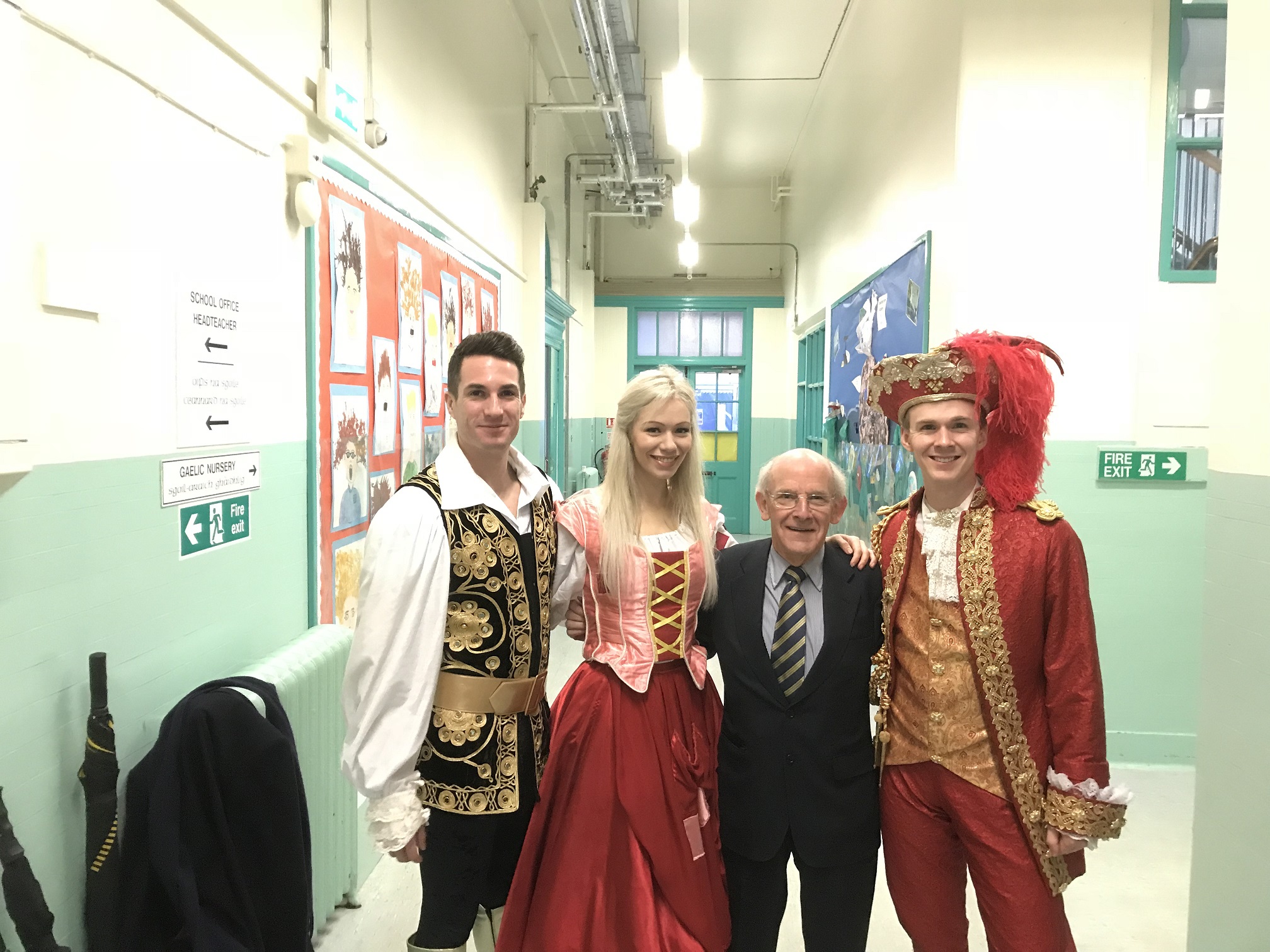 A city developer brought Christmas cheer to an Edinburgh school when he announced he would double the £5000 donation he had already made to assist with playground improvements.

Friends of Tollcross Primary welcomed the festive generosity from George Stevenson, chairman of GSS Developments Ltd, when he visited the project with Cinderella panto stars from the nearby King’s Theatre.

The company earlier donated £5000 to help start phase one of playground improvements after an appeal from Mairi Bannerman of the Friends of Tollcross Primary School.

During the visit Mr Stevenson announced that to mark 50 years in business in 2018 he will donate £50,000 to various charities and has earmarked another £5000 for the playground project.

Mairi Bannerman said: “In such a built-up area this playground is an important asset to youngsters in the Tollcross area and it is used by approximately 400 local children of all ages.

“It was badly in need of some love and attention so we approached local businesses to gather support and we were delighted when GSS Developments answered the call.

“Their generous donation ensured we could get the ball rolling with phase one and it also encouraged other businesses to get on board. This second donation of £5000 was unexpected and we are thrilled as it means we can go ahead much quicker than expected with the second round of improvements.”

Mr Stevenson said he was delighted to see the progress made at the playground and that his company’s contribution was making a difference.

He said: “Since we started the 2 Semple Street project we have become increasingly aware of the vibrant community on our doorstep and we are delighted our donation will have a meaningful impact on youngsters living locally and attending Tollcross Primary.

“On reaching 50 years in the construction and commercial property business it seemed appropriate to donate £50,000 to charity over the next year and £5000 of that will help Friends of Tollcross Primary go forward with their very worthy improvement programme.”