Time is running out to find Scotland’s ‘Heritage Angels’ 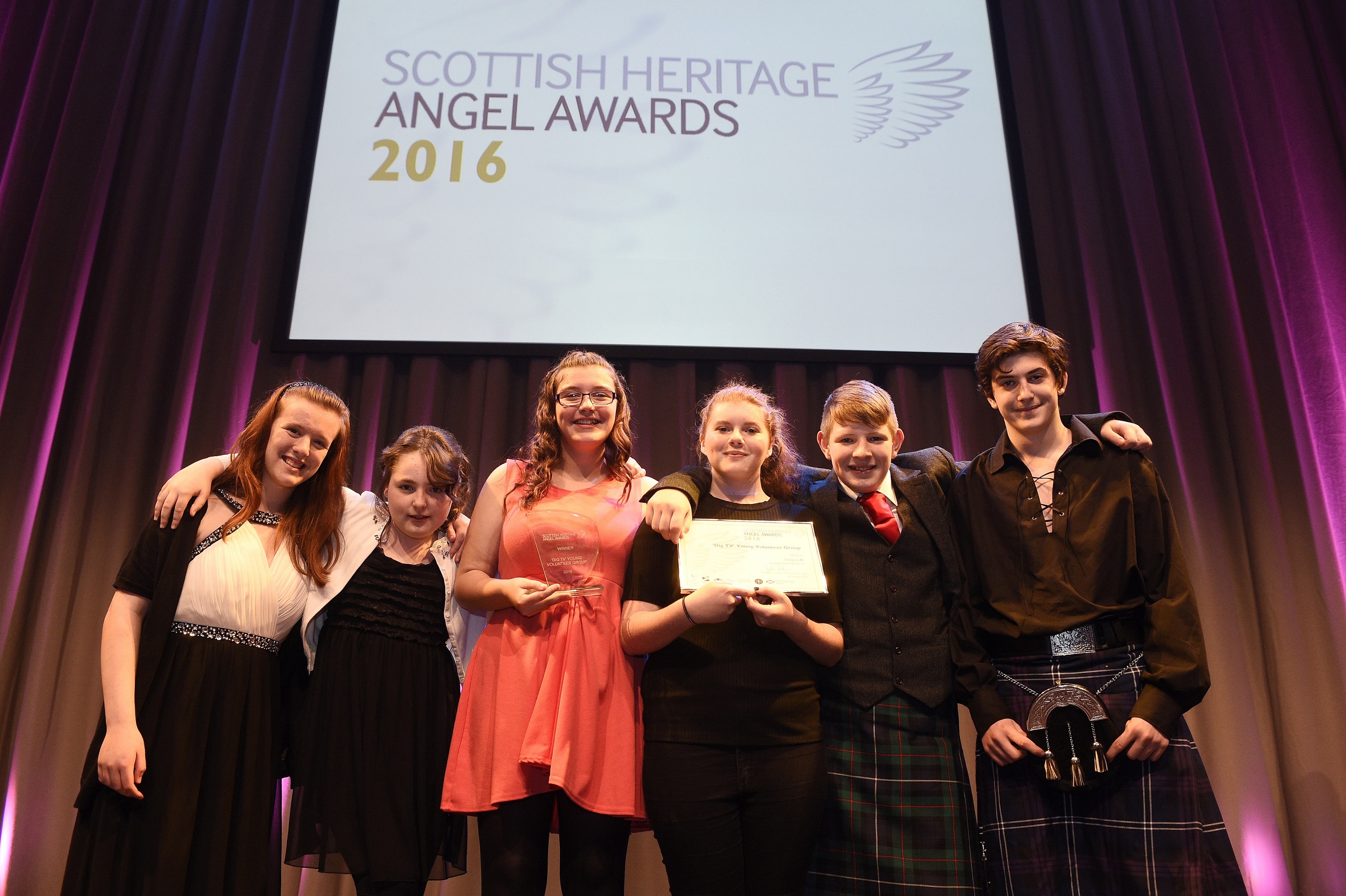 Nominations will soon close for the Scottish Heritage Angels Awards 2017, and groups and individuals – or ‘Angels’ – who have played a special part in caring for, recording and celebrating the nation’s historic environment are being urged to enter before the deadline of Friday 11th August.

Launched in 2014 and funded by the Andrew Lloyd Webber Foundation (ALWF), and run by the Scottish Civic Trust in partnership with Historic Environment Scotland, Archaeology Scotland and the Scottish Government, the scheme seeks to celebrate both groups and individuals who have gone above and beyond in their efforts to promote, protect and, in many cases, rescue Scotland’s heritage.

Last year saw entry submissions from the length and breadth of Scotland, with eventual winners including Mark Cranston, for his remarkable efforts to collect, catalogue and research Scottish bricks, and Dig TV, a television channel run entirely by young people to highlight an archaeological dig in Dumfries, which scooped the first Young Heritage Angel award.

This year, a brand new set of categories have been introduced for the Scottish Heritage Angel Awards. They are:

Nominations close on Friday 11th August. A panel of heritage experts will have the tough task of whittling down shortlists for each category and a panel of judges will choose the eventual winners who will be announced at the Scottish Heritage Angels Awards ceremony on Monday 16th October at the Assembly Rooms in Edinburgh.

In an exciting first, an overall winner from the Heritage Angel Awards in Scotland, England and Northern Ireland will be selected and crowned at the London ceremony.

John Pelan, Director of the Scottish Civic Trust, said:” With just days to go until the deadline, we’re urging people to get their entries and nominations in before 11th August.

“This year we’re looking for professionals and apprentices, as well as volunteers and voluntary groups who can demonstrate that their project has had a wider community benefit.

“Last year we showcased some wonderful projects reflecting the scale and diversity of heritage initiatives throughout the country, and I am confident that in in this Year of History, Heritage and Archaeology we can do so again.”

“Too often the individuals and groups who work tirelessly to protect their local historic buildings go unnoticed. We set up the Angel Awards in Scotland three years ago to change all that. I encourage everyone to come forward and celebrate these stars of heritage – those who keep our heritage alive and thriving for the next generation deserve to stand in the spotlight.”

For full details on how to enter the 2017 Scottish Heritage Angel Awards, nominate someone else for an award or find out about our previous winners, please visit www.scottishheritageangelawards.org.uk.

Keep up to date with the latest from the Scottish Heritage Angel Awards on Twitter at @ScotAngelAwards.